What does the election of Donald Trump in November 2016 mean for American power and for global order? Like everyone else I’ve been struggling to formulate a coherent answer. Like everyone else I find myself torn between competing interpretive impulses.

My meandering thought process has resulted in a series of essays, talks and blogposts the most recent of which is the long essay published in the LRB this week (which also has an audio version). 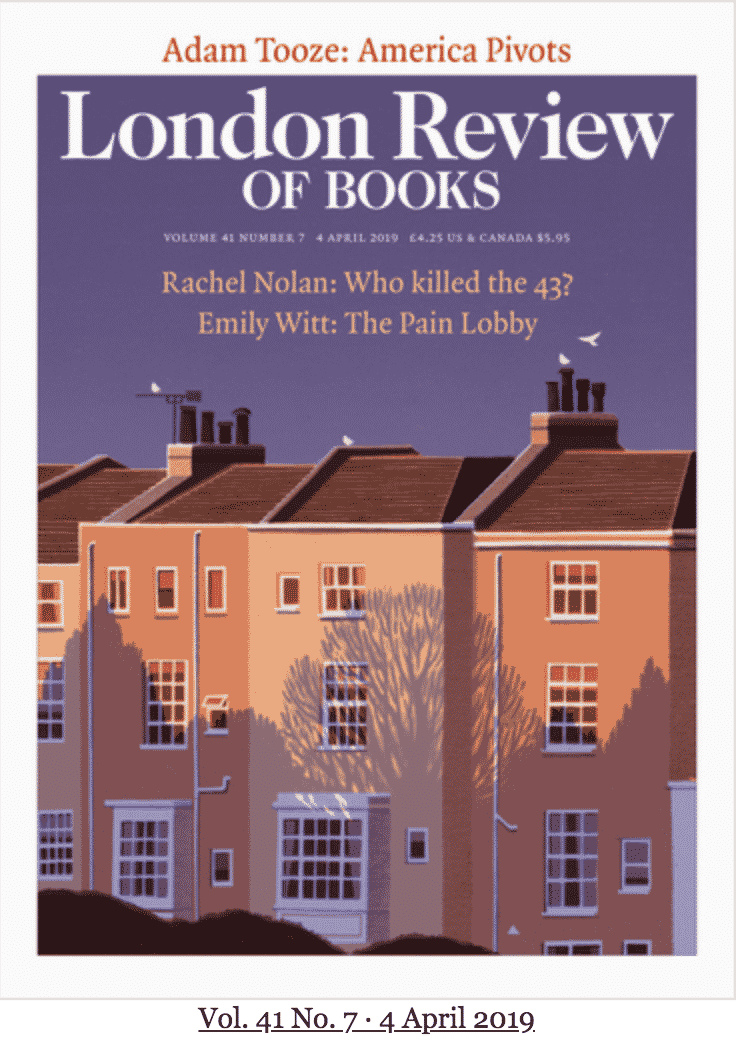 My other pieces, in what will no doubt be an ongoing effort, include the following:

A LRB winter lecture: video here. As you will see completely different than the essay that emerged from it.

and the blogpost dialogue with Adler and Varoufakis which spun out of that.

A Davos talk on a panel chaired by Martin Wolf.

Some notes on aircraft carriers in the age of the anthropocene and the temporalities of American military power and climate change.

Some notes on the National Security Strategy 2017.

I am collecting this material here in an effort to impose more clarity on my own thinking and to draw out connections that were not obvious to me in the mad rush of the last few months.

In framing this week’s LRB essay I am grateful for a provocative talk that Daniel Sargent of Berkeley gave to the AHA, in which he made a bold comparison between Trump and Napoleon. My LRB pieces engages critically with that suggestion, but I am truly grateful to him for posing the question in those terms. Anyone willing to give that kind of talk at the AHA is a friend of mine. This comment by Daniel Immerwahr is also worth reading.

In this week’s LRB essay, to speak in rather high falutin terms, my approach is synchronic. I start in the present and ask the question: has Trump actually broken anything fundamental? The answer I give is that his brand of Republicanism refuses assimilation by bien pensant global opinion. In political terms, therefore, the legitimacy of American power is at a low ebb. But this is a recurring problem of recent decades, driven by the long-term ideological and political development of the American right. We have to recognize that this is a feature not a bug of the real existing American order. But, despite this political culture clash, the basic structures of American power – military and financial – are not just intact, in important respects they are being reinforced. As I argue in Crashed, the 2008 crisis reasserted dollar dominance. American military dominance remains extraordinary. It was the Obama administration that initiated the “pivot” to Asia. The Trump administration is ramping up and modernizing defense spending. In that sense the basic pillars of American world order remain in place, but they are no longer buttressed by strong, affirmative political ties. The phrase I had echoing around in my head in writing the piece was “dominance without hegemony” (Guha), though that may overstate the point.

If there is anything truly novel about the current situation, it is not the progressive degeneration of the Republican party as a party of government, it is the spectacular shift in global power constituted by the rise of China. As the Trumpites never tire of emphasizing, a previous generation of American globalists actually facilitated China’s rise. It was a thrill at Georgetown to be on a panel with Bob Zoellick, who was a key figure in formulating US economic grand strategy in the 1990s and 2000s. Now Washington is in reactive mode. How that confrontation will play out remains to be seen.

What is unique about China’s rise? Its non-Western. It’s China! It’s gigantic. Far larger than any growth process that we have previously witnessed. It is astonishingly fast. It is deeply imbricated with Western capitalism. It is thoroughly modern in its approach to science and technology. Its political system is authoritarian and derived from revolutionary communism with Chinese characteristics.

It is the rise of China, not Trump’s antics that define our current moment as spectacularly new. This calls into question the entire narrative of Western triumph since 1989. If the West won the Cold War with the Soviet Union, did it win the Cold War that mattered? But the world historic significance of China’s rise goes beyond that. In its scale it dwarfs any previous “power shift” that we have witnessed in modern history. Western thinking about global order really has no categories for thinking about this problem, because our thinking about international relations is in fact framed by the period of Western dominance. This is a point I particularly emphasized on the Davos panel from round about minute 18 in the video.

There are, of course, those who imagine that China’s rise might be stopped in its tracks by some internal crisis – economic, ethnic, demographic, environmental, political. But that China skepticism has about it a defensive quality. Furthermore, at this point, a deep China crisis would itself be of world historic and world economic significance. And if such a crisis can be blamed by Chinese nationalists on the aggression of Western containment policy, the political ramifications are nightmarish. The stakes that we are playing for a terrifyingly high.

The other great global challenge that fundamentally explodes the frame of all our discussions about world order and American power is climate change. I addressed this issue at the very end of the LRB lecture in the Q and A at minute 1:33. I addressed it in a blogpost in 2018. It is my next writing assignment for Foreign Policy.

The first piece I wrote on Trump appeared back in January 2017 for the German weekly Die Zeit. It is available in English here.

Writing for a German audience my first aim was to point out how much the experience of American power has varied across the world – folks in Central America are not going to be terribly shocked by the appearance of an “ugly American” in the White House. If there is anyone who truly is, it is decision-makers in the Federal Republic of Germany. For them, in particular, it is hard to imagine an American power that is not “good”. In part this is because Germany, in the form of the “hunnish” Kaiser and the evil of Hitler’s regime, was so crucial in the historic construction of America as the benign hegemon. 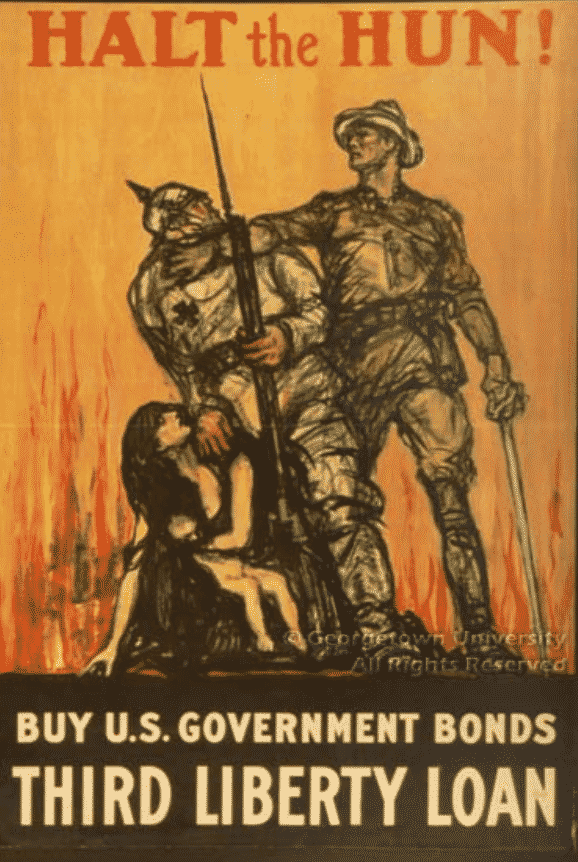 But, as I began to argue in the Die Zeit essay, understanding our current moment also requires a complex chronology of American power. Far from having been constituted as a solid chronological bloc extending from 1945 until 2016, American hegemony had to be made and remade. Its history has proceeded through several periods of deep crisis and contingency.

This diachronic approach to understanding the extent and limits of American world order, is what I returned to in the column for Foreign Policy that was triggered by Davos 2019. The diachronic approach seemed significant politically because reference to the New Deal, Bretton Woods and the Marshall Plan remain so salient in contemporary political debate.

This critique of Bretton Woods nostalgia engendered a debate with David Adler and Yanis Varoufakis of Diem25 about how to imagine the possibilities for a progressive economic policy beyond the very peculiar circumstances of the mid-century moment. This was further stimulated by the workshop on realism hosted by Matthew Specter and Daniel Bessner at Duke. I pursued this in a blogpost here.

This emphasis on discontinuity, contingency and conflict in the construction of American power is also, of course, in the mainstream of recent academic histories of American power and politics. Not for nothing have the 1970s emerged as a key point of focus in recent books by Meg Jacobs, Brands, Sargent.

The genealogy of our modern world, in which fiat money provides the basis of our economic constitution, has to be traced to the early 1970s. That was the moment at which Nixon withdrew American support for the gold standard. It is the moment of the first shock of globalization, the struggles over stagflation, the crisis of governability and the realignment of democratic politics in the west, the final bloody spasm of the Cold War in Asia – as impressively documented in Paul Chamberlain’s powerful new book Cold War Killing Fields – and the terrifying nuclear escalation in Europe of the early 1980s. 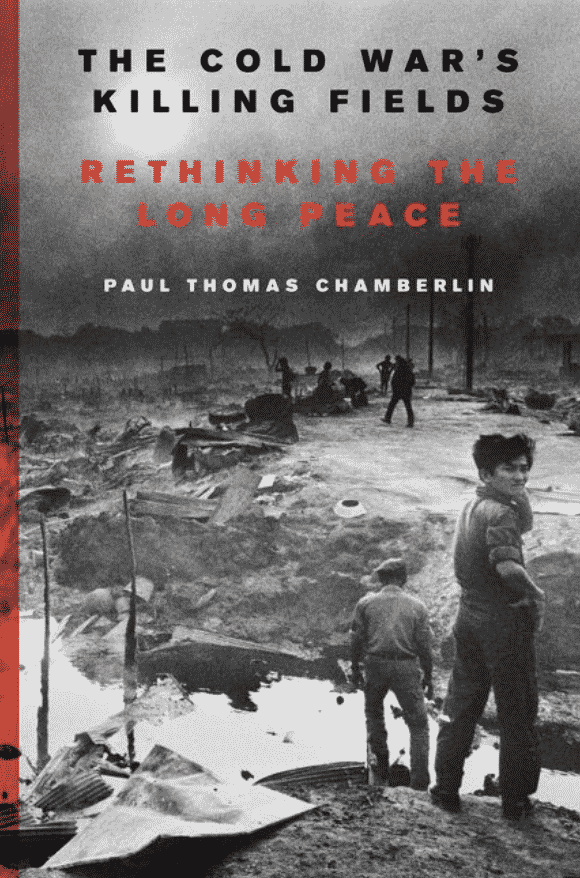 Focusing on the 1970s is also important, to understand the subsequent narrative. It was overcoming the crises of the 1970s that framed the great complacency that followed with the “victory” of the West in 1989, the “market revolution”, the “third wave of democracy”, the “great moderation”, the “Washington consensus”, the “end of history”, the “unipolar moment”, the “unification of Europe”. It is really that epoch of the 1990s that forms the reference point for the nostalgia of the Davos crowd. When they talk about a postwar moment they are really thinking about the aftermath of the Cold War not 1945.

But as I argued in the LRB winter lecture even at that moment, even in the 1990s, the appearance of stability and closure and moderation was in many respects deceptive. 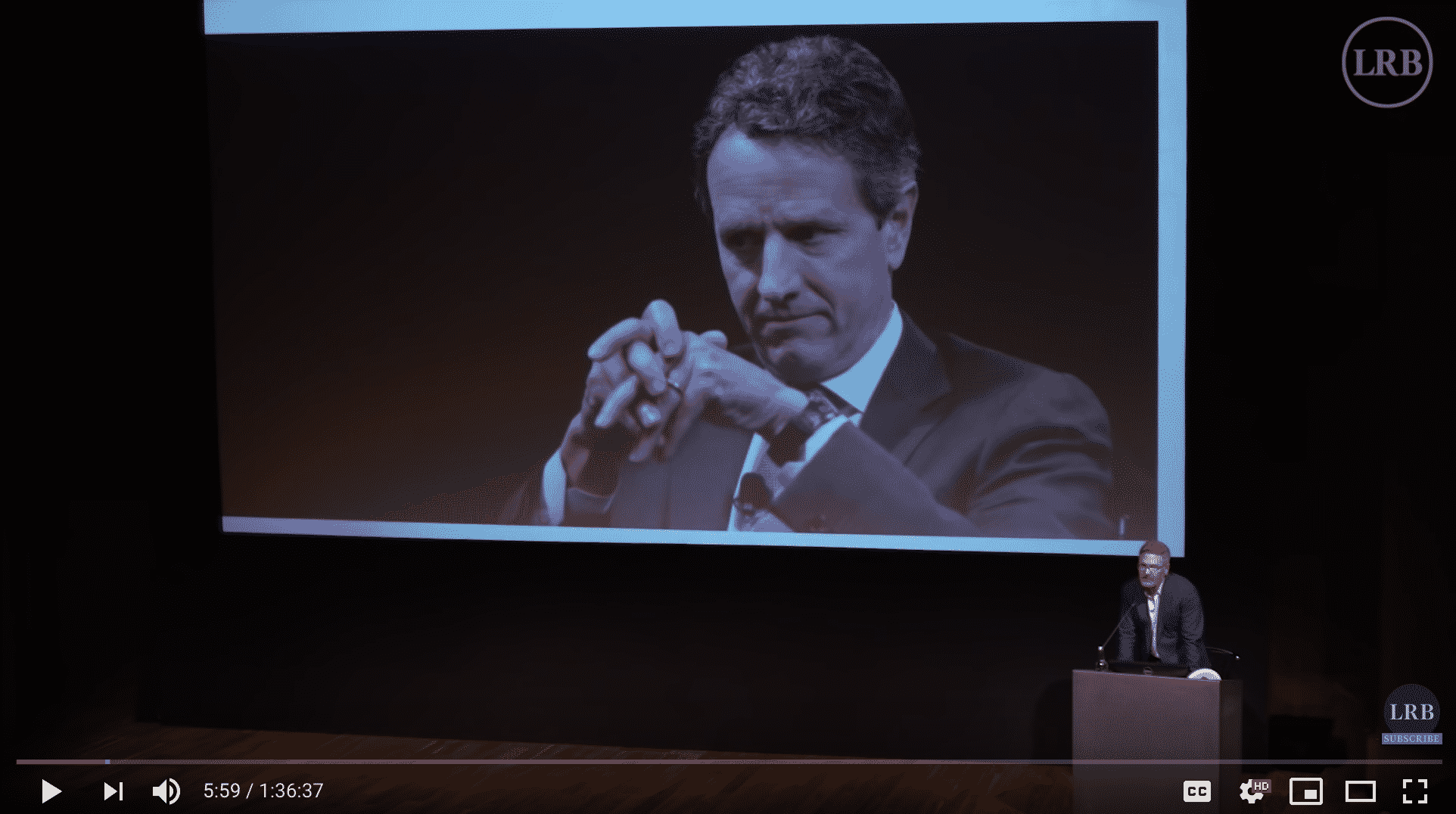 The title of my LRB winter talk in February was taken from an interview with Tim Geithner, whose meteoric career took off in the 1990s. Even then, in what in retrospect seems like the heyday of a new American hegemony, it seemed to Geithner that America had been “defying gravity”. That phrase haunted me and I used it in the lecture as the key to offering a more fragmented, contingent and precarious view of American power in the 20th century.

The expanse of that argument went beyond what I thought I could pull off in a short essay, especially one written in the hungover, hectic and jet lagged weeks that followed Dana and my fabulous wedding celebrations in NYC and London. So, in the LRB essay I opted for the more compact synchronic take. But the diachronic argument still needs to be made.

Shortly after returning from London I had another chance to do so in the Lloyd George lecture at Georgetown. Since this is a massive file I will post it to a separate blogpost to follow as soon as time permits.

PrevPreviousFraming Crashed (10): “A New Bretton Woods” and the problem of “economic order” – also a reply to Adler and Varoufakis
NextNotes on Social Theory: Laudatio for Danilo Scholz, Winner of the Heinrich Mann Prize 2019Next
related posts