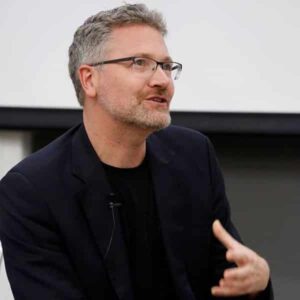 Adam holds the Shelby Cullom Davis chair of History at Columbia University and serves as Director of the European Institute. In 2019, Foreign Policy Magazine named him one of the top Global Thinkers of the decade.

Download a copy of his full Curriculum Vitae here.

Adam was born in London. He grew up between England and Heidelberg Germany. Having received his BA in Economics from King’s College Cambridge in the summer of 1989, he had the good fortune to witness the end of the Cold War in Berlin, where he began his postgraduate studies. He went on to take his PhD from the London School of Economics. From 1996 to 2009 Adam taught at the University of Cambridge, where he was Reader in Modern History and Gurnee Hart fellow in History at Jesus College. After Cambridge, Adam was appointed to the Barton M. Biggs Professorship at Yale University, where he succeeded Paul Kennedy as the Director of International Security Studies. Adam joined Columbia’s history department in the summer of 2015.

Adam’s first book, Statistics and the German State: the Making of Modern Economic Knowledge appeared in 2001. Wages of Destruction: the Making and Breaking of the Nazi Economy was published in 2006 and Deluge: The Great War and the Remaking of the Global Order 1916-1931 in 2014.

For these books Adam won the Leverhulme prize fellowship, the H-Soz-Kult Historisches Buch Prize, the Longman History Today Prize, the Wolfson Prize and the LA Times History Prize. He was shortlisted for the Kirkus review, Duff Cooper and Hessel Tiltman prize and his books have featured in the book of the year lists of the Financial Times, LA Times, Kirkus Review, Foreign Affairs and the Economist.

Adam’s books have been translated into eleven languages.

He has written and reviewed for the Financial Times, the Guardian, the Sunday Telegraph, the TLS, the LRB, the New left Review, the New Statesman, the WSJ, the New York Times, the New York Review of books, Dissent, Die Zeit, Spiegel, TAZ and the Sueddeutsche Zeitung.

Adam is represented by Andrew Wylie and Sarah Chalfant of the Wylie literary agency.