Framing Crashed (6): The Politics of Keynesianism 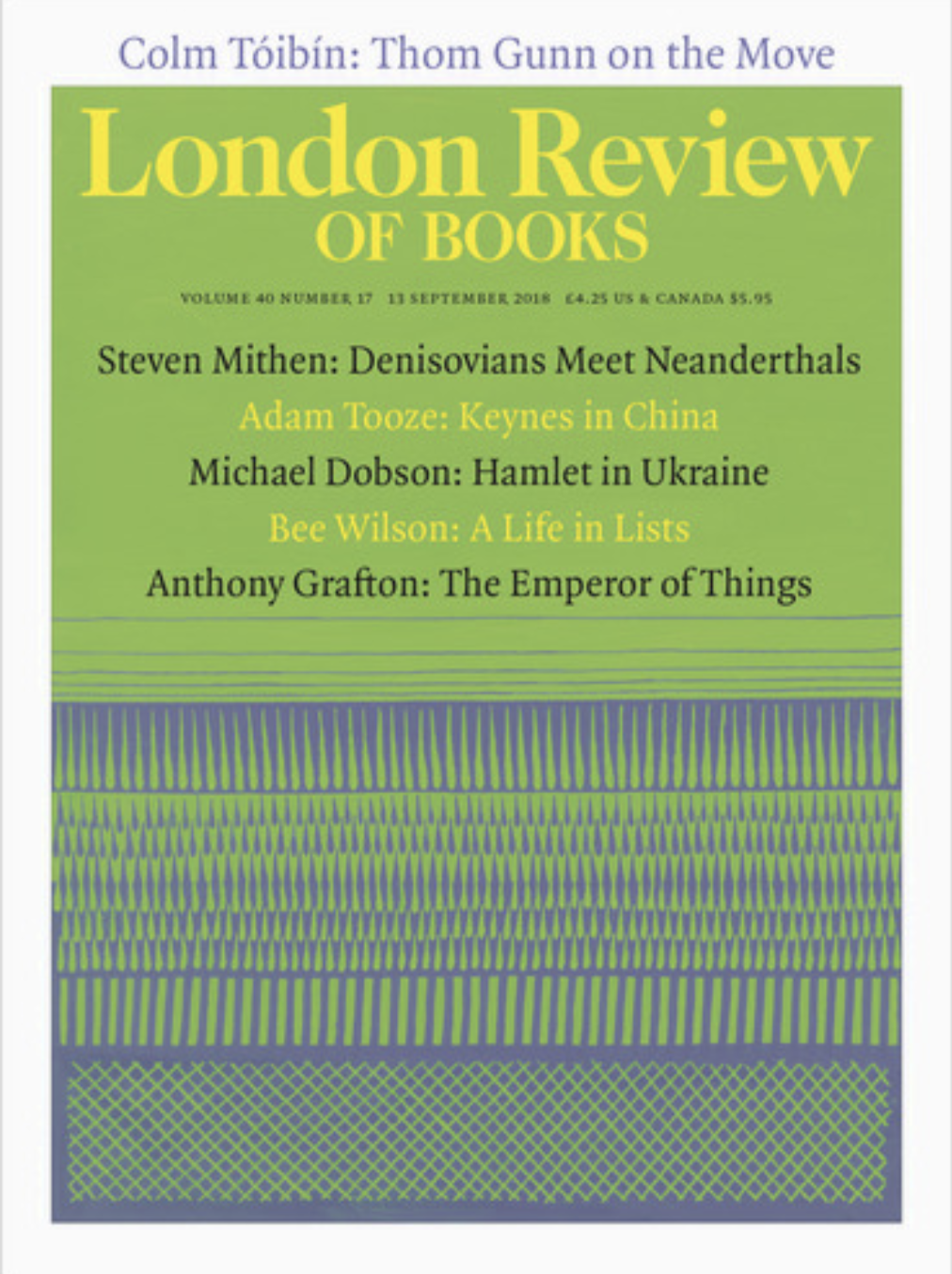 Crashed is a book about a crisis of capitalism. It is centrally preoccupied with the relationship between democracy, government and economics. But, as some reviewers have noticed, it is not a Marxist account. The politics of Crashed are Keynesian.

I recently had the chance to elaborate what I take that to mean in a long piece for the LRB on Geoff Mann’s brilliant book: In the Long-Run We Are All dead: Keynesianism, Political Economy and Revolution (Verso, 2017). 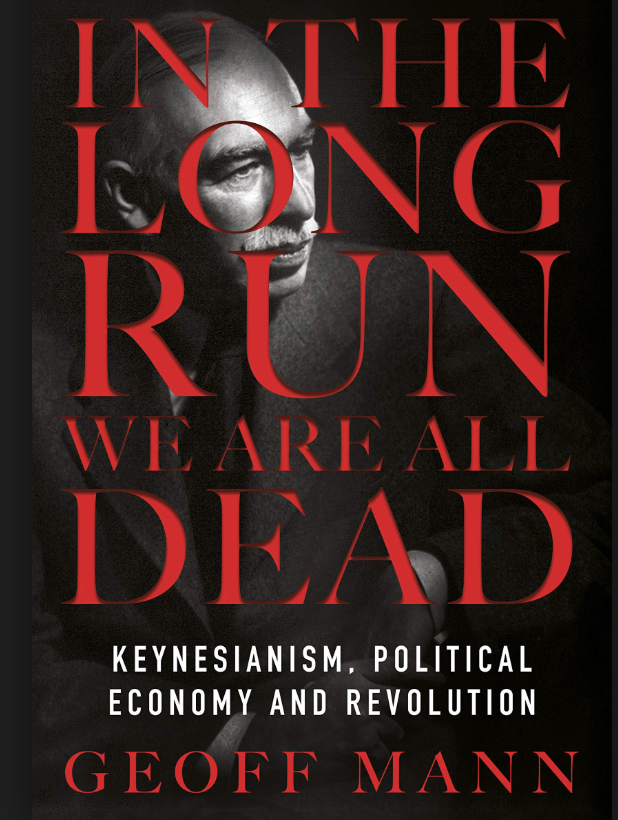 I take liberal Keynesianism and left Keynesianism to be modes of government that takes seriously the profound problems that chronically afflict capitalism and threaten to make it untenable in democratic terms. It is undeniably also a politics of a particular social class. It is a politics of the educated. Keynes described himself as “educated bourgeoisie”. Today one might speak of a managerial “class” or class faction and their hangers on, which presumably include academics. Historically, it is a politics that traces its lineage to the aftermath of revolution and once entertained a deeply ambiguous relationship to the revolutionary tradition.

Geoff Mann reads Keynes from the outside from a radical vantage point. He does a brilliant job updating and elaborating the radical critique of Keynes pioneered by European Marxist thinkers like Antonio Negri.

What makes Geoff’s book particularly impressive, however, is that he refuses to conclusively reject Keynesianism but acknowledges his own entanglement with it.

My own approach starts from that same juxtaposition of Marxist and other continental critical theory with Keynesian liberalism. But my position is the mirror image of Geoff’s. I tend to resolve the tension towards the “Keynesian side”, but without being able to disentangle myself from the compelling force of critical theory.

As Geoff correctly highlights, a Burkean critique of the French revolution was foundational for Keynes. I find this the least compelling aspect of his politics. In Deluge I sought to recuperate the radical politics of Clemenceau from the condescension heaped on him both by Anglo-American liberals like Keynes and by the left. As Mann points out, Keynes was woefully ignorant of both Hegel and Marx. 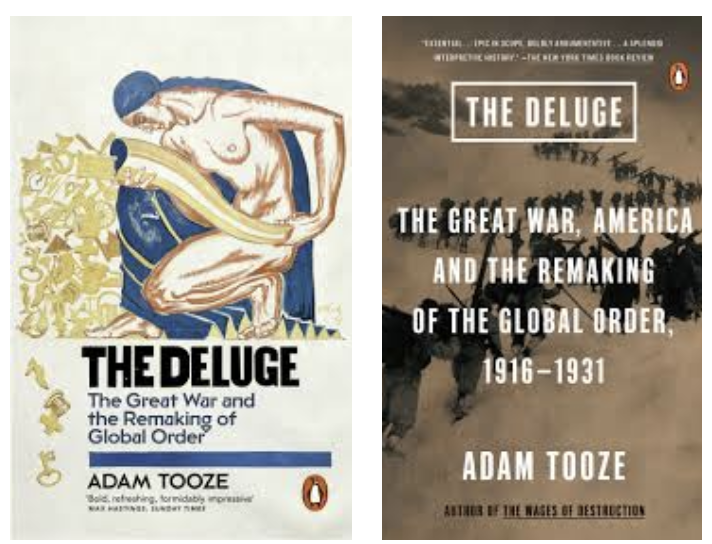 I do not see how any liberalism can be in good faith that does not at least attempt to wrestle with the critiques leveled at it since the mid nineteenth century above all from the left, but also by conservative intellectuals. Not only is it not in good faith but it deprives itself of intelligence and fails to understand its own position. Obviously this also makes figures from the French scene like Merleau-Ponty and Aron into reference points.

This tension for me goes all the way back to my student years and even my first book on the origins of macroeconomics is embroiled with it. But more recently I began to think hard about Keynes at Yale whilst I was writing Deluge and engaged in a multi-year reading group in the philosophy of history.

Deluge emerged from that both as an account of the political economy of WWI and as an effort to recuperate a positive account of European liberalism from the wreckage of World War I and from Keynes’s own critique in the Economic Consequences of the Peace. Deluge is thus at one and the same time a Keynesian book (inspired by the Keynes of the Essays in Persuasion) and anti-Keynesian book (a critique of the Keynes of the Economic Consequences of the Peace). 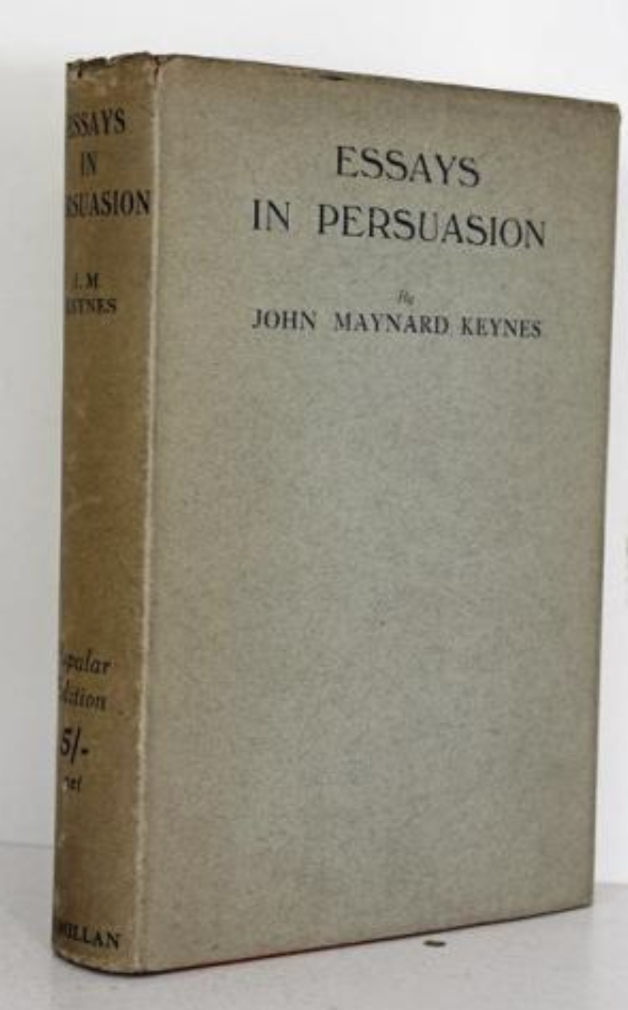 In the fall of 2013, as I was finishing the manuscript of Deluge, I began teaching the course on the history of the Great Recession that would spawn Crashed. Clearly, we were once again living through a profound crisis of the liberal order. Once more the trans-Atlantic axis was at the heart of events. Neoliberalism’s own terms provided us little help with understanding it. I had Keynes on my mind and the thinker of liberal reconstruction that I had encountered in Deluge seemed in many ways more relevant than ever. This led me to put together a slide pack of notes on Keynes’s collection Essays in Persuasion (1931).

You can download these notes here: Tooze Keynes And the Calculations of Liberalism September 2018

Rather than making Geoff’s move to Marxist social theory and from there to Hegel, my focus was on a close reading of Keynes’s diagnosis of interwar political economy. The slide pack is long, but the Keynes material is worth the effort! And despite our differences, Geoff and my reading of Keynes’s politics is eerily aligned.

The key to understanding Keynes’s politics is what Geoff calls his Machiavellian conception of politics, which makes the boundary between politics and the economy fluid. For paleoliberalism policing those boundaries and making them rigid was an obsession. In Keynesianism their manipulation becomes the key variable in liberalism’s updated repertoire of politics and government. As Essays in Persuasion make clear, it is not just the economy, but the entire social and cultural system that Keynes puts in play.

What I try to show in Crashed is how the crisis of 2008 forced a spectacular shift in the range of government intervention. This involved not only monetary and fiscal policy, but also a dramatic extension of the macroprudential regime in the name of financial stability. It was by no means a demonstration of the simple and domineering power of capital markets. Wherever there were activist central banks and an ability to withstand a currency devaluation the bond vigilantes were held at bay. Admittedly, there was no structural transformation of the banking system and no exemplary punishment. But the new regime of oversight, regulation and governance of the financial sector offers scope for far more dramatic guidance of the financial system, if the political will could be mustered behind it. As Keynes said the key is to keep “minds flexible” and to push the argument in “detail”.