Modern History: Viewing the Age of Extremes from South Korea 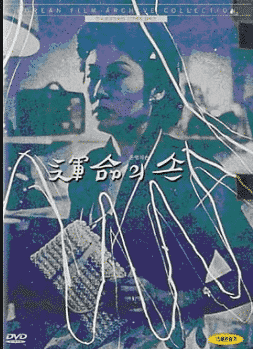 One of the urgent challenges for the Western historical imagination is to come to terms as best we can with how different the twentieth and twenty-first centuries appear when viewed from the “Asian” perspective. And we have to start by reckoning with how many contending and differentiated perspectives are actually packed within the unhelpful category of “Asia”. Like so many other Western historians, I’ve been chewing on this for a while. But the urgency and promise of the task was brought home to me once again at a workshop organized by University of Michigan graduate students at the Eisenberg Institute for Historical Studies. It was a great event, offering a varied array of papers that were both individually and collectively impressive. I’ll blog about it bit by bit. But the promise of reorientation was driven home hard by two papers on South Korean culture politics in the aftermath of the Cold War by grad students Jisoo Lee (History) and Minna Lee (Department of Asian Languages and Cultures).

Jisoo Lee offered hard-hitting comments on the conventional construction of the Cold War and its confining impact on East Asian historiography. Through a reading of 1950s and early 1960s film she offered a bracing interpretation of the asymmetries in the relations of China and the US with South and North Korea respectively. In the shadow of the war, she showed how South Korean films offered a slyly subversive critique of American power in the region. This she traced to the disorientating effect on South Korean filmmakers of the substitution after 1945 of the familiar binary of colonizer v. colonized, by a West v. East, capitalism v. communism split. As Lee put it: “…following the end of Japanese colonial rule, South Korea was never able to properly work out its colonial relationship with Japan at the subjective level (even to the present day) because the US engineered good relations between the two as a bulwark against communism. The decolonization process in East Asia is interrupted with the US occupation of Japan after World War II, as this changed the latter’s status from colonizer to colonized. The US saw (and still sees) the cold war only in East-West terms, when the problems confronting countries such as China, North Korea, and South Korea were North-South issues.” Within the ideological and historiographical force field of the Cold War, Jisoo Lee proposed to recover the essential importance of “post-coloniality in thinking about the situation of the two Koreas, and the subjectivities formed by the conflicts.”

Other dimensions of tension were revealed by Minna Lee’s sophisticated reinterpretation of the response by South Korean intellectuals to Cold War humanism. She took as her object of study the Family of Man exhibition hosted by MoMA and curated by Steichen. Drawing on contemporary sources Lee developed a truly telling riposte to Roland Barthes’s familiar critique of the exhibition. 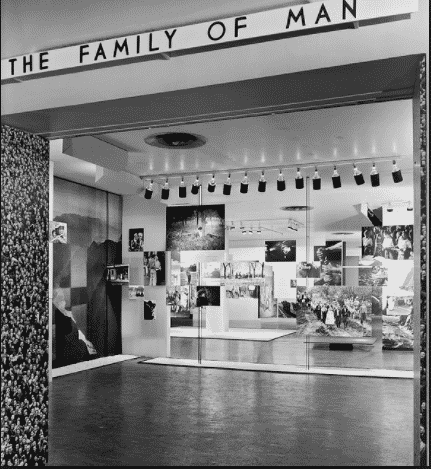 “According to Barthes, the logic of equivalency undergirding Steichen’s humanist project effectively erased the constitutive role of history and the social. In their stead, the photos of birth, death, and human life invoked the seemingly timeless and axiomatic forces of religion, nature, and myth. Without for a moment denying the intellectual and moral portent of Barthes critique of the exhibition’s underlying ideology, however, many others (South Korean intellectuals) did not see the universal humanist tenor of the exhibition as mere abstraction or myth. Why, then, did so many Korean photographers welcome the message of universalism delivered by The Family of Men? To put it simply, experiences of life and death, the so-called universal constants of humanity, resonated in concrete terms for Koreans whose experience of war, only three years earlier, was still fresh on their minds in 1956. After three years of bloodshed on both sides of the 38th parallel, countless families had been uprooted and torn apart, matched only by the number of lives lost along the way. And just as the outcome of the war remained in perpetual suspension, so, too, were the lives of so many Koreans caught between life and death, the past and future. For Im Ŭng-sik, and indeed, so many others Koreans who had witnessed this human toll firsthand, history hardly seemed in danger of imminent erasure … “. 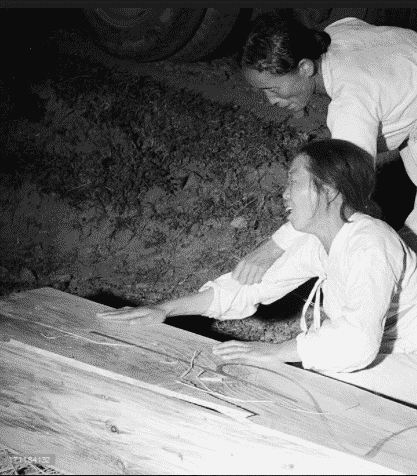 The degree to which humanism functions as a general ideological bromide depends on who much and what kind of “inhumanity” you have recently been caught up in. Specifically, Lee shows that one of Bourke-White’s photos showing a mother engaged in the apparently universal act of grieving over a rough-hewn coffin was so politically explosive that it was removed from the exhibition when it travelled to South Korea. As Minna Lee tells us: “Taken during Bourke-White’s tour with the South Korean Army, the photograph can be traced to the city of Yŏsu, one of the major sites of civilian massacre in the early days of the new republic in 1948. The massacre was the tragic outcome of the fledging Rhee Syngman’s government’s violent anticommunist suppression campaign against an attempted insurgency that began in the nearby island of Jeju, and which quickly spread across the southern region of the peninsula.25 Though the campaign lasted only a week in Yŏsu, like many other sites, civilians accounted for the majority of the casualties.26 Following the 1948 massacre, guerrilla activities and attendant suppression continued throughout the area over the next several years and into 1952, when a brief stalemate during the Korean War allowed Bourke-White to travel to Yŏsu and bear witness to the crimes of the newly formed nation-state.”[1]

As Minna Lee shows the problem of South Korea’s contorted position in the Cold War, the problem highlighted by Jisoo Lee, gave South Korea’s intellectuals a particular purchase on the question of humanism. “Still, if the discourse of the ‘crisis of man’ unfolded in the West from an enunciative position that was more secure in its claims to universality, then the Korean intellectuals had the dual task of resolving a crisis of subjectivity both in terms of their own particularity, as well as the place of their experience within the ‘universal’ world. In this regard, the Korean War became a critical marker for reconfiguring South Korea’s relationship with the world at large. As many endeavored to define the subjectivity of the postwar moment through the historical lens of a global (capitalist) modernity, the Korean War became at once a struggle for postcolonial independence, a civil war, and a global conflict characterized as a “war of mankind […] at the vanguard of solving issues of the world.”[2]

No wonder, one is tempted to remark, there has been such a striking and productive interest on the part of Korean scholars in German history. A reciprocal engagement is long overdue.

With thanks to Jisoo Lee and Minna Lee for their comments on earlier drafts of the post.