America’s Political Economy: Class, the Republicans and the Fed 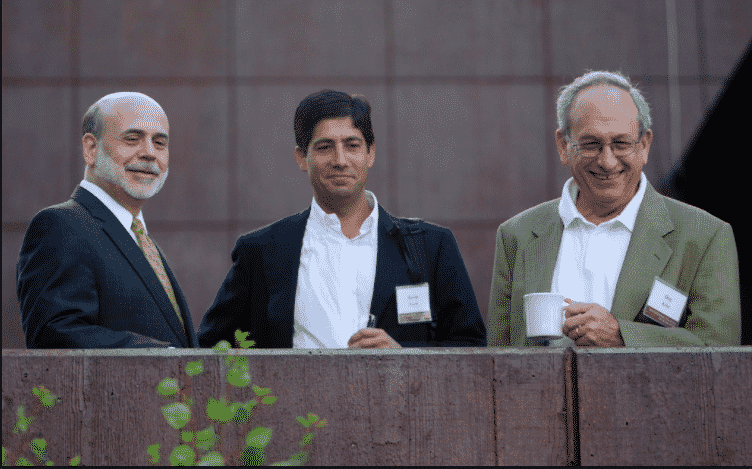 Who will be the new Fed chair?

No doubt one should not exaggerate the significance of individuals. The Friedman and Schwartz approach to the history of American capitalism has its limits (Their monetarism combined with social theoretic naivety led them to attribute the Great Depression to personnel changes within the Fed system: wrong guys at the wrong time who didn’t see disaster coming and permitted deflation). The autonomy of those making Fed policy is constrained. We shouldn’t fall into the hero worship of Volcker, Greenspan, Bernanke. But, with all these caveats, the question of who runs the Fed matters.

Trump has to make a decision quite soon about the future of Janet Yellen as Fed chair and there are some scary alternative possibilities.

One of the most scary options is discussed in a brilliant piece by Sam Bell, which was highlighted this morning by the indispensable Alphaville. Bell offers a devastating dissection of the credentials of Kevin Warsh, the monetary policy equivalent of Jared Kushner.

Kevin Warsh is the son-in-law of billionaire and Estée Lauder heir Ronald Lauder. He is only in the frame as a potential Fed chair, because he was previously the beneficiary of a scandalous piece of favoritism by the Bush presidency.

In 2006, Warsh who had inadequate experience and credentials was promoted from the lower ranks of the National Economic Council to become the youngest person ever to join the Fed Board. It was, as Bell puts it, akin “to a president nominating a mid-level staffer (without a law degree) in the White House Counsel’s office to become Associate Justice on the Supreme Court”.

As Bell traces in meticulous detail, Warsh’s track record at the Fed over the years that followed was disastrous:

He had a watching brief for Wall Street regulation prior to 2008 which he turned into a platform for boosterism for the financial engineers.

Warsh was preoccupied with inflation even as late as September 2008, whilst Lehman was imploding.

He then promptly converted to the Wall Street bail out, assisting in the deal for Morgan Stanley that helped to save his former employers.

And then, by the summer of 2009, whilst unemployment was heading above 10 %, he was amongst the first to campaign for an end to unorthodox measures, giving priority to Wall Street over the assistance that the broader American public needed.

He made Bernanke’s life difficult in arguing the case for a more expansionary policy.

Unlike others on the Board who argued against dramatic expansion, he refused to allow his mind to be changed by evidence.

Warsh is unqualified, incompetent and would clearly be a doctrinaire disaster as Fed chair.

This is a great demolition job, but what makes Bell’s analysis truly eye-catching and thought-provoking is that he has a keen eye for the inflections of class language and rhetoric that permeate Fed debates.

The Fed is normally discussed as a technocratic organ. Of course, we discuss the outputs of the system both in terms of their overall effect and their distributional consequences. Notoriously, the New York Fed is deeply entangled with Wall Street. The regional Fed branches recruit members of their boards from their local business elites. But Bell’s analysis of Warsh’s approach to economic policy-making reveals the stark way in which the preoccupations and outlook of the top 0.0001 % inflect the macroeconomic analysis itself. In particular Bell brings class analysis to bear on the question of how one evaluates macroeconomic prospects and the famous Keynesian variable of “animal spirits”.

“In one of his last meetings Warsh responded dismissively to a report from New York Federal Reserve President Bill Dudley about Dudley’s visit to upstate New York and how “a modest amount of additional stimulus could have outsized effects over the longer run by changing the dynamic from the current stasis to one in which additional demand growth led to employment gains that improve confidence.” Warsh joked:

“The report on economic activity in my neighborhood in Georgetown is strong. [Laughter] Also, President Dudley mentioned that he visited upstate New York, where I’m from, and he noted that the economy there appeared to be ‘hunkered down.’ That’s not a near term phenomenon — it’s been going on for about 40 years. [Laughter] He also noted that the economy there was at a tipping point, and that is true, but the only way it ever tips is over.”

Contrast this mocking fatalism about a working community — which, by the way, has seen its unemployment rate come down by more than three percentage points since Warsh’s nothing-can-help-them message — with the optimism of coming face-to-face with excited corporate directors. He told his colleagues at one of his first Fed meetings:

“CEO confidence — that look in their eyes, their view of the animal spirits — appears to be back in stronger measure than I at least have heard in some time. What then happens when CEOs go into the boardroom, as I think most of my colleagues around the table know, is that they tend to generate some excitement by directors themselves. Directors are really starting, in some regard, to go back to basics. One CEO said to me about a week ago, ‘Being a board member is starting to be fun again,’ and that is not something this particular CEO, who is on a lot of large-cap boards, would have said a year ago.”

As Bell says: “This is a blue-collar nightmare: policymakers measuring the economy by how much fun corporate boards of directors are having.”

What Bell has captured, as if in mid-flight, is Kalecki’s Maxisant reinterpretation of Keynes’s “animal spirits”.

In Keynes’s theory of investment activity, “animal spirits”, the “friskiness” of investors, their optimism and willingness to take risks is incorporated as something almost at the level of a “native concept”. Keynes was after all a theorist-investor. Kalecki politicized the argument by pointing out the crucial role that the concept of “confidence” plays in anchoring conservative economic policy. Bell shows us at the level of biography how class experience helps to shape Warsh’s disastrous macroeconomic analysis. No doubt this is easier in someone with as little formal economic training as Warsh. There is less mediating intellectual baggage to get in the way of habitus, the sense that you know how to read the look in a CEO’s eyes. (One can’t help wondering where Bernanke’s eyes were at that moment). But Bell’s piece, is a really useful pointer to the ways in which class experience and language inflects macroeconomics analysis and policy-making.

I’ll never be able to use the phrase “animal spirits” again, without thinking of Warsh and his locker room talk.