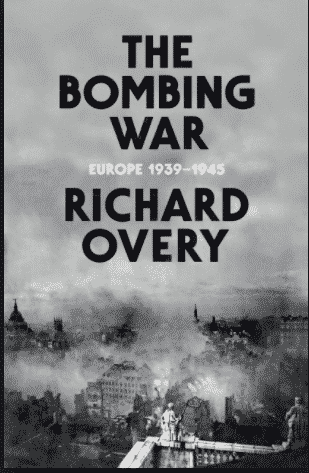 Strategic bombing has a claim to be the quintessential field of modern military history.

It has been the subject of a vast range of technical, political, historical, moral and philosophical commentary.

It’s a subject no historian of modern Germany can avoid.

In writing Wages of Destruction I had to grapple with it:

as one of the defining questions hanging over German rearmament in the 1930s,

because of its impact on the German home front from 1942,

as a key strand in the mythology of Albert Speer (he claimed to have overcome the effects of Allied bombing),

and because so many of the most influential sources that we rely on to write the history of the  Third Reich were generated by the highly self-critical after-the-battle analyses conducted by the Americans and Brits (including such future luminaries as J.K. Galbraith and “Nicky” Kaldor).

There is a common view of the bombing campaign that is highly skeptical as to its military impact. On that basis it poses a series of agonizing moral and ethical questions about the campaigns waged against Germany and Japan in World War II.

I don’t share this skeptical view of the military efficacy of bombing and Wages offered a sustained counter narrative: The crucial thing to realize is quite how immense the undertaking of strategic bombing is. It is arguably the basis of the modern military-industrial complex. It was a far bigger technological and material challenge than any of the antagonists originally realized. As a a result of resource limitations and decisions taken in the 1930s, the Germans never came close to building a war-winning air weapon. For me this is one of the fundamental reasons for thinking of Germany as incapable of mounting a truly comprehensive challenge to the global order in the mid-century – along with their insuperable naval inferiority. In a multidimensional global power system, Germany remained a one-dimensional military power. By 1943, first the British and then the Americans were on the point of developing a true air weapon. It cost a huge amount. It required major technological breakthroughs and it could not be done without extended and costly trial and error. Furthermore,  as always in military affairs, the results depend on how the weapon was applied. It is not just materiel and doctrine, but specific sequences of actions that matter. In 1943, when the RAF began sustained bombing of the heavy industrial region of the Ruhr, it had an immediate effect and panicked the Speer administration. The internal German records from this period leave no doubt about this. But after the devastating raids on Hamburg in the last week of July 1943,  the RAF switched to attacking Berlin. This was a disastrous error of military judgement. Then, in early 1944 the air weapon was concentrated on tactical and operational preparation for D-Day. From the summer of 1944, when the RAF and USAAF finally switched their full force back to Germany the effects were devastating and more or less immediate.

This reinterpretation has a variety of far-reaching implications. The prevalent critical view strikes me as a fascinating case of early, mid-century techno-skepticism. It should be seen in context of nuclear Angst, critiques of the military-industrial complex and what Mary Kaldor would call the “baroque arsenal”. It is also inflected by persistent and recurring worries about Anglo-American “military culture”. For Liddell Hart by 1944 the Allies were no longer soldiers but “iron mongers”.

Taking a different view of bombing’s efficacy also changes the terms of the moral and political debate about bombing. I didn’t fully explore those questions in Wages. I’m not going to attempt to do so here. Suffice to say that having made what I feel to be a persuasive case for the efficacy of the air weapon and its even greater potential, I feel differently about its use in winning the war against Nazi Germany. Indeed, being convinced that it worked and could have been even more devastating, I find myself powerfully drawn towards the rhetoric and passion of the “terrible swift sword” and “avenging angel” narratives. Since I am not able to properly account for this emotional-intellectual impulse and especially because I am in so many other respects so closely and personally identified with Germany, its target, I have found myself perplexed and tongue tied. I couldn’t bring myself to engage in the debate around Jörg Friedrichs, Der Brand (2002) (translated as The Fire, 2006).

One of the ways in which I have tried to escape this emotional and intellectual impasse is to think about air war in terms of a distinctive mode of war-fighting adopted by liberal democracies (that peculiar twentieth-century political formation). This helps me to rationalize my historical analysis and the strange spell of personal and emotional entanglement that the subject matter exercises over me. Obviously, there are plenty of sources of intellectual inspiration for this, from David Edgerton‘s brilliant writing on British military modernism to Carl Schmitt. 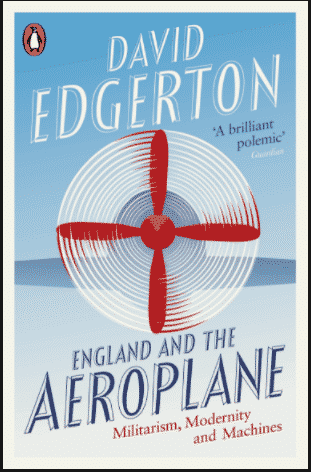 I’m still thinking about and developing this notion of a liberal-democratic mode of war. One of the places where I first reached for the category was in a review of Richard Overy’s book on the bombing war. Tooze Book Review Richard Overy ‘The Bombers and the Bombed’ WSJ Feb 2014 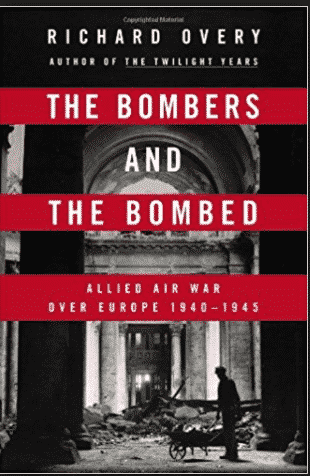 In the small world of Anglo-German history Richard Overy and I go back a long way. He has always been a courteous and helpful colleague, which is something for which I am truly appreciative. He was especially supportive when I was starting out. I am all the more grateful to him, because there is no disguising the fact that we disagree fundamentally about the history of Nazi Germany and about many features of the history of World War II as well.

Richard’s book on the air war is important and anyone interested in the subject or in World War II in Europe should read it. It really is an essential contribution. But this review attempts to articulate some of the ways in which I would tell the story differently.

PrevPreviousAmerica’s Political Economy: Class, the Republicans and the Fed
NextNotes on the global condition: the dollar funding crisis of 2008 and the Fed’s unheralded rescue operationNext
related posts