The Birth of Bailouts From the Spirit of Vietnam: The Financial Powell Doctrine, Larry Summers & the Military-Economic Intertext 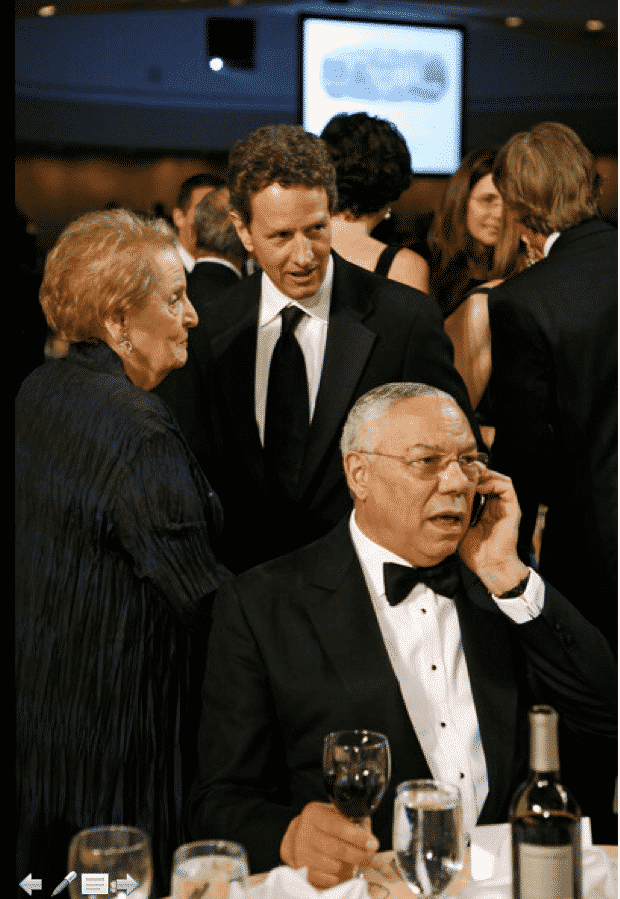 In thinking about the capacity for action displayed by the American state in the 2008 crisis I’ve been struck by the extent to which military language and images suffuse economic policy making discourse. In Tim Geithner this reaches its bombastic height. But a little digging suggests that Larry Summers is actually the god-father of this Military-Economic intertext. Over a 30 year period Summers has outlined a discursive space and a vocabulary for thinking economic policy as something between grand strategy and military operations.

The first dates to the 1980s when the young Summers recalls “thinking that there was a space between the Henry Kissinger kind of stuff—geopolitics and negotiations—and Martin Feldstein stuff—regressions and models. It seemed underfilled” http://www.international-economy.com/Fall2007archive.htm

What that “underfilled” space would be filled with was the crisis-fighting of the 1990s. Here is the IMF’s account of a crucial moment in the Mexican bailout of 1995: “Meanwhile, with capital markets still showing no eagerness to keep their money in Mexico, the early-January target of a $25 billion financing package was looking much less adequate. In fact, as early as January 12, U.S. Senator Alfonse M. D’Amato (chairman of the Senate Committee on Banking, Housing, and Urban Affairs) suggested that a package of $40 billion (approximately the amount of Mexico’s external very shortterm debt) would be much more effective at discouraging a speculative attack (see Rubin and Weisberg, 2003, p. 14).36 Once that figure entered into the public discourse, it became a minimum from which no retreat was possible. In Alan Greenspan’s words, U.S. intervention had to be “massive and fast.” Summers likened it to the Colin Powell doctrine of using overwhelming force from the outset of a military engagement. Any retreat from an announced figure would raise doubts about the commitment to succeed.”

The Powell doctrine refers to the lessons distilled by Colin Powell from the debacle of Vietnam, which sought to define wars in which the US could in future through the selective and massive use of force gain true military success. The first Iraq war of 1990-1991 was widely seen as its vindication.

Around Summers in the 1990s the “financial Powell doctrine” would become Treasury lore. It would be repeatedly invoked particularly in the context of the 1997 Korean crisis, where Geithner seems to have first encountered it.

In the wake of the second Iraq war and the trans-Atlantic rift it caused, in April 2003 the CFR appointed a commission to investigate “the greatest transatlantic rift in 50 years”. The enquiry was headed by Charles Kupchan, but the co-chairs of the committee were Kissinger and Summers. Summers was now filling precisely the space that he had imagined in the 1980s.

The following year, 2004, meditating on the imbalances in America’s position caused by the Bush administration, but in relation to Asia, not Europe, Summers offered the following: “The third troubling aspect of this dependence on foreign capital is its geopolitical significance. Here it is most difficult to speak with definitiveness. There is surely something odd about the world’s greatest power being the world’s greatest debtor. In order to finance prevailing levels of consumption and investment, must the United States be as dependent as it is on the discretionary acts of what are inevitably political entities in other countries? It is true and can be argued forcefully that the incentive for Japan or China to dump treasury bills at a rapid rate is not very strong, given the consequences that it would have for their own economies. That is a powerful argument, and it is a reason a prudent person would avoid immediate concern. But it surely cannot be prudent for us as a country to rely on a kind of balance of financial terror to hold back reserve sales that would threaten our stability.”

Finally, commenting on the European situation in September 2011 Summers commented: “In his celebrated essay “The Stalemate Myth and the Quagmire Machine,” Daniel Ellsberg drew out the lesson regarding the Vietnam War that came out of the 8000 pages of the Pentagon Papers. It was simply this: Policymakers acted without illusion. At every juncture they made the minimum commitments necessary to avoid imminent disaster — offering optimistic rhetoric but never taking steps that even they believed offered the prospect of decisive victory. They were tragically caught in a kind of no man’s land-unable to reverse a course to which they had committed so much but also unable to generate the political will to take forward steps that gave any realistic prospect of success. Ultimately, after years of needless suffering, their policy collapsed around them. Much the same process has played out in Europe over the last two years.”

Kissinger, Powell, Vietnam, Iraq, the balance of financial terror – it is a striking frame for an economic policy-maker. It suggests the need to consider the transversal connections between the development of modern economic policy thinking in the US and the late phase of the Cold War. At the high-brow end, this kind of intertextuality help to spawn, legitimize and supercharge the diffusion of game theory, the story told by Mirowski et al. But I am thinking here of a different register – about a field that is cruder, less structured by math and more by history, more political more centered on the state, that swirls around a set of concerns that emerge not from the Cold War science mood of the 1940s and the 1950s but the historicist Clausewitzian moment of the 1970s and 1980s.

What might an accounts of the recovery of agency by the American state from the 1970s onward look like, if we took Saigon 1975 to be America’s Jena 1806? What will come into view if we consider the connections that run between the aftermath of Vietnam in the military-security apparatus and the “war on inflation” that shaped the economic policy-making elite personified by Martin Feldstein and his student, Larry Summers?

“You can never underestimate the willingness of the state to act out its own massive fantasies.” DeLillo Underworld cited by Steven Belletto from his book, No Accident, Comrade.

PrevPrevious“No Mandate” at the G20 – The State of US Trade Policy in Trump’s First Spring
NextAmerica’s Political Economy: West Permian, the World and EXXON’s shift to “extraction mode”Next
related posts