Crashed to Corona 3: The Fed Beyond Swap Lines 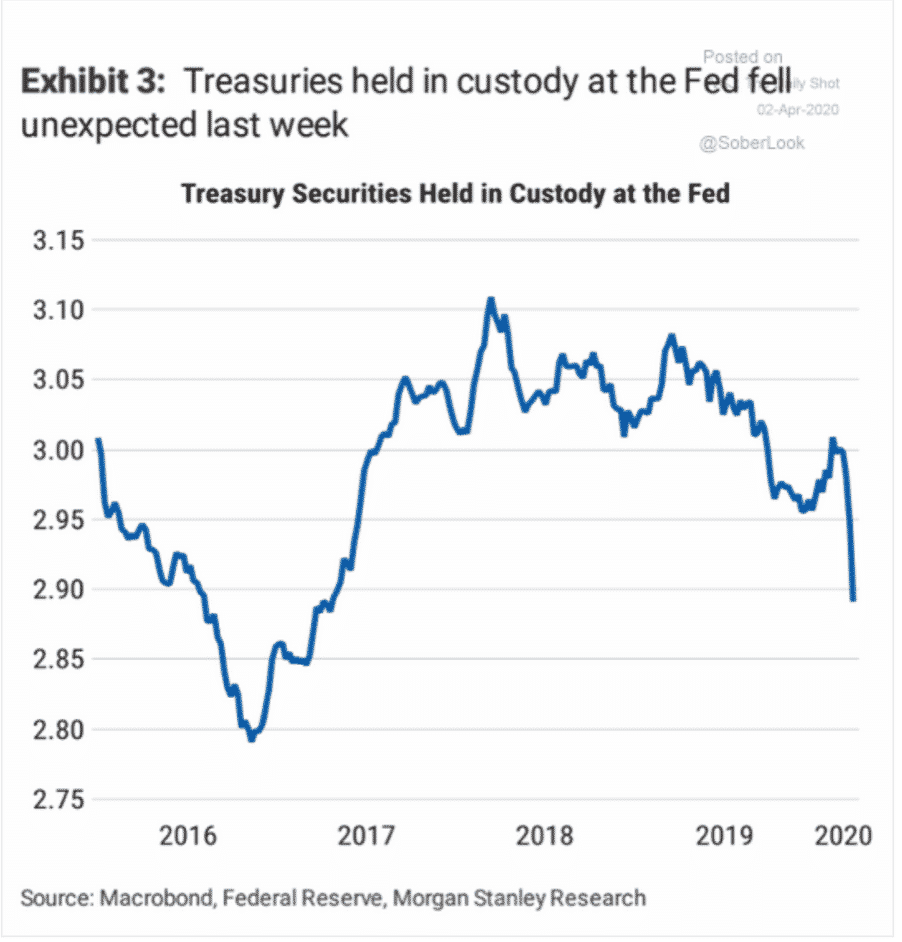 On Tuesday 31 March the Fed added another weapon to its arsenal in the struggle to maintain global dollar liquidity and stability in key US financial markets. It announced a repo facility to allow foreign central banks to use their holdings of US Treasuries as collateral for immediate cash.

Nick Timiraos one of the WSJ’s Fed team had the story.

A FT team did coverage here.

This particularly good Bloomberg piece by Rich Miller is worth a look. He points out the long-standing questions surrounding the dollar’s role. Reminds us of Carney’s intervention last year etc.

In the world of “Fed as global lender of last resort” it was quite the day. There was a sense of witnessing history in the making.

Other central banks have such arrangements e.g. the ECB. A repo based on collateral is a less “generous” arrangement than a swap in which the other central bank provides its own (fiat) currency as the counterpart to the dollars provided by the Fed. But the Fed has never done these kind of repos before. And it may signal a widening of its activities in central bank- to-central bank liquidity provision. In principle any central bank in good standing can access the new facility, unlike the swap lines that remained reserved to a group of 14.

The significance of the move was not lost on dollar liquidity watchers like my tweep Macdonald Ukah in Lagos Nigeria. He commented on twitter and facebook:

“Everything I type below, I type in a rush and in a daze, so I apologize in advance for any observed incoherence  … This is literally happening in my lifetime!”.

I agree with his feeling of awe. There is a real sense that in 2020 we are seeing a concerted and self-conscious deployment of Fed resources in a global lender of last resort capacity that is even more prompt, larger in scale and more wide-ranging than what emerged in 2007-8. In 2007-8 it was improvisation. Today it seems extremely deliberate.

The sense of the dollar-financial system moving from a state “in itself” to a condition of being “for itself” was heightened by the news that the BIS, the chief observatory of the system, is beginning publication of a regular Bulletin.

Issue Number 1 addressed the question of Dollar funding costs during the Covid-19 crisis through the lens of the FX swap market. 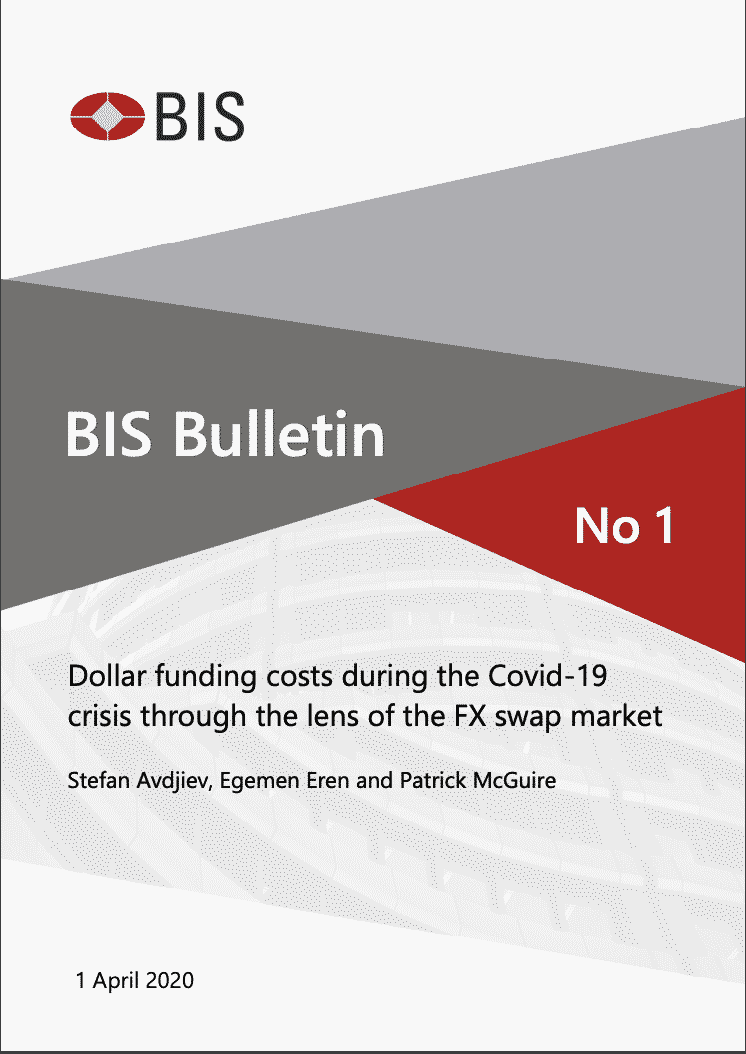 Since the crisis began, Brad Setser has been campaigning for precisely the kind of facility the Fed has now introduced. This was Brad’s, typically self-effacing, commentary on the news on Tuesday. 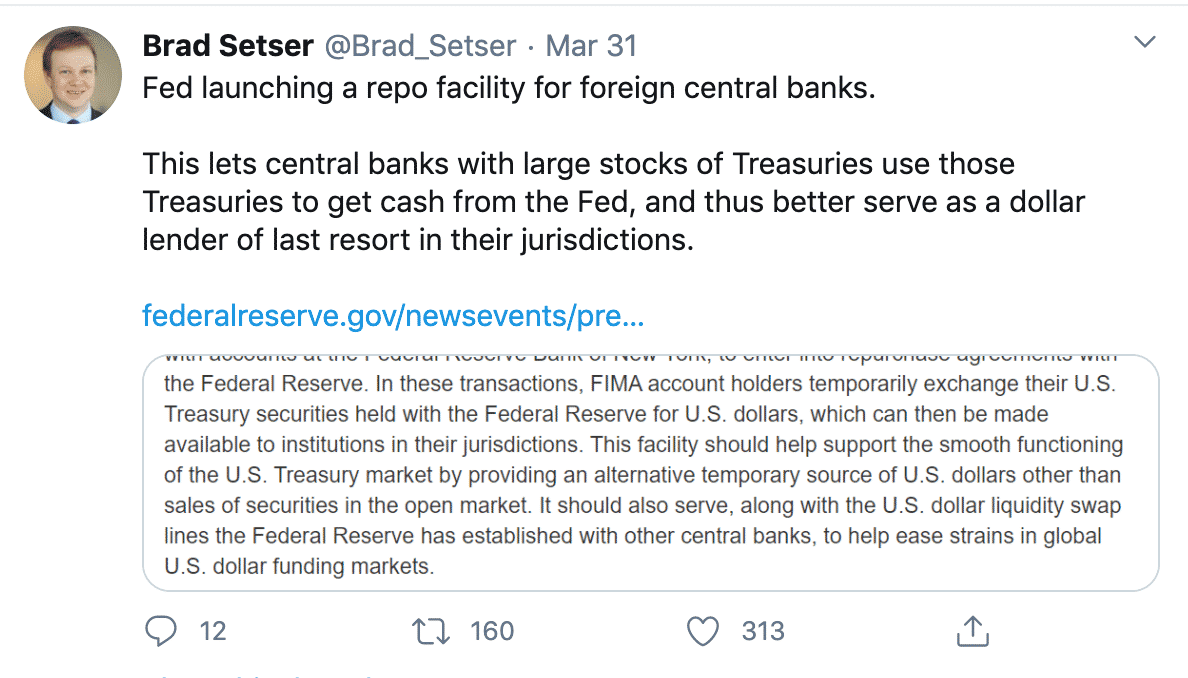 I could not help thinking of a wonderful passage that my friend Danilo Scholz sent to me this week in which Alexandre Kojève’s described the effect on him of transitioning from being a famous intellectual to being a French trade negotiator.

Whereas Kojève had once craved the splashy “succès” of a book. Now his life was measured in terms of réussite (results).

Mind you, in his younger days, he did look the part! 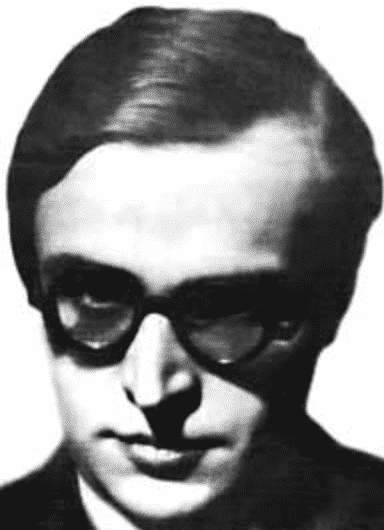 Another important piece laying out the options for the Fed that appeared before the historic 31 March announcement came from Brad Setser’s sometime collaborator who writes under the blogger handle of Concentrated Ambiguity – you can’t get much more Kojèvian than that!

He has ideas for the even more seamless integration of the Fed into global financial system.

Who or what is moving the Fed right now is a fascinating question. As an academic I fancied, perhaps quite falsely, that i had some kind of access to the minds of Ben Bernanke and Janet Yellen. I have no idea who Jay Powell is.

Neill Irwin at the New York Times and Nick Timiraos at the WSJ both had pieces beginning to explore what makes the Powell Fed tick. It will no doubt be a long enquiry.

Setting aside the question of personnel, there may have been a more immediate trigger for the Fed’s actions in the Treasury market.

The oldest worry in the book is the fear of a big sell off of US Treasuries by a foreign holder – lets call it the China bear raid fantasy. It has never materialized. Nor, under normal circumstances, is this  a realistic prospect. But these are not normal times. The Treasury market has on several occasion behaved in a wobbly fashion. There are scenarios in which serious financial pressure builds on large Chinese corporate borrowers. The last thing anyone wants is for the PBoC to actually have to sell any of its Treasury portfolio. We do not, as far as I know, have any indication of movement on the Chinese side. But there has been a drawn down of Treasury securities held in custody on behalf of other central banks at the Fed.

Though this kind of movement can result from central banks reshuffling their custodial relationships, if there was an immediate trigger for the Fed in deciding to offer the new repo facility, this may have been it.

The events of this week may open a new chapter in the story that begins with swap lines.

For those who have stumbled into this area and would like to catch up on the background in the 2008 crisis this post by Nathan Tankus will be useful. Nathan is one of the young leading lights of the MMT movement.

New insights into the emergence of the eurodollar market in the 1970s is offered by a brilliant piece of historical research by a Benjamin Braun, Arie Krampf and Steffen Murau which just appeared in the Review of International Political Economy. These are people to follow in the world of academic IPE.

Contrary to the view which sees the state “stepping out of the way” of markets and private business activity, they highlight the work of “positive integration” done by monetary technocrats in central banks and the BIS. In the last couple of weeks we have seen precisely those people at work, managing the plumbing of the global dollar system.

How similar are the stresses in the current system relative to those in 2008 is a question addressed by two colleagues from Cambridge, Giancarlo Corsetti, Emile Mari, in their VoxEU contribution on the “The dollar and international capital flows in the COVID-19 crisis”. They have a nice graph showing the emergence of exchange rate stress and its reversal since the introduction of the swap lines. 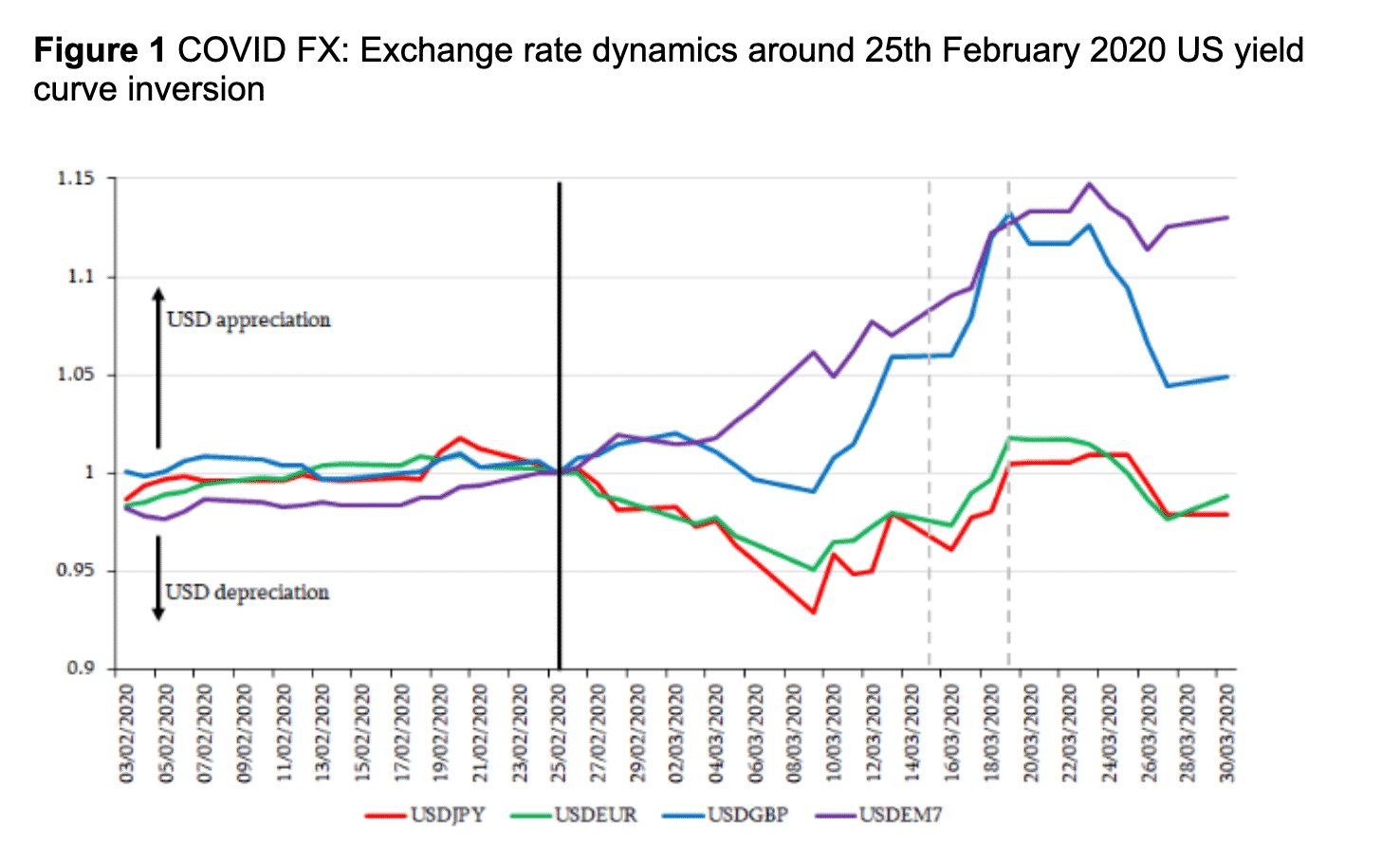 On the way in which the swap lines actually operate everyone should read this fascinating piece by Daniela Gabor for Alphaville, still the mothership of swap line chat.

Amongst many, many things, Daniela is the leading critical expert on the collateral regime at the ECB. As she points out the current rather stiff regime at the ECB, which can have nasty pro-cyclical effects, is of recent vintage and contrasts with national practice before the advent of the euro area. Once again, apparently routine action by monetary technocrats can have major effects.

As the swap lines have been rolled out, their take up is being monitored in real time by a variety of observers. The bank research departments have been busy as have premium services at Bloomberg and the WSJ. Dan Hinge has taken it upon himself to update a spreadsheet in real time. We are all grateful to him for that. 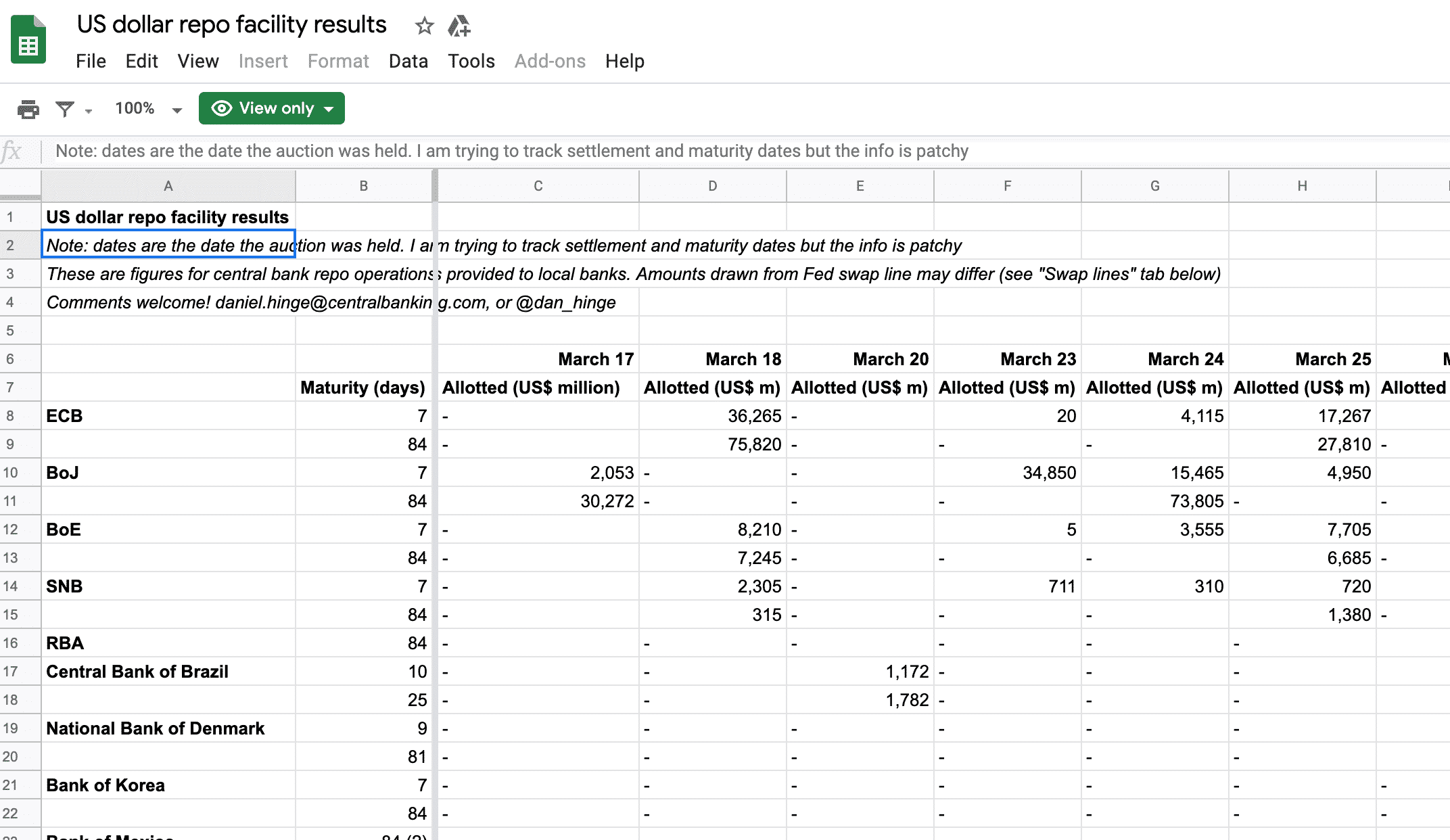 So ample has the Fed’s dollar liquidity provision been for the core group of swap line countries ,that there are now signs that the market is glutted. Eric Burroughs is a great follow on this. 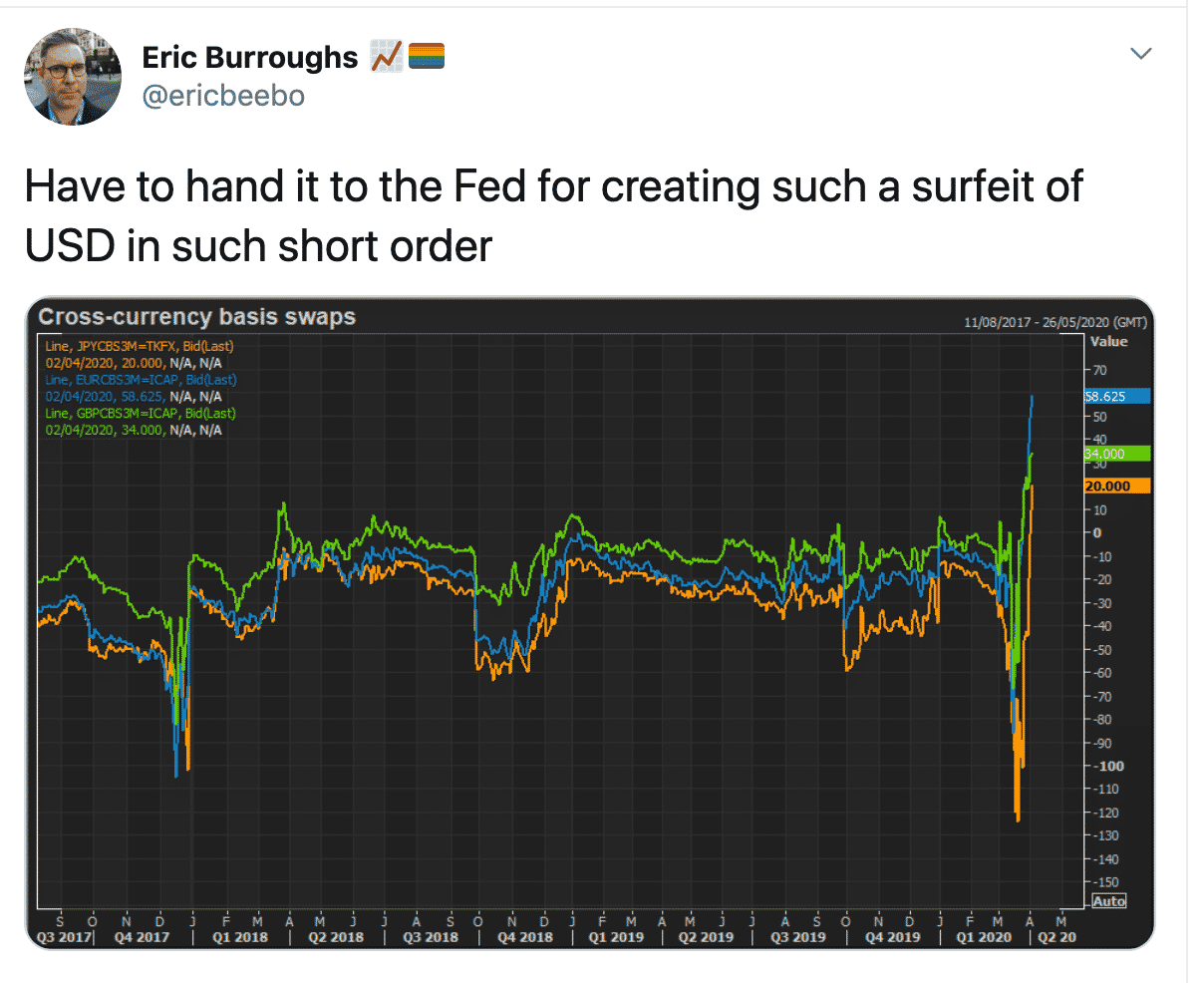 But the world of dollar liquidity is NOT flat. As Robin Brooks and his team at the IIF have tirelessly pointed out there continues to be huge pressure on the Emerging Markets. 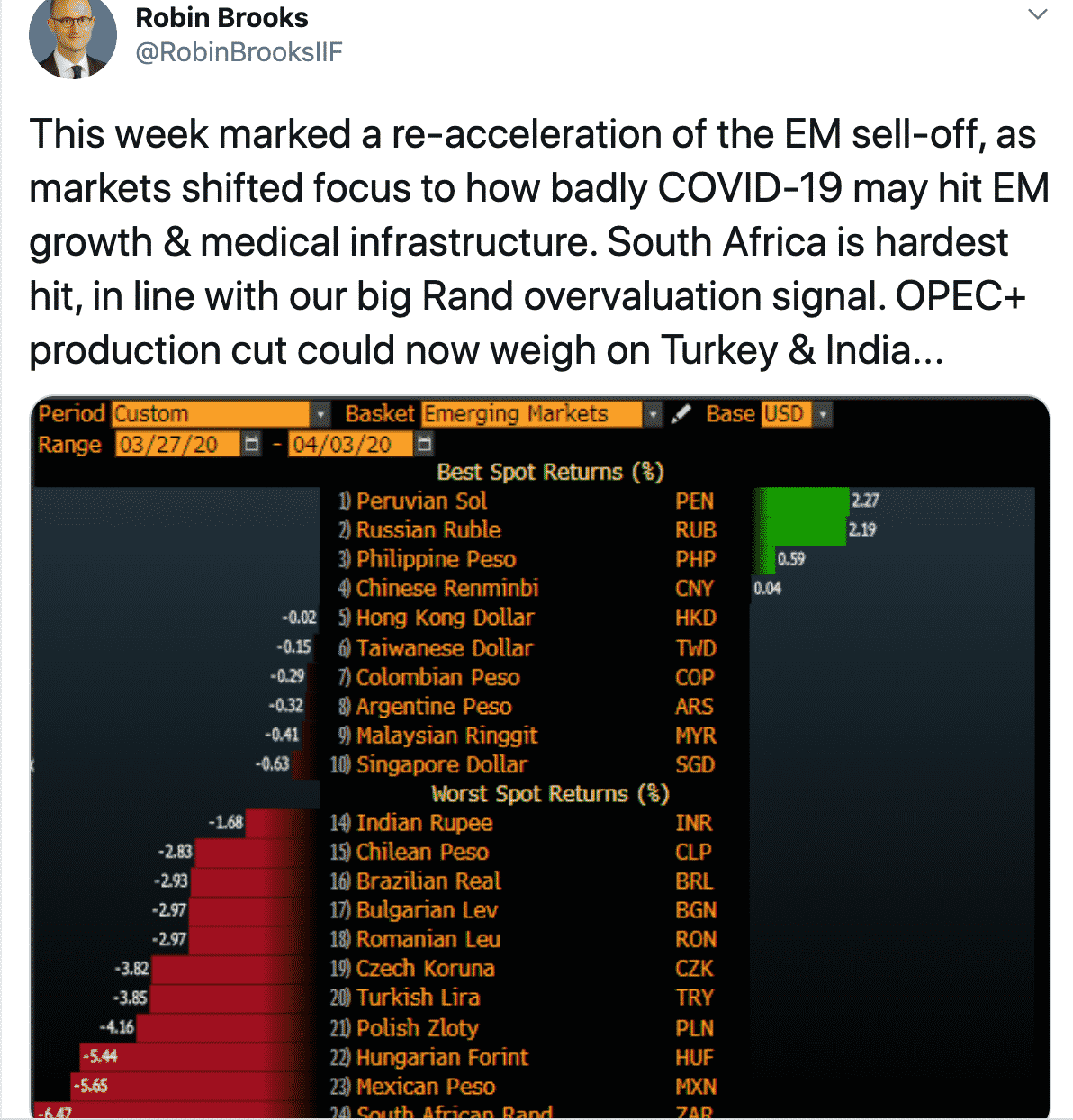 To be clear, the Institute of International Finance (IIF) is the global association of the financial industry, with more than 450 members from more than 70 countries. It is, in other words, the central lobbying institution for global finance, or at least finance in the West. It no doubt reserves much privileged information for its members. It is an agency that lobbies hard over Basle banking regulation. But by the same token it also has a huge vested interest in the intelligent management of global credit. And Robin Brooks and his team provide the wider public with an extraordinary flow of near-real time information on global credit flows. If you are looking for the private counterparts to the monetary technicians at the central banks and the BIS, the economic research department at the IIF is a good place to start.

If we are focusing on stresses in the EM, as Brad Setser argues in yet another essential blog post, there is not one EM funding crisis there are many. We need to differentiate different types of commodity producers, East Asian countries with large shadow banking sectors and those with large national reserves. The challenge is to devise a system of liquidity provision which matches this uneven and interconnected landscape.

In responding to the 2020 crisis, the Fed has rolled out dollar liquidity instruments at a remarkable pace. But clearly this is a system that is structural asymmetrical and in many ways unsatisfactory. It is not surprising, therefore, that there are regular calls for a system that would be truly global and not as heavily reliant on the institutions of the American nation state.

Ted Truman has called for an expansion of IMF resources to match the crisis. As does this VoxEU column by Eduardo Levy Yeyati. 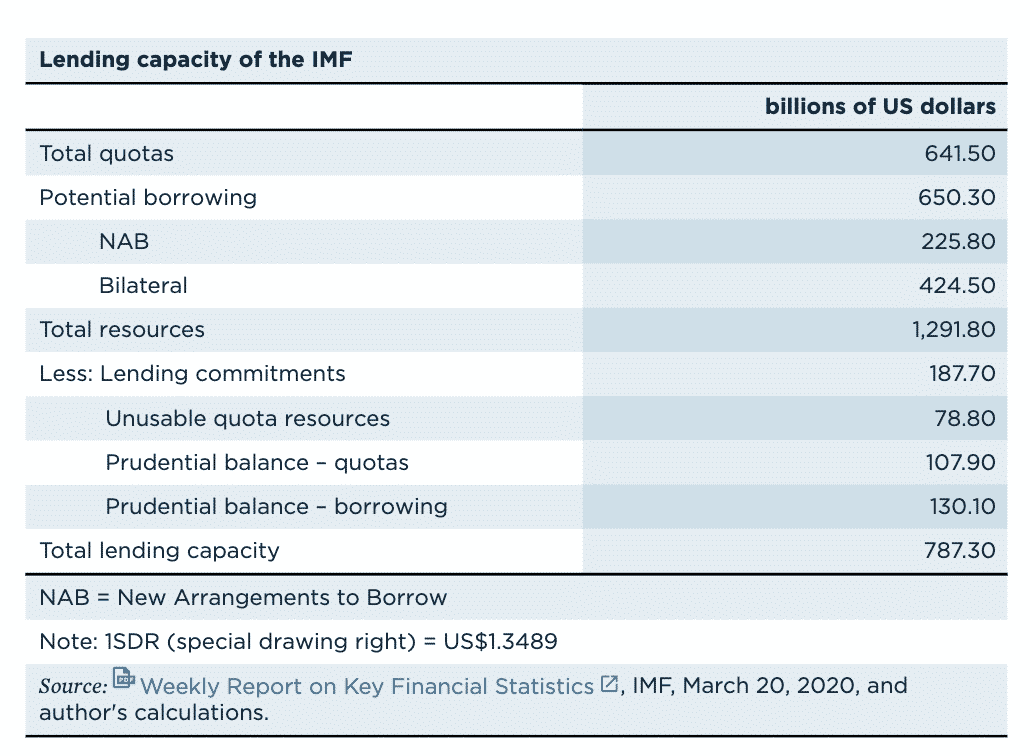 All of this is important technical stuff. But I remain convinced that it is not merely that. It is a crucial part of understanding the operation of the global economy, global power and America’s role in the world.

In light of what we have witnessed in the last few weeks of a “post-American world” is simply to miss the point.

On Wednesday morning in response to a Carl Bildt tweet, I fired off this short piece to Foreign Policy. Obviously, the Trump administration is a clown show. But it is a clown show that continues to matter and it exists side by side with global structures of power, to which the United States remains absolutely pivotal. As I conclude:

“The U.S. president’s coronavirus response is a contradictory, incoherent shambles. And many people will die as a result. But that doesn’t make this a post-American world. This is precisely what a world entangled with and exposed to America’s incoherent and erratic system of power looks like.”

A few minutes after that – shall we say “energetic” – burst of writing, I did this interview with Menaka Doshi for India’s Bloomberg Quint, home studio-to-home studio.

A rare privilege to have this much time with an interviewer asking questions as smart as this.