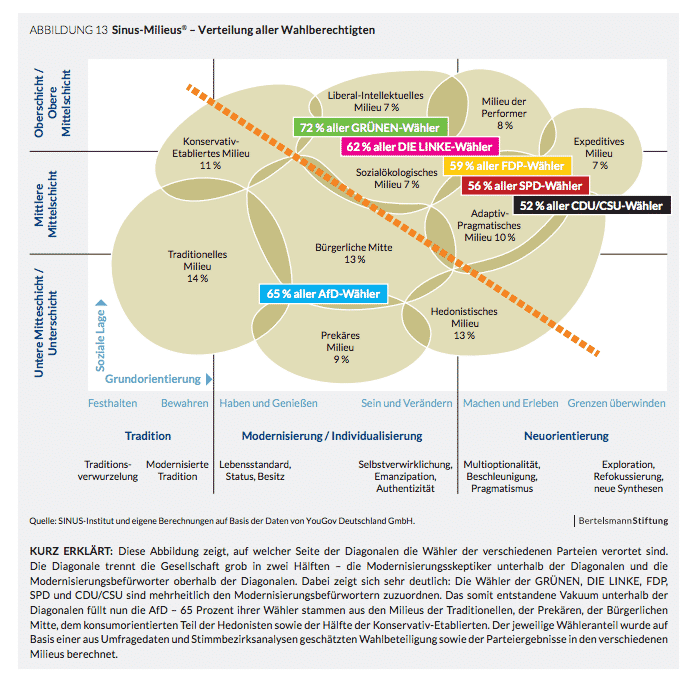 The return of the “German question” has been one of the most dramatic features of the last decade of crisis. It is a question about German power. It is, inevitably, a question about a German special path.

On the one hand this question takes a positive form. How do we explain Germany’s apparently positive trajectory of economic success and its high-functioning democratic governance? What does it mean for a country repeatedly to choose a figure such as Angela Merkel as its political leader? With its labour markets humming, exports booming and budget in surplus, Germany is, once more, a model and its is unafraid to say so.

On the other hand there are persistent worries about German domination and nagging questions about the logic of German economic strategy. Why is Germany strangling the Eurozone?

Inside Germany the election of 2017 has revealed some of the resistance to Merkel’s regiment. Support for the two leading parties of the old Federal Republic – the CDU/CSU and the SPD – the bearers of her Grand Coalitions, has fallen to all time lows. German analysts talk about a society divided around the question of modernization.

And these questions are all the more pressing given the far from reassuring dynamic of the three powers that flanked Germany and the European state system throughout the twentieth century – Russia, the United States and Britain.

In writing the forthcoming book about the 2008 crisis and its aftermath I was constantly forced up against the German question and have sketched there a basic set of answers. There wasn’t the space in that book – now retitled as Crashed: How a decade of financial crisis changed the world – to develop the argument at length. Furthermore, Crashed, ends by pointing to the need to completely reORIENT our understanding of twenty-first century economic history. Overcoming cultural and linguistic limitations as best we can, we are going to have to make the intellectual effort to understand a global capitalist dynamic driven fundamentally by Asian growth.

Of course, there is no Western economy for which that is more true than Germany. And, in any case, the German question will not let go of me. I realized looking back that it has been gnawing away at me in various forms for a while. It is, after all, my intellectual home, in more ways than one. So, I am going to use this blog to bring together scattered pieces in which I’ve begun to outline an answer to the German question. This may or may not add up to a book.

As has happened before, as I finish one project, the outline of a new book comes into view. What I worry about is that it is a Fata Morgana, produced by my overheated and exhausted condition. So another function of the blog posts will be to test how robust this is.

Right now the chapter outline would go like this.

Chapter 1       Kohl’s reunification and its price

Chapter 5       The West divided: Germany and the travails of the unipolar order from Mexico to Iraq

Chapter 9       Consolidation state: The birth of austerity out of the spirit of sustainability

Chapter 10    Saving but limiting Europe: The fiasco of the European constitution and the Lisbon Treaty

Chapter 15    Greece and the nightmares of German history

Chapter 16    The Euro crisis: Does Europe’s hegemon not understand economics?

Chapter 17    The sources of Germany’s economic strength and weakness

Chapter 18    AfD: the Euro crisis and the rise of German Euroscepticism

PrevPreviousBlitzkrieg manqué or a new kind of war? Interpreting the Allied Victory in the Normandy campaign
NextGerman Question(s) (2): Demographic Anxiety and Childcare after CommunismNext
related posts