Notes on the Global Condition: How the IMF pulls its punches when it comes to Trump’s America 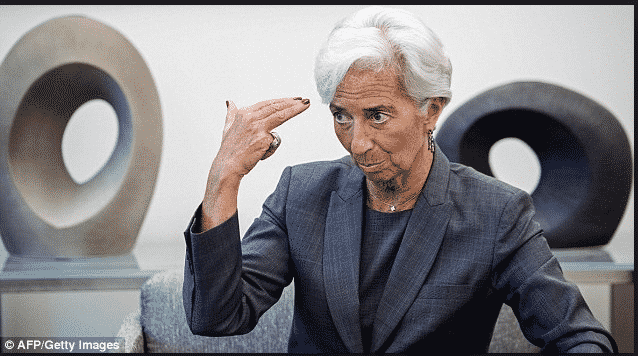 Losing your bottle may be a Britishism but it was the first phrase that came to mind when I happened on the IMF’s 2017 Article IV consultation with the United States issued today, thanks to a tweet by  Karthik Sankaran.

The IMF does annual Article IV consultations with all its members. In respect to the larger and more powerful members it’s a delicate operation. With respect to the US, the stakes are particularly high. The US has the largest vote on the IMF’s board and Congress controls the largest part of the IMF’s budget. Generally the IMF aligns with the US, on issues like Ukraine, Greece. Given the advent of Trump things are clearly more difficult. This year’s Article IV consultation was always going to be interesting. Once the Trumpites wake up, one wonders, will it be the last? Reading the report, someone in the IMF seems determined to ensure that the IMF is not cut off.

The report starts well enough, coolly laying out America’s mediocre performance with regard to basic metrics of social and economic performance and well-being. In the graph, taller bars are better and red bars are more recent. The picture is predictably downbeat. 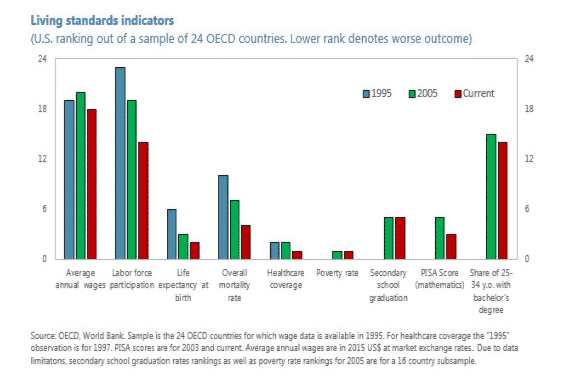 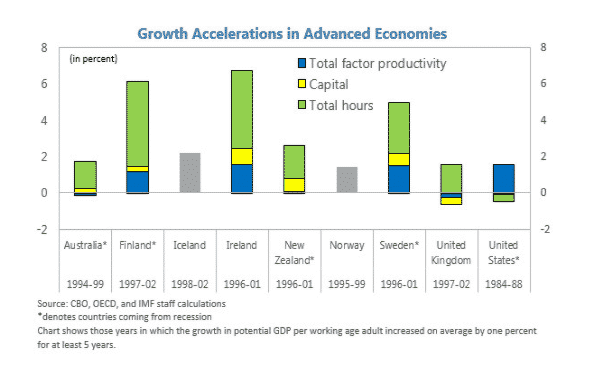 On the fiscal priorities of the administration, the IMF is also clearly critical. 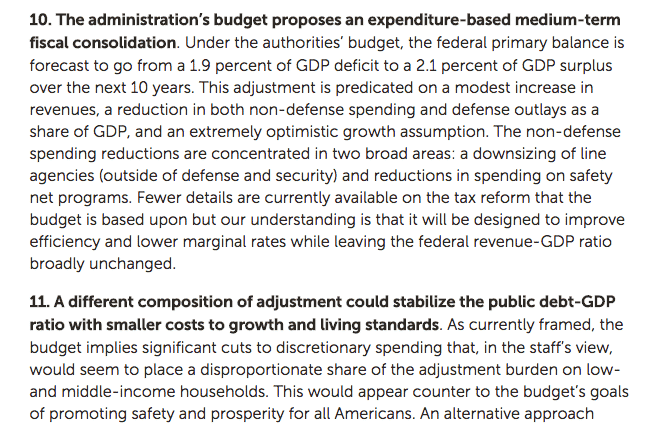 By contrast, it has warm words for the Fed, which it describes as accomplishing a “gradual and well-communicated monetary normalization”.

But then the IMF flinches and it flinches badly, on environmental regulation, education, and on health care it pulls it punches in a truly remarkable way.

On regulations and the environment: 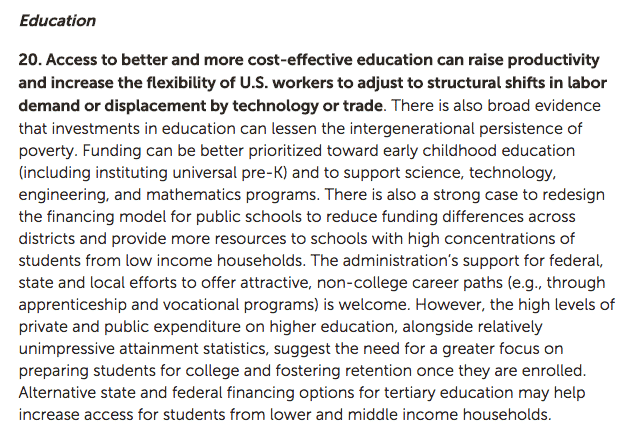 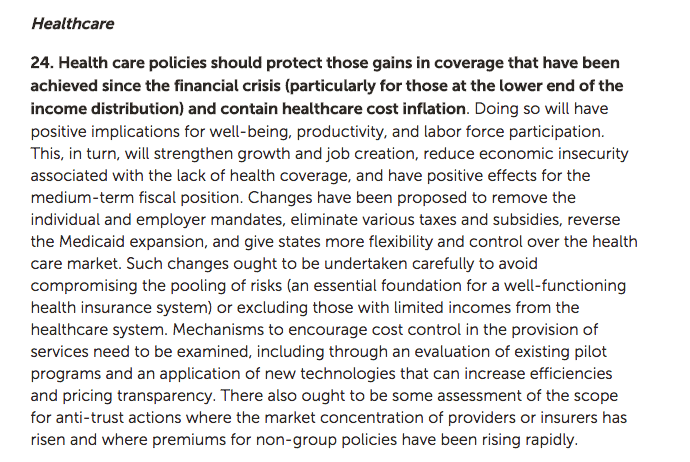 On trade the IMF offers an evaluation of the administration’s position so at odds with the experience of the last 6 months that one wonders whether the Fund locked away its team in January in a media-free bubble, in preparation for crafting this paragraph. 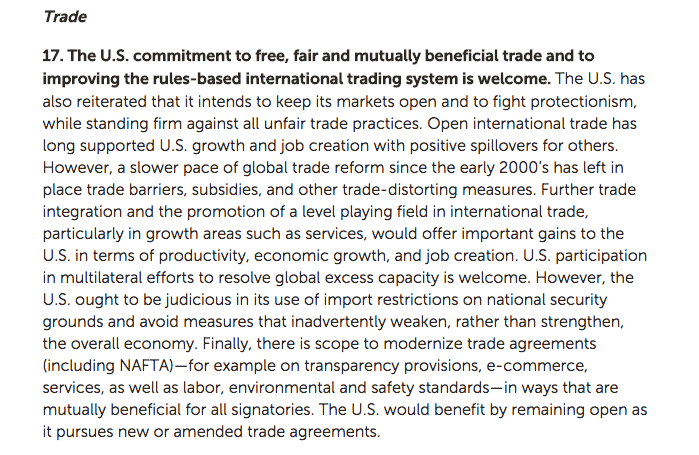 Or did they find the last “adult formerly in the room” cowering in the corner of the Treasury, who was willing to sell them this line? What about TPP? What about TTIP? What about the menacing threats of NAFTA rebalancing that have materially disturbed the economy of Mexico?

Obviously, the IMF is in an unenviable position. Given the point that we have reached in recent weeks with regard to the Paris Treaty, NATO etc, the still optimistic liberal in me, is tempted to say that the other stakeholders in the IMF should speak up and guarantee Lagarde and her team that they will have the IMF’s back, in speaking truth to the US. Lagarde and Merkel are famously close. 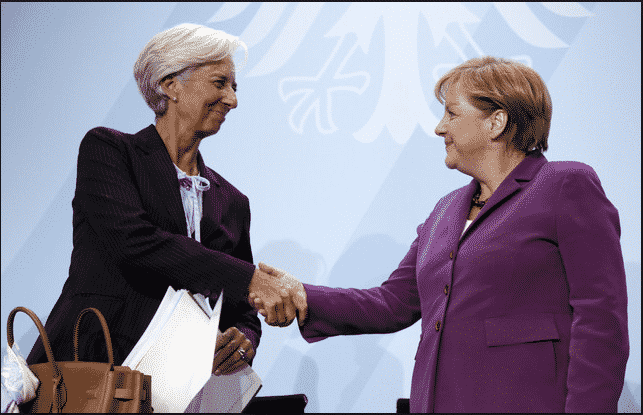 But, of course, that would imply that the IMF would have to call Germany on its toxic combination of budget and current account surpluses and China on its barely-under control, credit bubble.

It brings home the fallacy of imagining that there is any Archimedean point in the “world system” right now, or, at a lower metaphysical level, a power center from which a credible claim to liberal hegemony might be articulated.