Notes on the Global Condition: How do we relate global dollars and global cocoa? 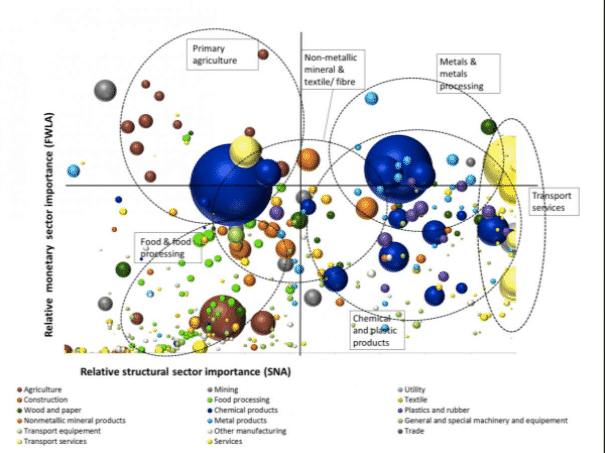 Obvious question is whether they relate to each other and if so how.

One way to think the relationship might be to think of both dollars and cocoa as subsumed under some third term, which is what I’ve done in placing them under the rubric of the “global condition”, a term I borrow from Geyer and Bright “World History in a Global Age” AHR (1995)  https://www.learner.org/courses/worldhistory/support/whatis_reading_5.pdf

In my commentary the other term that brackets them both, is capitalism. It is the regime under which cocoa is commodified: cocoa exchanges into money, and the reverse. A more thorough-going Marxism would insist on understanding the labour process that underpinned that.

In the case of cocoa, understanding the labour process and material circumstances of production would lead you inexorably to a third term under which you might group the two, or perhaps rather one should say to a cluster of terms – colonialism, imperialism, neo-colonialism, peripheralization (h/t Anusar Farooqui), empire. These designate the power relations that first extract cocoa from its natural habitat in Central America, implant it in West Africa and Indonesia and maintain a hierarchy of relations between “North and South”, center and periphery etc.

On a shorter historical time scale one might think of a term like financialization as describing the latest phase of the subsumption of cocoa to commodification. Derivatives, cocoa futures, are key organizers of the market for this commodity.

So far, so good. But let’s go back to the beginning. Lets assume the uneven and combined development of global capitalism, but then let’s linger over the original juxtaposition and the sense of incongruity it generates – at least it does in me. What do cocoa and money have to do with each other? And let’s go back to their two very different political economies – at least in my rendition of them.

On the one hand we have the global dollar, pyramided on a structure that ultimately rest on the institutions of the US state. On the other we have that hourglass structure of the chocolate industry – tens of millions of desperately poor peasant producers, a dozen global conglomerates, billions of consumers. The state figures at the beginning of the global chocolate story by way of colonialism. The state figures in the current situation particularly by way of the post-colonial regimes in Cote d’Ivoire and Ghana (French and British colonial administrators had very different ways of managing markets and this has long-term effects). Finally, of course, global state arrangements of Empire (Negri and Hardt … or something like them) underpin the billion dollar operations of the cocoa corporations.

The upshot is that we can situate the political economy of the global dollar and of global cocoa in the same “world”. But their political economies are radically different from one another.

I’m curious to explore this difference. If we talk about uneven and combined development, what is the unevenness across? What is being combined? There is more, isn’t there, than just capital and labour in different quantitative proportions?

What might be more meaningful entities through which to think this unevenness and this combination?

What I want to experiment with is a notion of “sector”. This is native to the business of economic commentary. It is common place, for instance, for economic analysis to report in the form of a matrix. On the one axis you have countries and regions. On another you have “sectors” (I will drop the quotes from here on in). Below are snapshots of the kinds of classifications that the FT an the WSJ use as a matter of course. 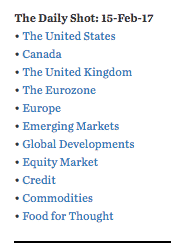 Global dollars generated through the balance sheets of global banks I am going to allocate to something I will call the “financial sector”. In financial journalism cocoa would belongs to the commodities sector or food & beverages, or perhaps retail. Keeping in mind that I am mainly interested in the global process of uneven and combined development I am going to suggest that we put the cocoa-chocolate chain under something we might call the agro-industrial sector. They have quite distinct political economies and quite distinct logics of crisis. Climate change is of literal direct interest to banks, unless they can create synthetic markets for trading carbon quotas, or if Wall Street is drowned by rising sea levels. Climate change is of existential significance to the agro-industrial complex as, for very different reasons, it is to the energy sector.

In the next post I’ll get into the real fun of designating a list of sectors. Before I do that, two more preliminary comments:

Clearly, a sectoral approach has a likeness to the kind of work people do with the concept of commodity-chains. Those studies are incredibly rich but being rooted in the materiality of a specific commodity, they are even more specific than the treatment of sectors I am suggesting. As a result we tend to move from the very specific to the very general in sometimes rather unmediated ways e.g. cotton and the history of capitalism …. and back again. Obviously, I have no problem with the general direction of travel in that kind of work.Commodity chain analyses derive their coherence from a series of backwards and forwards linkages around the production and distribution of a specific commodity. The “thingness”, that they evoke, is part of their charm – cotton, sugar, the Sony Walkman etc.But I want to explore what happens if you put an extra layer or two of mediation in there. A sectoral approach ought to allow us to emphasize materiality and the technological too, but at a slightly higher level of generality.

So here’s the question: What happens if we think of capitalism’s uneven and combined development as the dynamic articulation of sectors with distinct technical, economic and political formations (Why, by the way, do we have choose between two excellent labels – technopolitics and political economy? Can someone please come up with a good term for the techno-econo-political  … and no, TEP is not a valid entry!).

One final marker: In proposing this insistently pluralist account of global capitalism, I am reacting to a deep immersion in Tim Mitchell’s work this summer, which poses very interesting questions about what we do when we operate with overly reified notions of “capitalism”. I am also under the influence of Bruno Latour, in this case the pluralist Latour of An Enquiry into the Modes of Existence.