America’s Political Economy: On how we might learn to stop worrying and “love” the Trump (or at least his economic policies) 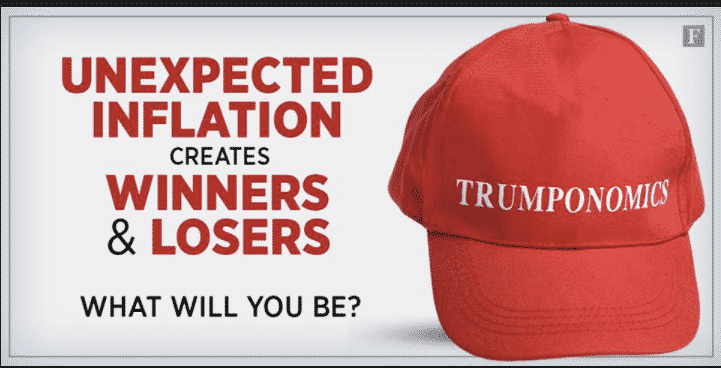 I wrote a blog post on the global role of the dollar and on request from Corey Robin in a second post spelled out a couple of scenarios in which the crude economic nationalism of a Trump administration might come into conflict with the dollar’s global role. The three basic zones of conflict are: (1) the tension between the dollar’s reserve role and the desire of the Trump administration to boost exports by increasing American “competitiveness” and talking down the dollar; (2) tensions around global bank regulation; (3) nationalist backlash from Trumpites in Congress against the role of the Fed as a global liquidity supplier, by way principally of the swap lines. As Jacob Feygin puts it in his excellent response, what is at stake in a more general sense is the ability of the Fed to respond “flexibly” i.e. autonomously and in an ad hoc fashion, to the variety of shocks that the inherently unstable, global credit system can throw up. Central bank independence a l’Americaine means not so much independence from politics so as enable strict adherence to conservative rules (this is the German interpretation), as license to do whatever it takes when deemed necessary.

These scenarios were framed by the juxtaposition of global v. national. They may also subliminally reflect some European/German biases which lead me to think economic nationalism in terms of “Deutschmark” or in this case “Dollar patriotism”. The remarks may also reflect my simultaneous immersion in the foreign policy discussion of a future with Trump. There the Trump administration is characterized essentially as a boorish, incoherent nationalist actor, or one motivated by a bizarre ideology a la Bannon, or one that is in the pocket of Putin by way of Flynn and Trump. If there is a similar incoherence and simplistic nationalism operating on the  economic policy side, then my scenarios make sense,, as in “don’t mess with my dollars”, don’t outsource dollar production to some foreign central bank etc etc.. The letter by McHenry to Yellen, the tone of which has to be read to be believed, suggests that boorish and crude nationalism very much is the order of the day, at least amongst the Trumpery in Congress McHenry-letter-to-Yellen .

However, the always brilliant Anusar Farooqui adds a different take. What if the Trump administration’s economic team are different? What if they are “Goldmanites” backed by a disinhibited populist surge and a get rich quick drive to deregulation. Then, you might get the following scenario which for sake of comprehension NOT so as to set off alarm bells I would label as “inflationist” (right now a dose of moderate inflation would be a tonic to the world’s financial balances).

Here is Anusar’s scenario: “Trumpites could square the circle if they gained control of the Fed. Specifically, a deficit spending shock together with looser than expected monetary policy would weaken the dollar and increase the supply of Tbills (AT: Treasury bills, short term government which have been in short supply and are important for the operation of the short-term money markets) thereby alleviating the global shortage of safe assets. The unshackling of US banks would tend to amplify the benign global effect of such a policy mix because, as Pozsar (AT Zoltan Pozsar … great “heterodox” analyst at Credit Suisse. One of Perry Mehrling’s “inside” people) noted in Global Money Notes #8 (a CS research publication), US banks have replaced prime money funds as the marginal lenders of dollars to foreign banks.”

So there are three points here: keep monetary policy loose to push dollar down, unleash fiscal policy and then the Trump admin’s deregulation of banks unleashes their ability to create “private dollars” by expanding their balance sheets. The crucial point that Anusar stresses by way of Pozsar is that “none of this is about a shortage of dollars per se, but rather a shortage of balance sheet to intermediate dollars.” If the Trump admin guts Dodd-Frank and the more intrusive regulations that have been driven by the macroprudential hawks at the Fed and if Basel IV disintegrates then there will be no “shortage of balance sheet capital” i.e. no shortage of capacity or willingness on the part of profit-hungry banks to expand lending and lending-like activity.

This expansionary scenario is then capped by Anusar’s final point: “….All of this is, of course, well-understood by economic policy principals in the Trump administration, who are after all Goldmanites.”

As I said to Corey, it is very early days. We simply don’t know what this administration is, whether it will be dominated by incompetence and incoherence, conservative nationalism or a truly disinhibited free for all. Remember all those fiscal hawk libertarians and gold standard conservatives who dot the alt-right landscape But it is definitely worth considering whether this scenario in which Trump’s notorious “populism”, the great anti-liberal sin, for all its nasty nationalism 0r precisely because of it, functions as a global inflation engine. You can paint this as a horror scenario, as the Economist does. But it may turn out to provide relief for a world that right now is groaning from a lack of “dollars” or more precisely “dollar balance sheet capacity”. It may also set up a new boom-bust cycle.

More on “money scenarios” and how they haunt our thinking in a later post.