Notes on the Global Condition: The Global Dollar & The Dollar World 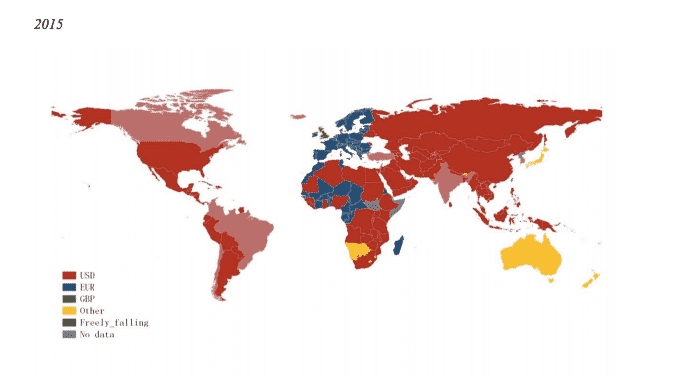 Trump and the possibility of Trump may have brought down the curtain on American hegemony, but American power remains. Nowhere is this more evidently the case than with regard to the global currency regime. The dollar not only remains but is more than ever the anchor of the global financial system. The Economist has an excellent piece on the resulting risks, which draws on an important new paper by Ilzetki, Reinhart and Rogoff (Yes! Them again).

As The Economist puts it: “TRUMPISM is in part an expression of American exhaustion at bearing burdens it first took up 70 years ago. Donald Trump has moaned less about the dollar than about shirking NATO allies or cheating trade partners. Yet the dollar standard is one of the most vulnerable pillars of global stability. And the world is far from ready for America to ditch its global financial role. Unlike other aspects of American hegemony, the dollar has grown more important as the world has globalised, not less. … America wields enormous financial power as a result. It can wreak havoc by withholding supplies of dollars in a crisis. When the Federal Reserve tweaks monetary policy, the effects ripple across the global economy.

What the Ilzetki, Reinhart and Rogoff paper  allows us to do is to track the ebb and flow of the dollar’s functioning in the global economy over time and across space. 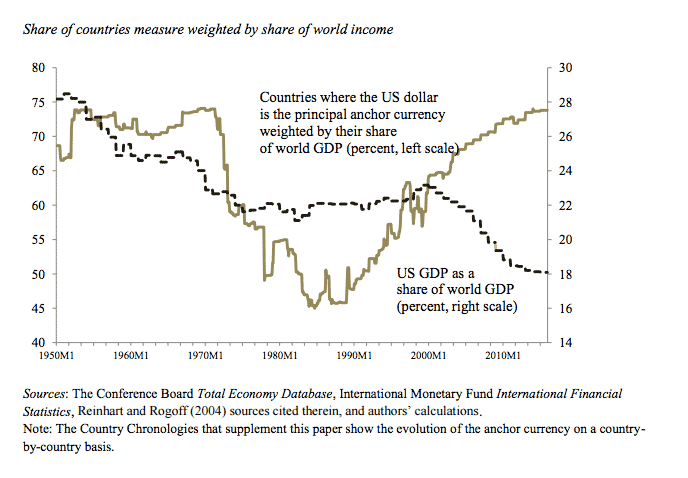 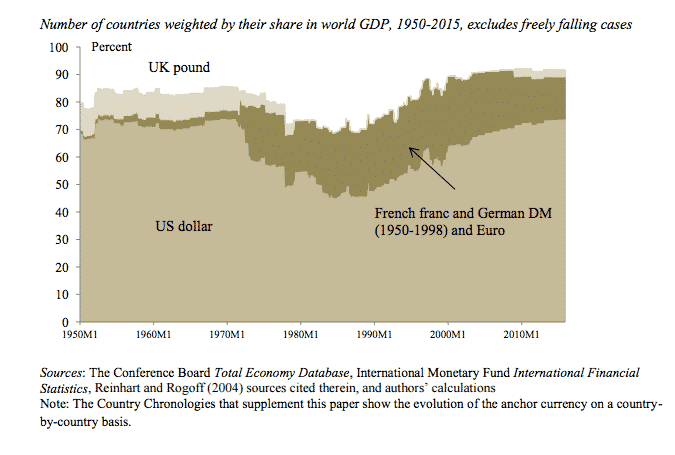 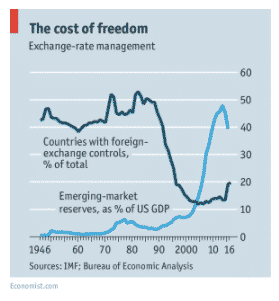 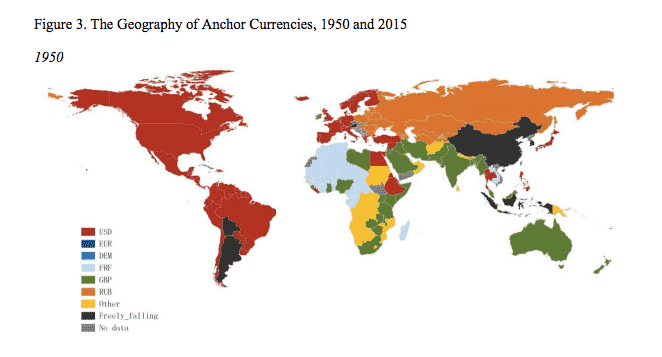 The vast majority of dollars used in the world are not created in any immediate sense by the Federal Reserve system. They are private credit money, much of it produced by banks and other financial intermediaries outside the US. But money is a hierarchical system (Perry Mehrling) and at its pinnacle is state money. And in a dollar-based global financial system, this means the Federal Reserve and the Treasury, which is responsible for issuing the ultimate safe asset i.e. US government debt.

So, when The Economist says: “Unlike other aspects of American hegemony, the dollar has grown more important as the world has globalised, not less”, it is pointing to a truly deep tension. As American hegemony disintegrates, the dollar, ultimately founded on the US state, is taking on an ever more central role in the global economy.