Notes on the Global Condition: The “Rise of China” – semi-regular scrapbook (2018 July) 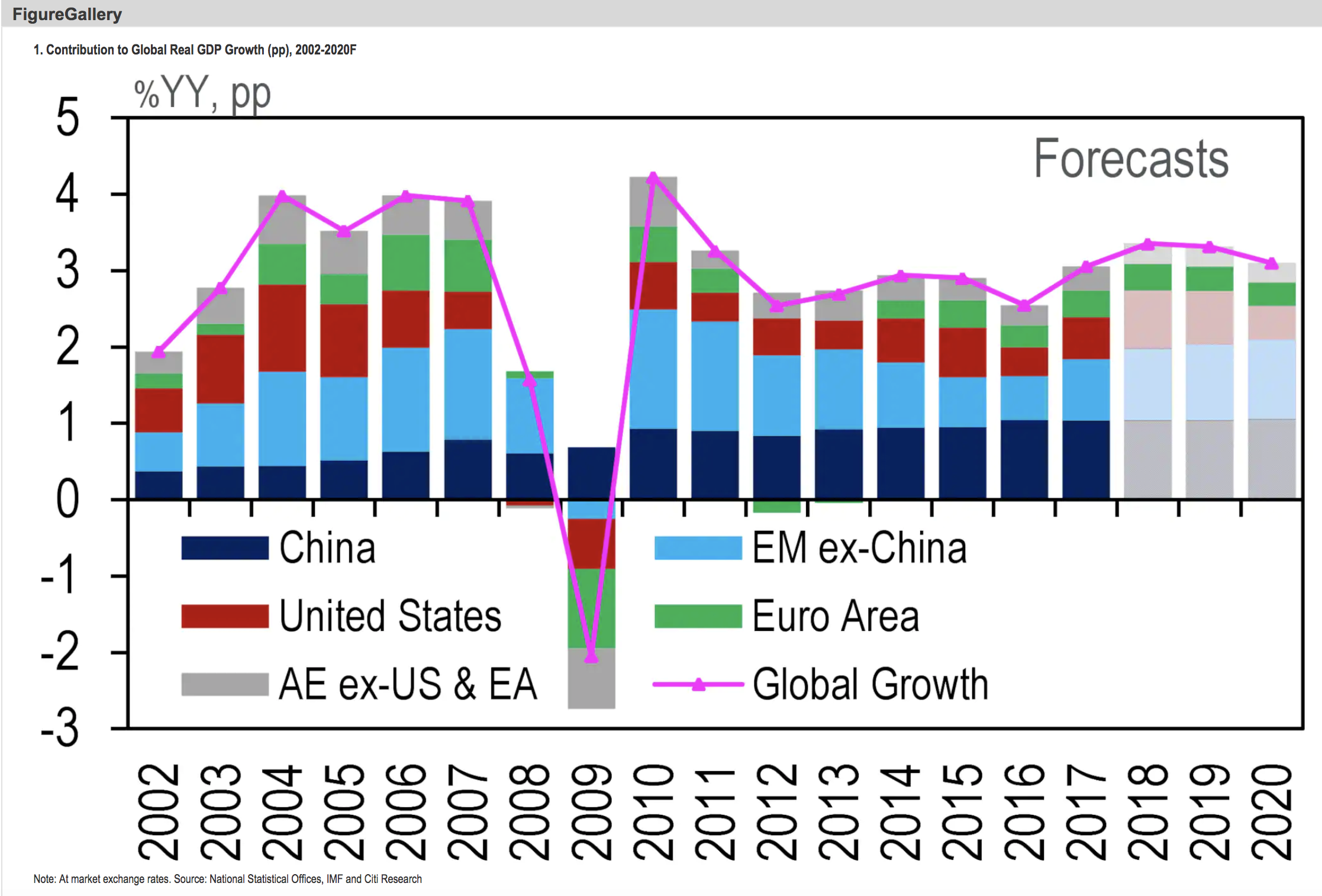 In economic and geopolitical terms, the defining development of our era is the rise of China.

Spend a week or two reading the Western media and you accumulate a series of snapshots all of which document and reiterate this world historic development. This is not new news. The reports have been piling up, at least since the early 2000s.

Of course, the data and charts are parts of a narrative. The Chinese narrate their own “rise” to themselves. And the West comments and reacts.  There is no such thing as merely factual reporting. So all of this should be taken with a pinch of salt. Many observers in the West suspect that the data are systematically rigged to win brownie points for party officials and to impress both the local and world public of the inevitability of China’s ascent. 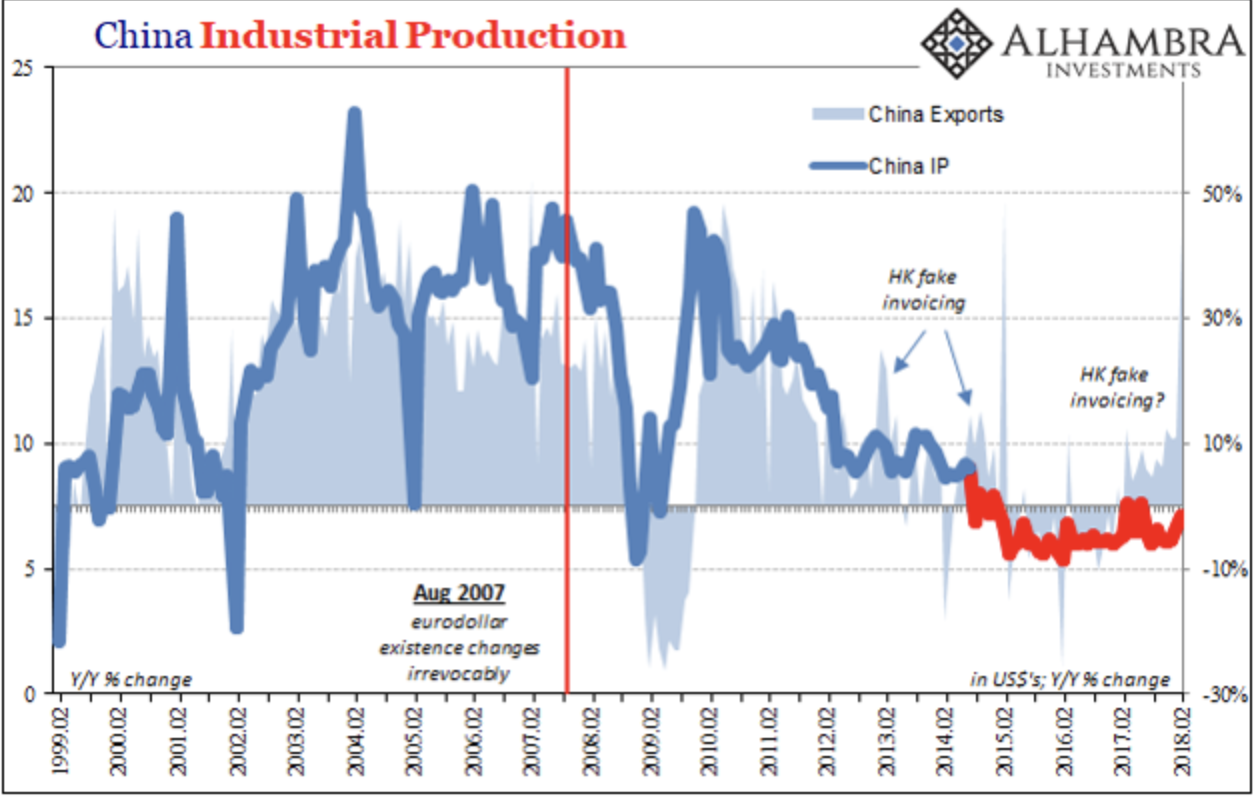 There is something fishy about the eerie steadiness of China’s industrial production since 2014. Or, as Jeffrey Sinder wonders in this typically sharp post, it could be the export data that are being fudged.

At the very least, these reports document the construction of this narrative of a multi-faceted and spectacular rebalancing. And even if they are not the literal depiction of economic “reality”, narratives do indeed matter.

Periodically it is good to stand back and take stock. This blog post adds little commentary, but assembles a collage of snapshots taken from the last month or so.

This week, economists at Citigroup updated a graph that has been circulating for a while showing the share of global growth attributable to  all the other major economies of the world.

2008-9 was the moment when China was the only source of global growth. But China’s sustained expansion and its increasing size mean that it has become the steady constant in the global economy. Nowadays it accounts for c. one third of global growth, matching the contribution of the US and Europe put together.

Danske Bank’s macro analysts (Danske Analysis Macro Big Picture 7 June 2018) have put the same graph another way. They compare how much China’s and America’s economy are adding to global GDP every year. 2008 was the year of overtaking. By 2020 as the China’s economy expands and its growth looks set to remain high, the ratio will begin to approach 3:1. China will be adding three times as much to global output as the US. This has huge implications for business investment decisions. 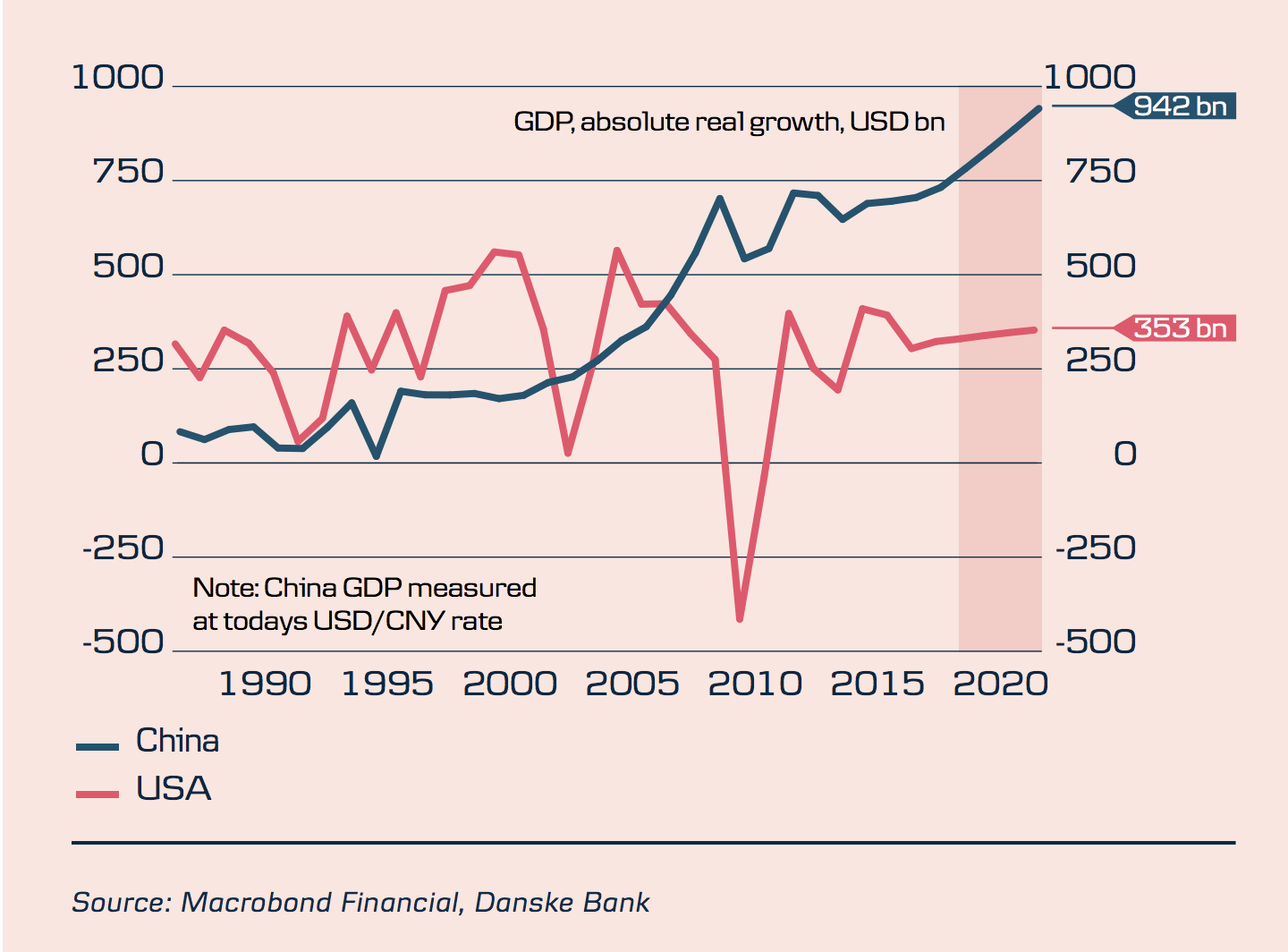 The scale of this development is jaw-dropping in every respect. What are its drivers?

China’s growth has transformed the global division of labour.There are entire commodity cycles driven by the East Asian manufacturing hub. The most spectacular of these is the smartphone industry, which as a recent IMF report showed, is large enough by itself to move the global economy. 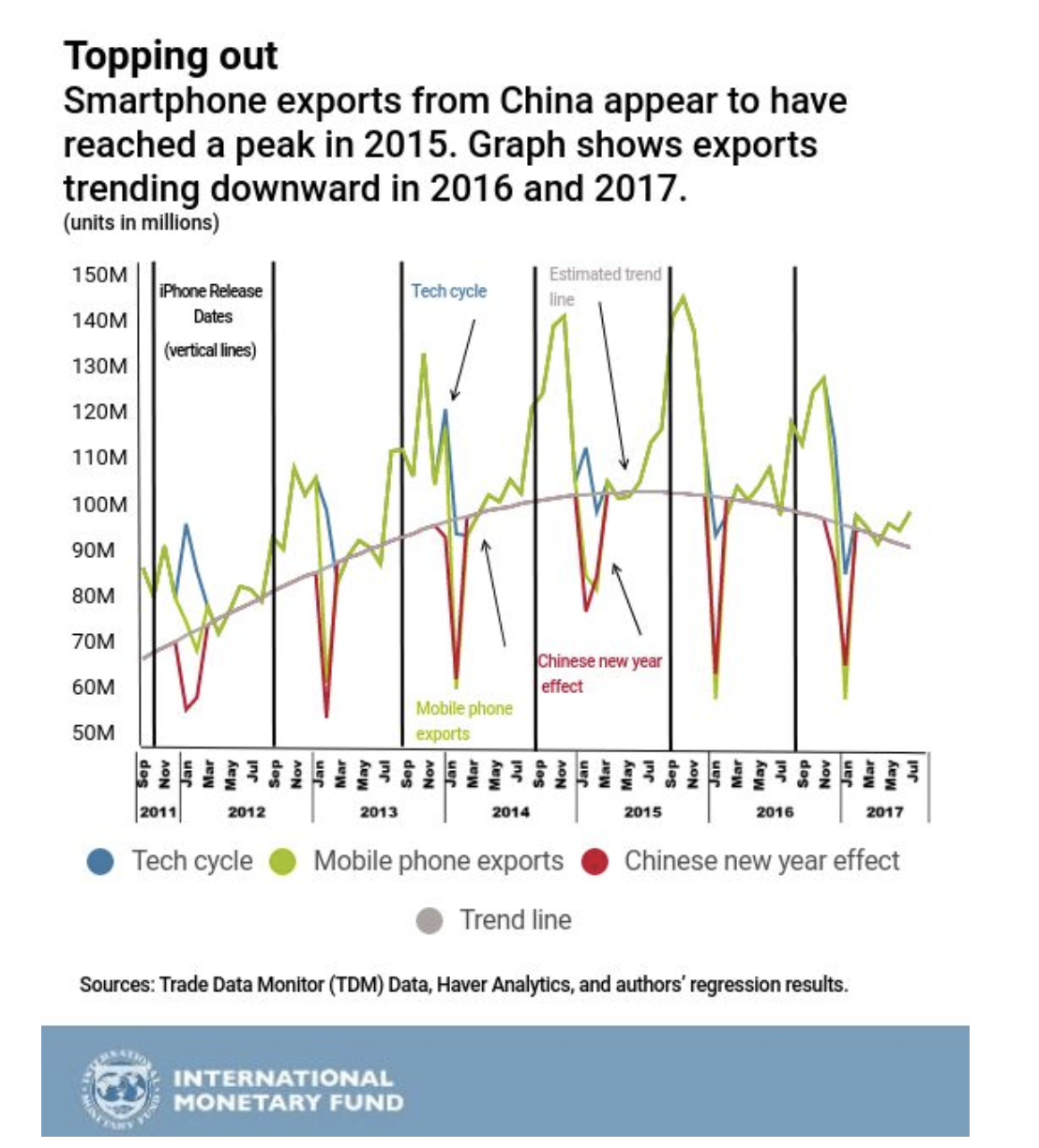 Citing examples like smartphones has the disadvantage that it nourishes the Western preconception that China’s growth is driven by “exports”. This was not true even in the early phases of Chinese growth. Before 2007 McKinsey’s estimated that exports accounted for at most one third of Chinese growth. Since the financial crisis that idea has become fundamentally anachronistic. 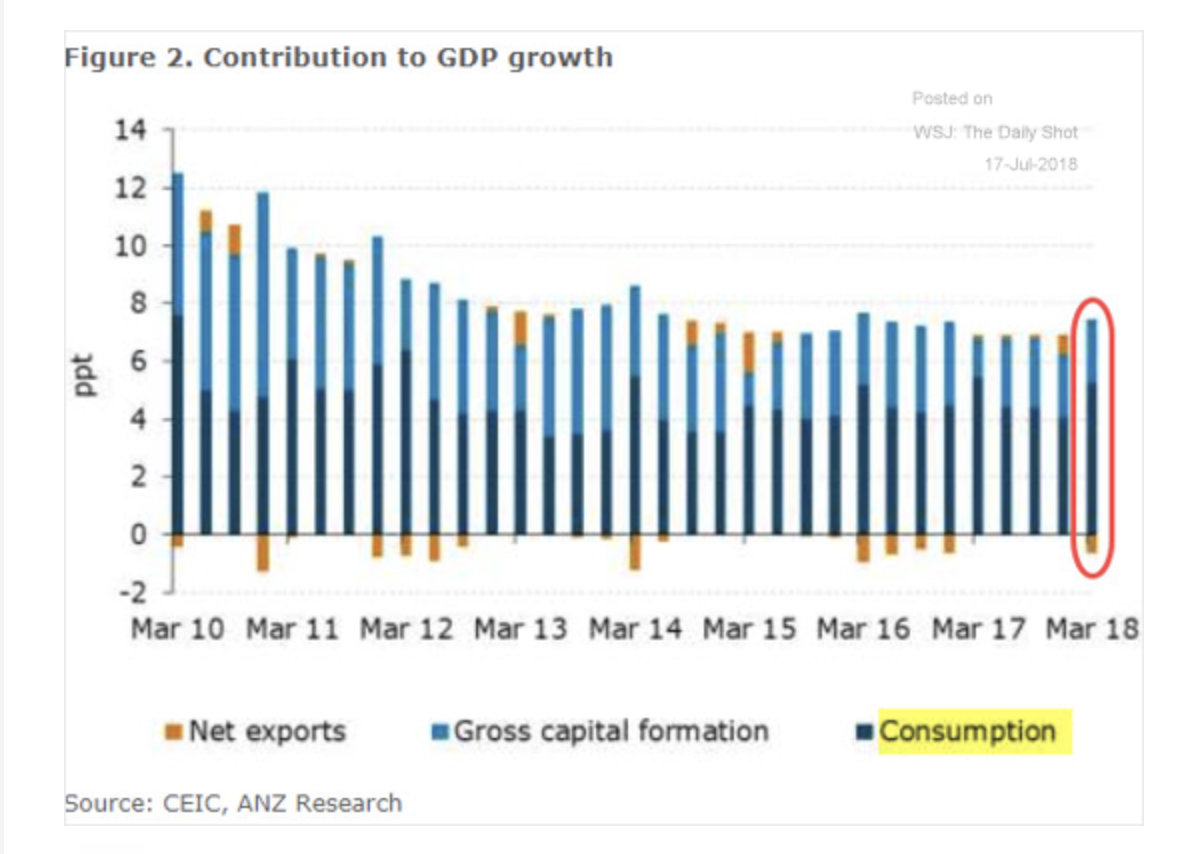 What this remarkable data, culled from the indispensable WSJ Daily Shot, show is that since the financial crisis net exports have made no significant contribution to Chinese growth. This does not mean that incorporation into global supply chains does not matter for particular industries and firms. But for the Chinese national economy viewed as a whole there is no net demand boost from exports. Rising import demand offsets any gain through exports. What drives “Chinese growth” is Chinese demand from consumption and investment.

The scale of these domestic transformation processes is jaw-dropping. The Economist has an excellent article on Chinese urban planning which details the project to center Chinese growth on 19 key urban clusters. Each of these has the population of a medium-sized European nation-state, some are  large enough to compare to the largest European or American states. 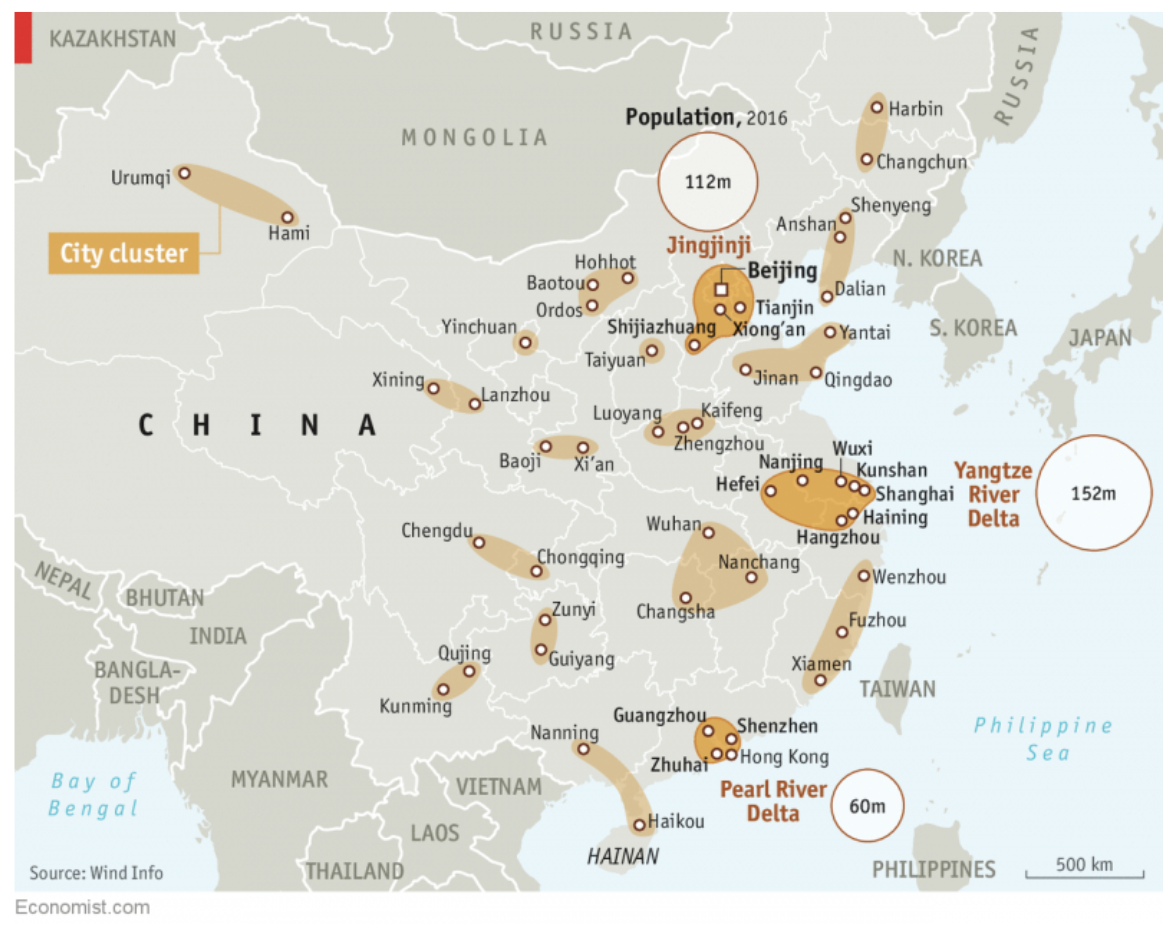 These nodes of urban development and increasingly of affluence constitute huge centers of demand both for Chinese and foreign businesses. It is in these centers that the key global corporations have to compete for customers and that is having a transformative impact on their identity too. As of 2017 GM sells more cars in China than in the US. This from Deutsche Bank’s excellent research team under direction of Torsten Slok. 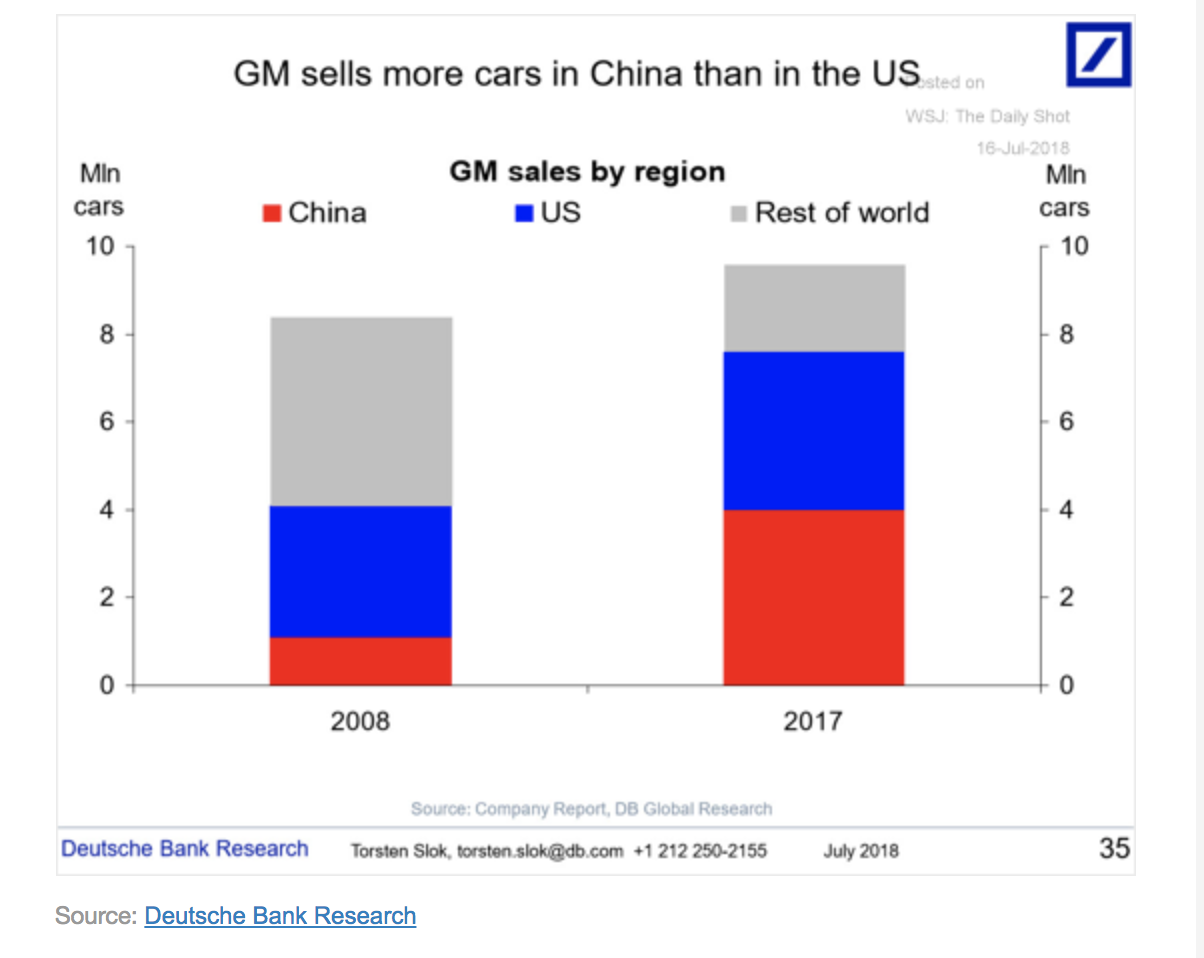 Cars are classic purchases of increasingly affluent consumers. But the basic input to Chinese industrialization is steel. China has transformed the global steel economy doubling global capacity since the early 2000s. At the same time it has also transformed the global market for iron ore.  Since China has little natural iron ore this has to be imported. The result is one of the most spectacular graphs in economic history. 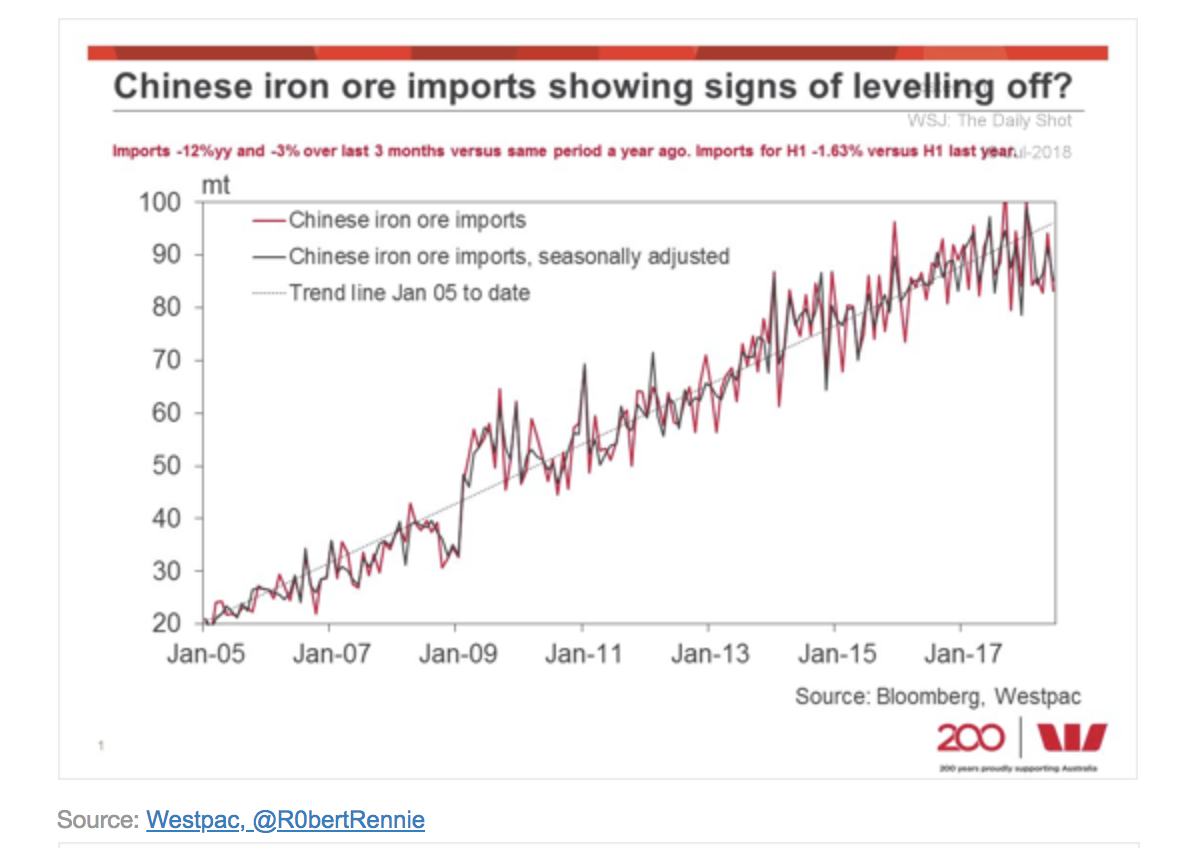 This creates irresistible incentives for Western mining companies. In the 1980s and 1990s they had increasingly focused on supplying the giant steel mills of Japan and South Korea. That was a gentlemanly market managed by long-term contracts. From the 2000s RTZ and BHP shifted their focus to servicing China’s ore merchants. The profit that beckoned were enormous, but so too were the risks. In the ensuing tussles over prices and supply contracts even the largest Western multinationals find themselves at risk of being outmuscled by the Chinese authorities. Bloomberg has this excellent report on RTZ experience at the hands of the Chinese in the wake of the 2008 crisis: When Rio Tinto met China’s Iron Hand. 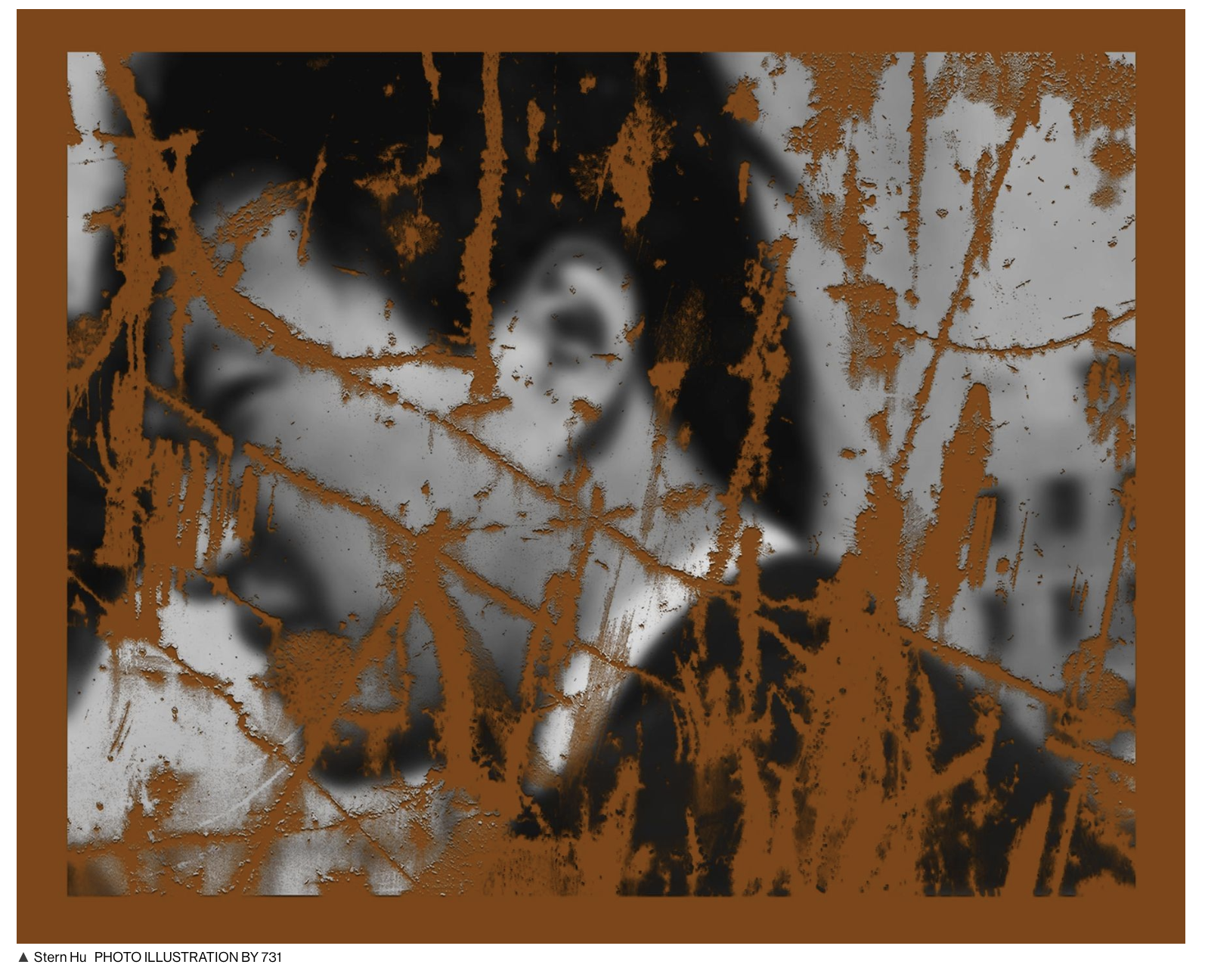 In the 1990s Western geopolitical strategists gambled that incorporating China into the WTO would reshape it as a “normal” market economy, a biddable player in the global system, a “responsible stakeholder”. Political and institutional change would follow economic growth. The Communist party took the other side of that bet. They gambled that presiding over a growth boom would strength their authority and increase their resources. Of course, the game is not fully played out. But so far it is not looking good from the Western side.

The technological resources at the disposal of the Chinese regime are unlike any previously deployed by an authoritarian regime: this report by The Economist about the regime imposed on the Uighur population of Xinjiang Western China makes for truly chilling reading. 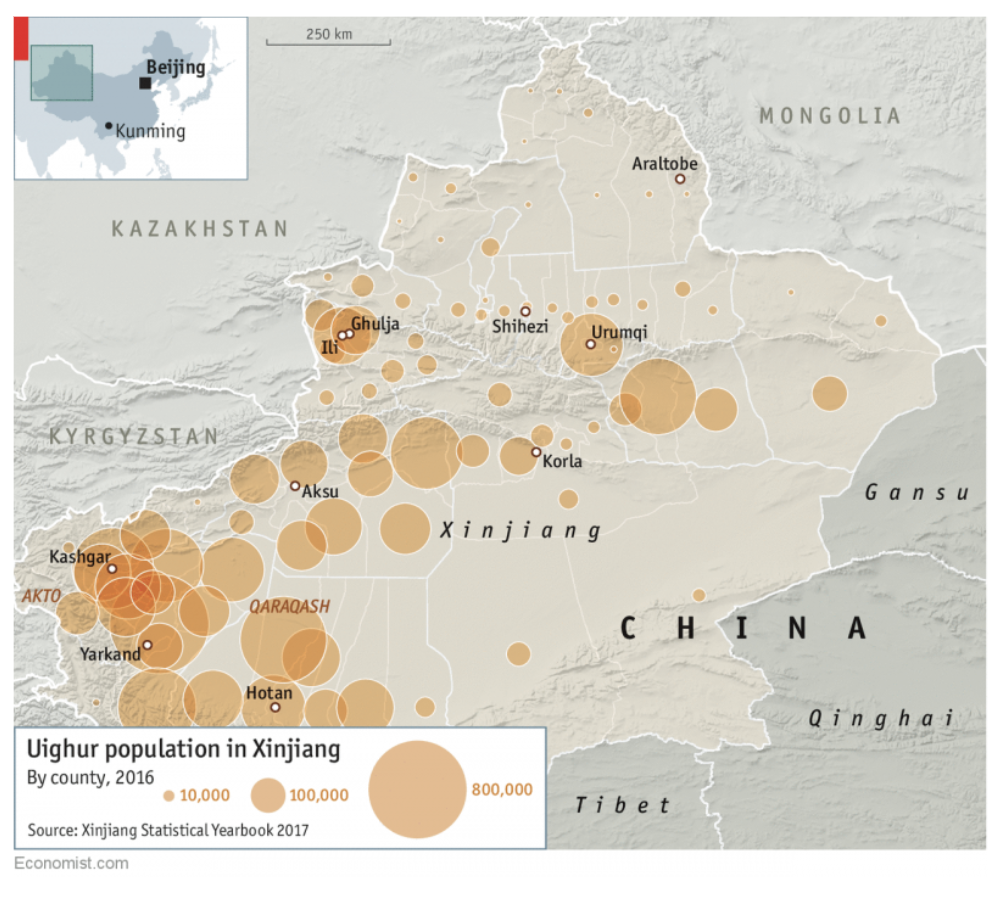 Xinjiang is a strategic region. The Uighur are a small minority. Beijing seems utterly determined to crush them into total subordination, deploying huge numbers of personnel, sophisticated technology and ruthless repression. 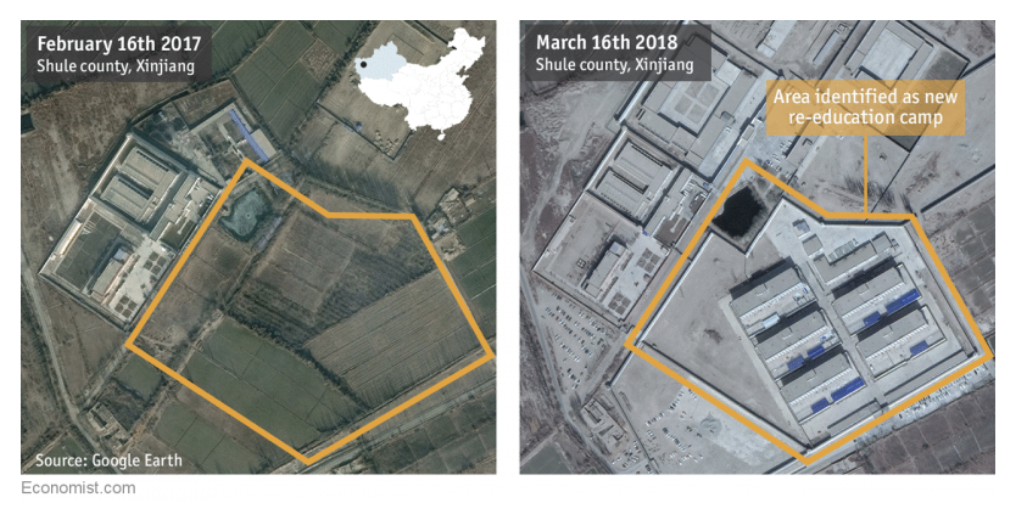 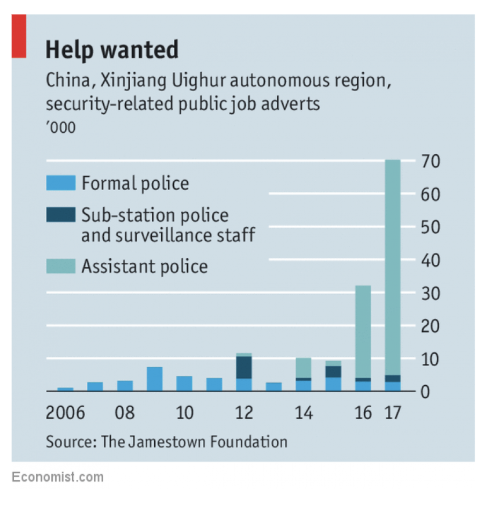 Drawing on on the ground research, academic investigations, interviews, satellite imagery and labour market and demographic data, the report conjurs the image of a society of total control. Somewhere between 500,000 to 1 m people have been detained, one third to one sixth of the prime age male population. Police stand on every corner.

The West is dealing in China with a regime the likes of which the world has never seen before. It is huge in scale. It is unapologetic in its refusal of western norms and its commitment to its own power and vision. At the same time it delivers spectacular economic growth. And in so doing, rather than repelling Western economic interests, it sucks them in. This is an unprecedented challenge.

The effect is felt well beyond “The west”. Barely a week goes by without some announcement about Chinese investment around the emerging markets and low-income economies of the world. In many parts of the world economy the effects are spectacular. It is important to be clear about the differences between announcements and real investments, stocks of accumulated capital and new flows. But, as this data from SAIS China-Africa Research Initiative show, if China has another half decade in Africa like the last one, it will overtake the United States in terms of the stock of FDI. 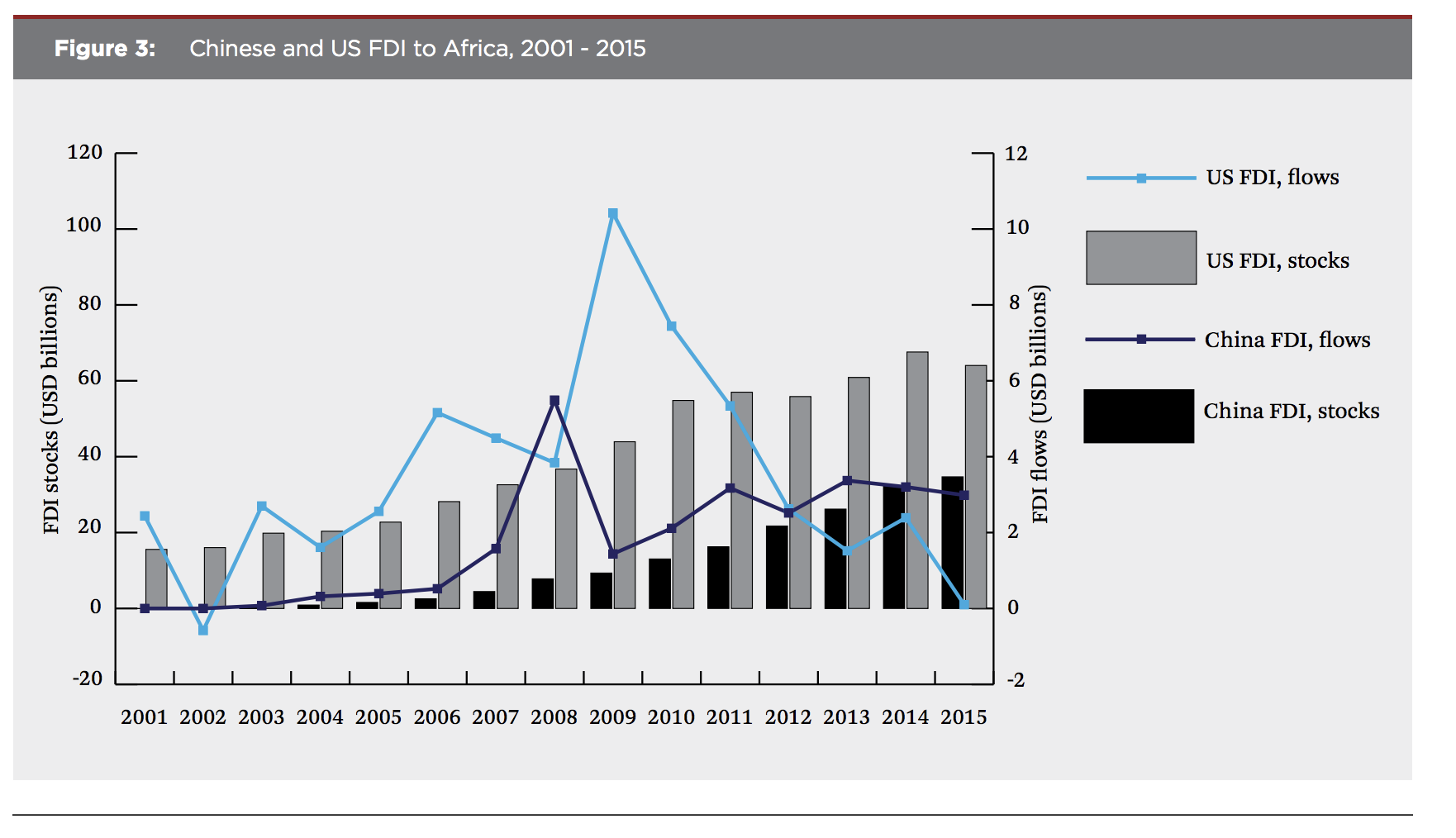 China’s ExIm bank is rapidly catching up with total World Bank lending to Africa and dwarfs that by America’s ExIm bank. 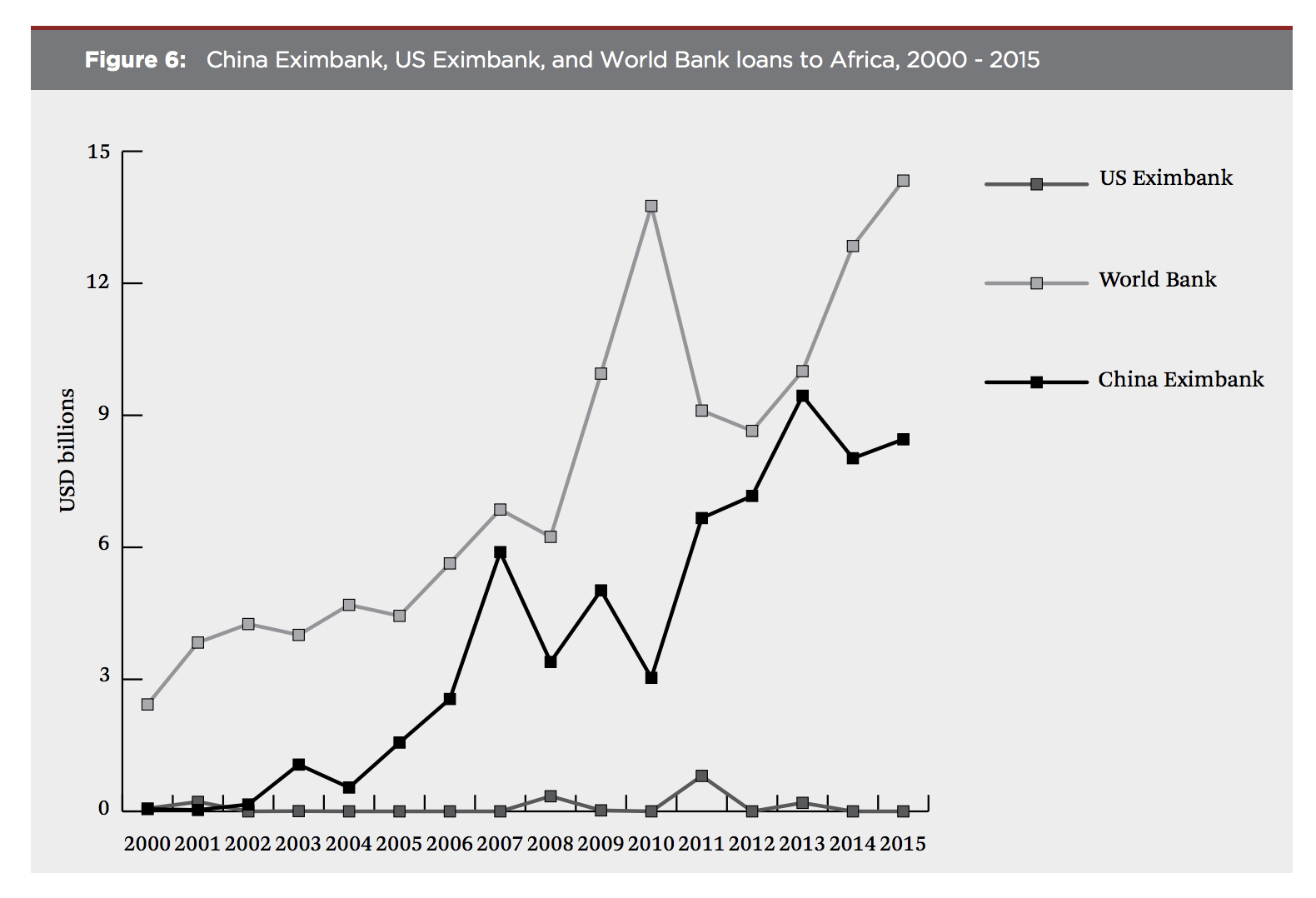 Clearly the Trump administration approaches the challenge through a fog of crude preconceptions. But the challenge to Western trade policy from the rise of China is real. Anyone wanting a deep dive on mounting trade tension should consult Brad Setser’s brilliant post on the backdrop to the Sino-American trade war. Brad is a heavy-weight expert and blogger and this is Brad at his most in-depth.

Of course, the most basic question is whether China’s growth machine is in fact unstoppable. In 2015-2016 it appeared as though it might come to a shuddering halt. On this question another blogpost to come.

PrevPreviousFraming Crashed II: 2008, the Crisis of the National Macroeconomics and the “Revolution” of Macrofinance
NextFraming Crashed (3): Trans-Atlantic Power, Money and PoliticsNext
related posts