Notes on the Global Condition: Crisis in the Heartland – Homage to Peter Gowan 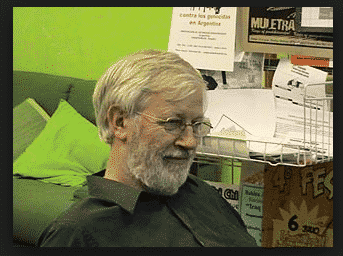 Interested in global political economy? US power? The crisis of 2008 and after? If you have a few minutes today read a short but brilliant essay by the late Peter Gowan that appeared in New Left Review in February 2009, “Crisis in the Heartland”.

Sometimes when reading one stumbles on a piece that is like a kindred spirit. In this case it seemed to me, reading Gowan a few weeks ago, that I had found a Doppelgänger, or rather the better double that I wish I was. Finishing a manuscript on the genesis of the 2008 crisis and its aftermath, I found that I was not just in agreement with Gowan, not just in agreement on ideas and sources, but in agreement at the level of which particular passages from which particular sources to quote. It was like reading a condensed, edited and improved version of my own draft chapters, written by somebody else, 9 years ago who did not have the benefit of hindsight that we enjoy but saw the world with what, at least to me, seems like brilliant clarity.

To see the basic source of my enthusiasm read this extended quote from the opening pages: “An understanding of the credit crunch requires us to transcend the commonsense idea that changes in the so-called real economy drive outcomes in a supposed financial superstructure. Making this ‘epistemological break’ is not easy. One reason why so few economists saw a crisis coming, or failed to grasp its scale even after it had hit, was that their models had assumed both that financial systems ‘work’, in the sense of efficiently aiding the operations of the real economy, and that financial trends themselves are of secondary significance. [4] Thus the assumption that the massive bubble in oil prices between the autumn of 2007 and the summer of 2008 was caused by supply-and-demand factors, rather than by financial operators who, reeling from the onset of the crisis, blew the price from $70 a barrel to over $140 in less than a year, before letting the bubble burst last June; a cycle with hugely negative ‘real economy’ effects. Similar explanations were tendered for soaring commodity prices over the same period; yet these were largely caused by institutional investors, money-market and pension funds, fleeing from lending to the Wall Street banks, who poured hundreds of billions of dollars into commodities indices, while hedge funds with their backs against the wall pumped up bubbles in coffee and cocoa. [5]

Breaking with the orthodoxy that it was ‘real economy’ actors that caused the crisis carries a political price: it means that blame can no longer be pinned on mortgage borrowers for the credit crunch, on the Chinese for the commodities bubble, or on restrictive Arab producers for the sudden soaring of oil. Yet it may allow us to understand otherwise inexplicable features of the crisis; not least, as we shall see, the extraordinary growth of sub-prime itself. We will thus take as our starting point the need to explore the structural transformation of the American financial system over the past twenty-five years. I will argue that a New Wall Street System has emerged in the US during this period, producing new actors, new practices and new dynamics. The resulting financial structure-cum-agents has been the driving force behind the present crisis. En route, it proved spectacularly successful for the richest groups in the US: the financial sector constituted by far the most profitable component of the American and British economies and their most important ‘export’ earner. In 2006, no less than 40 per cent of American corporate profits accrued to the financial sector. [6] But the new structure necessarily produced the dynamics that led towards blow-out.

This analysis is not offered as a mono-causal explanation of the crisis. A fundamental condition, creating the soil in which the New Wall Street System could grow and flourish, was the project of the ‘fiat’ dollar system, the privatization of exchange-rate risk and the sweeping away of exchange controls—all euphemized as ‘financial globalization’. Furthermore, the system could not have risen and flourished if it had not offered answers—however ultimately pathological—to a range of deep-seated problems within American capitalism overall. There is thus a rational, dialectical kernel in the superficial distinction between financial superstructure and the ‘real’ US economy. In what follows, I will first sketch the main elements of the New Wall Street System, and briefly show how its crisis took such spectacular forms. I will then argue that, to understand the deeper roots of the malaise, we do indeed need to probe into the overall socio-economic and socio-political characteristics of American capitalism as it has evolved over the past twenty-five years. I will raise the possibility of systemic alternatives, including that of a public-utility credit and banking model. Finally, I will consider the international dynamics unleashed by the present crisis and their implications for what I have elsewhere described as the Dollar–Wall Street Regime.”

Gowan then goes on to elaborate a brilliant sketch of the extended Wall Street-City of London financial complex. But he does not just offer an international political economy, he mobilizes Adrian and Shin’s essential paper, Tobias Adrian and Hyun Song Shin, ‘Liquidity and Leverage’, Staff Report no. 328, Federal Reserve Bank of New York, May 2008. Gowan must have read this brilliant dissection of the inner instability of the market-based financial system within months of its appearance. He appreciates not just its technical claims but their import for his wonderfully elaborated account of the political economy of the extended Wall Street system.

The poignancy of reading the essay is increased by the knowledge that Gowan finished it under the shadow of terminal illness. He died in June 2009. In memoriam, the New Left Review published this illuminating interview and an obituary essay by Tariq Ali.

With Gowan they lost what to my mind was the most acute analyst of the crisis on the left. He had all the pieces in his hands already in 2009.

PrevPreviousNotes on the global condition: the dollar funding crisis of 2008 and the Fed’s unheralded rescue operation
NextBlitzkrieg manqué or a new kind of war? Interpreting the Allied Victory in the Normandy campaignNext
related posts