America’s Political Economy: The Fed and the Markets – Putting Your Ear to the Echo Chamber 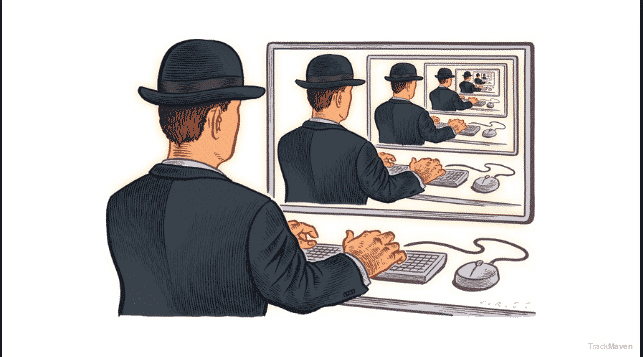 Fed is getting serious about shrinking its $ 4.48 trillion balance sheet. The economics and politics of this are extremely delicate. It is both crucial to future outlook for the US and world economy that they get this right and a fascinating case study in the politics of monetary policy in the post-crisis period.

Buying the gigantic bond portfolio was about raising bond prices, driving interests rates down, removing bad assets from fragile balance sheets, providing liquidity, taking a lot of maturity mismatch of private sector balance sheets and stabilizing the bond markets. The Fed hasnt actively traded its portfolio. This has compressed volatility in the bond market. As it unwinds the portfolio all of those variables are in play.

It involves both high-intensity discussion within the elaborate structure of the Fed system and with the outside world.

“All indications suggest that conversations around the balance sheet have accelerated,” said Carl Tannenbaum, chief economist at Northern Trust Company, a Chicago-based asset manager. “The consideration of everything from design of the program to communication seems to have intensified.”

“Fed staff routinely seek feedback from investors and bond dealers to get a fix on sentiment and expectations. The New York Fed confirmed the discussions and said it is part of regular market monitoring. The Fed is getting closer to disclosing its plan, and conversations have become more intense. “They are gauging what’s the extent of weak hands in the market that will dump these assets,” said Ed Al-Hussainy, a senior analyst on the Columbia Threadneedle Investment’s global rates and currency team. “They are calling all the asset managers. It is not part of the regular survey.””

The highly influential Fed Vice Chairman Stanley Fischer in a recent speech at Columbia University pointed out that “Information gathering is an important part of managing market expectations — for the simple reason that you do not know if you are going to surprise the market unless you have a good estimate of what the market is expecting,”.

The Fed draws input from a regular survey of market participants which has recently included questions about bond market players expectations of balance-sheet reduction. The Fed also channels communication through the “New York Fed’s Investor Advisory Committee on Financial Markets”. This panel was created in the summer of 2009. It currently “includes Ray Dalio, the chairman of Bridgewater Associates LP, and Dawn Fitzpatrick, chief investment officer at Soros Fund Management — included an agenda item on global central bank balance sheets.” New York Fed President William Dudley, the vice chairman of the policy-setting Federal Open Market Committee, and a right-hand man to both Bernanke and Geithner (when he was at NY Fed) chairs the advisory panel. The Committee’s website is here. And here is the membership list as of April 2017. 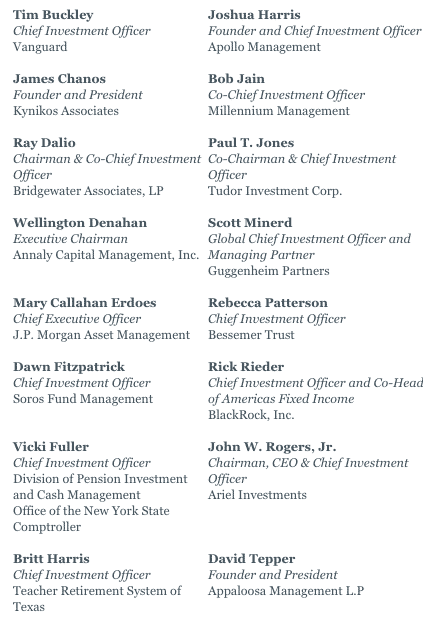 One could say a lot about this committee and its composition. Perhaps on the occasion of the release of its April minutes. But for one thing and in light of a discussion in another place, it is astonishingly American!

In April, the Advisory Cttee were asked about their “expectations for the normalization of central bank balance sheets, both in the U.S. and abroad, the agenda item said. It also questioned what strategies they expect different central banks to use and the different challenges that may be faced.” The ECB has been building its balance sheet rapidly since the spring of 2015. The Bank of Japan’s balance sheet is absolutely gigantic.

So much for the channels of communication. What are the stakes? The Fed is talking tough, suggesting 2 or more rate hikes. The US labour market is tightening. They seem to want to build a case for short-term interest rate hikes. The bond markets don’t believe the hype. They think long-term prospects are no better than the recent average and so dont actually think a long-term interest rate increase is likely. They are betting in effect not just on the economy, but also on expectation that Fed will in the end come round to their view. It has been described by one analyst as the Fed and the markets staring each other down.

How has it come to this?  Caroline Baum at Marketwatch gives a run down of the disconnect. Fed has talked too much about rate increases but done not enough. The markets doubt that rates will actually go up. The markets see a huge gap between soft data pointing to optimism and real data which suggest that the US economy will continue to chug along at a modest an unexciting 2 % growth pa and therefore expect no dramatic action. Analyst circles are full of talk about a world in which interest rates remain stuck at or close to the zero bound for the foreseeable future. Some of this has recently come from the Fed’s own staff. The market’s ears pricked up when two senior Fed economists gave a paper at Brookings recently arguing that in light of secular stagnation the Fed should raise its inflation target to avoid getting stuck at zero interest bound. As recently reported by Bloomberg San Francisco Fed head Williams has put his authority behind idea that the neutral rate of interest (the rate at which the Fed provides neither contractionary nor stimulative impulses) is bumping along at zero. In other words the current low interest rate position is actually contractionary. So he won’t be voting for interest rate increases any time soon unless wages surge. 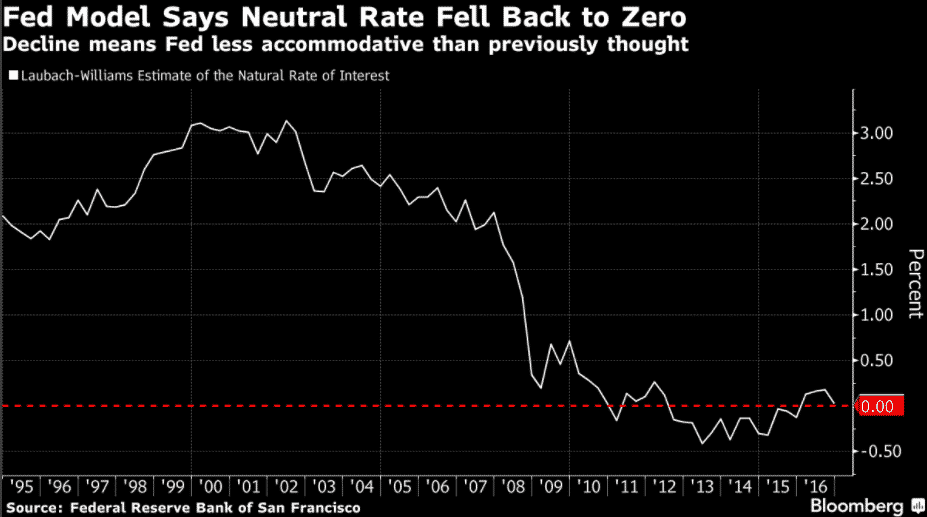 Through these kinds of channels intense debate within the Fed over issues in monetary economics spills over into the markets. Whether or not investors believe in the neutral rate of interest they know that key Fed officials do. Meanwhile, at the other end of the spectrum, big speculators went through a phase early in the year of betting heavily against bonds (expecting sharp interest rate increases on the back of the Trump-flation story). When those short-term bets against bonds unwind, the next movement of bond prices will be upwards, lowering interest rates. And even if the Fed starts liquidating its bond portfolio, the banks have huge $ 2.2 trillion cash deposits with the Fed which can easily absorb those bond sales without squeezing the banks in a serious way.

This is a hypercomplex and self-reflexive ecology with huge stakes. One can of course reduce it to a simple story of “bond market pressure”. And there are actors out there who will talk in such crude terms. PIMCO put someone on one of the news channels to  talk tough about “bond vigilantes”. But the “vigilantes” are always other people. And the warning is conditional. The vigilantes could emerge if the Fed doesnt keep inflation under control etc etc.

Vigilantes are a bit of a cliche at this point. More interesting things to watch may be on the technical side. As the Fed draws down its portfolio of Mortgage Backed Securities this is likely to increase volatility in that market. Efforts to hedge risk in the market for mortgage backed bonds may spill over into greater volatility in the market for US Treasuries. And this is where the long-term outlook on inflation/stagnation could come into play. As Bloomberg reports: “It’s not just hedging in the MBS market that could hit Treasuries. Insurers, which have been buying protection against lower yields for years, may now do the opposite, especially if the upswing in growth and inflation continues and share prices keep rising, said Dominic Konstam, Deutsche Bank AG’s global head of rates research. “That switch can flip if there’s a real breakout of the secular-stagnation story,” he said.”

On the other hand there is nothing that financial engineers and investment bankers like more than volatility. It is where trading profits are to be made.