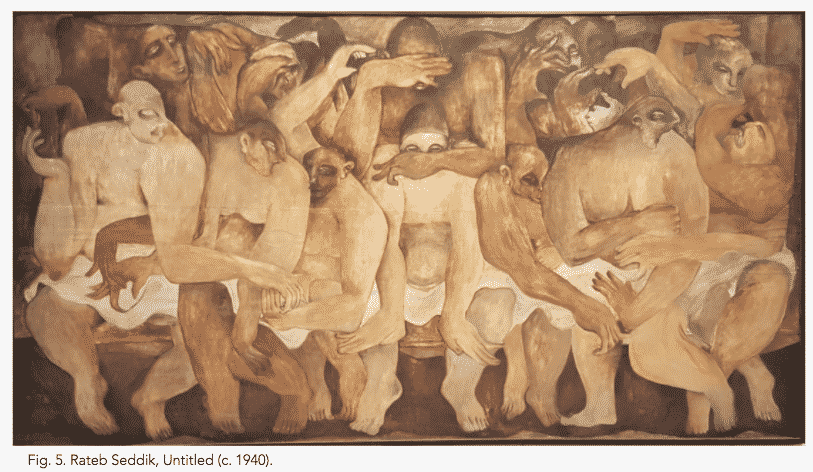 I was struck by conjuncture of two major exhibitions, one in Paris at the Pompidou one in Cairo at the Sharjah Art Foundation, on surrealism in 1930s and 1940s Egypt. Very sad that I wasn’t able to visit either. But, I love the new wave of global art history exhibitions (Global Dada at the MOMA was fantastic) and was sufficiently intrigued to do some reading. This post by Aneka Lenssen, global modern art historian (now that is a cool job) at Berkeley’s art history department was very useful. This was a nice write up with great images at hyperallergic. Indispensable also http://www.egyptiansurrealism.com/

(1) There’s a lot of really very striking Egyptian surrealism. For a gallery see this great website. 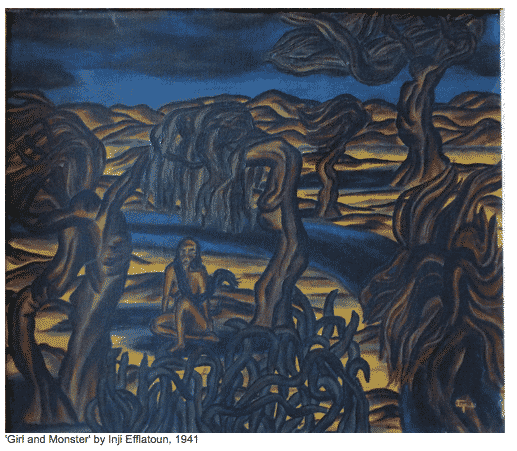 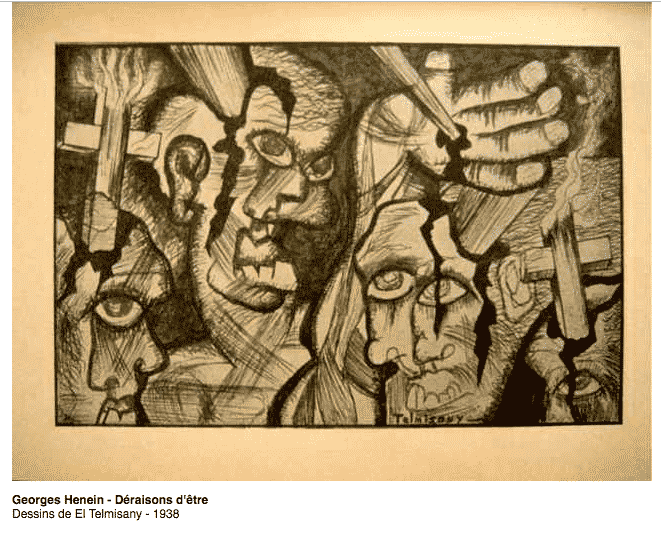 (2). One should not underestimate the political charge of 1930s surrealism and the difficulties this can pose for art historical classification. The anti-fascist commitments are clearly one of the powerful motivators and organizing forces. As Lenssen puts it: “The group announced itself as such on December 22, 1938, when thirty-seven intellectuals resident in Egypt signed a manifesto titled “Long Live Degenerate Art,” which declared their opposition to the reactionary attacks on art in Hitler’s Germany, with its entartete Kunst campaign, and elsewhere, in Vienna and Rome.” But this seriously understates what was at stake by cutting away the specific revolutionary politics that were engaged. The politics of the movement are better brought out by this post: “The greatest and most lasting impact of the Egyptian surrealists’ projects was the creation of the “Art and Liberty Group” (in Arabic the initials are “JFH”), which had been set up as a chapter of the International Federation of Independent Revolutionary Art (acronymed “FIARI” in French), a global network of intellectual and creative workers pledged to “emancipating the imagination from any and all constraints” by any means necessary. FIARI was formulated in Coyoacán, Mexico at the home of Frida Kahlo and Diego Rivera in the summer of 1938 by surrealist poet André Breton and exiled revolutionist Leon Trotsky with the manifesto “For an Independent Revolutionary Art.” This brief joint statement from Mexico proposed FIARI as a critical response to the reactionary cultural politics of Hitler, Stalin, Mussolini, and Franco. FIARI was described as a free forum of “divergent aesthetic, philosophical, and political leanings”; it was to be open to all so long as there was a complete commitment to the radical freedom of all creative expression in the culture wars against the repulsive racist Nazi “New Traditionalism,” the Third International’s insipid regimes of socialist realism and proletarian literature, and all other authoritarian policing of free thought and expression. The “For an Independent Revolutionary Art” statement concludes with a dialectical couplet that succinctly captures the goals of FIARI: “We want the independence of art for the revolution and the revolution for the extreme liberation of art.” I read these lines before I realized who wrote them. I panned up to the top of the page and discovered they are by the late great Don LaCoss a beloved friend, whose early death was a painful loss to an entire community of friends and colleagues. Becky and I discussed Don’s work with him over many years. Going to bed last night I was aware of a couple of motivations for writing this post, but Don’s influence on me was not one of them. Anyway, it is both moving and delightful to stumble across his important work. Don’s great mission, his lifelong commitment was to bring true political history, a political history of the left to art history. So I will extend this little monument with a further quote in which Don drives home his point: “It bears repeating here that Art and Liberty was not a surrealist group. Rather, it was a broad-based, non-sectarian alliance of left-wing, modern-minded writers, artists, and radical activists who had been brought together and animated by a cadre of Egyptian surrealists in support of the FIARI platform as concocted by Breton and Trotsky. The Egyptian surrealists recognized that surrealism would find little appeal in that country; they felt that the surrealists’ advocacy for open creative expression and more personal and political liberties would find wide purchase, however. Although surrealist presences and affinities were unmistakably at work, Art and Liberty’s activities were never exclusively or expressly designated as surrealist endeavors. As an example of this, it was not unusual to find them promoting non-surrealist writers like Leo Tolstoy, Anton Chekhov, and Aldous Huxley through Arabic translations. A work by First Generation Egyptian painter Mahmud Sa‘id called Girl with Golden Curls (1933) was used almost iconically by Art and Liberty as a modern and original example of art freed from the prohibitions of the society where it was produced, but it was never designated as a surrealist work. Further, most of the participants in the Art and Liberty group never fully adopted surrealist positions in their work, such as portrait photographer Ida Kar, architectural photographer Hassia, painters Inji Aflatun (later a leading feminist human rights activist in Egypt), Amy Nimr, Ezekiel Barukh, Husayn Yusuf Amin, Suzy Green-Viterbo, graphic artist Abu Khalil Lutfi, and the writer Albert Cossery. In a few of his essays on Art and Liberty from the 1990s, Iraqi poet and journalist ‘Abd al-Qadir al-Janabi emphasizes the collective style of the group as “social expressionism,” a label that I find particularly useful in distinguishing between the Egyptian surrealists’ creative works and those of their FIARI-inspired organization. In short, Art and Liberty was not an overseas franchise of the Paris surrealist group – though it had been activated by artists and writers who had adapted some of international surrealism’s principles for use in Egypt, Art and Liberty was an organization committed to ushering in modern, radical change from any number of ideas and influences from multiple cultures.”

(3) Within the art field, political confrontation corresponded to the clash between surrealism and futurism, Marinetti and Breton. In Egypt this had a particular resonance because of the influence of French culture (in part a legacy of French colonialism, in part in opposition to the Brits) and the proximity and influence of Italian colonialism via Libya. In 1938 this manifested itself as Lenssen explains: “These ties reached a crisis of sorts in 1938, when Marinetti visited Egypt in the role of propagandist. During a lavish Cairo fete arranged by right-wing futurists and their society friends, Henein and others launched a protest and shouted Marinetti down. Their action establishes yet another point of beginning for Art et liberté’s collective opposition.” 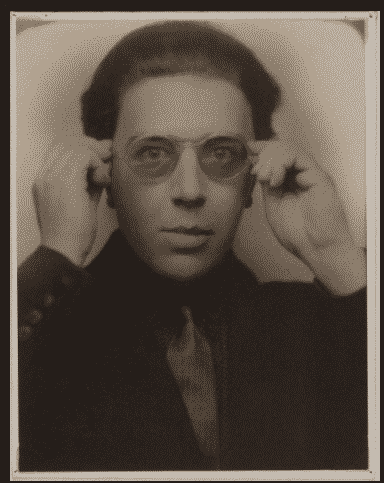 (4) The British empire was a remarkable matrix for mobility and weird cross-connections. Lenssen on the Pompidou show: “Finally, the exhibition highlights the presence of avant-garde British poets and artists in Cairo as well, many of whom joined the Egyptian group’s final few exhibitions. Victor Musgrave was stationed in Egypt as an active serviceman—he exhibited in the 1945 show La Séance continue. Robert Medley, who exhibited in the same show, worked as a military artist. Still others, such as Lawrence Durrell, who left Greece after the Nazi invasion, lived there for years as unaffiliated persons of letters. And the salons hosted by Amy Nimr Smart, a painter married to a British diplomat, helped to solidify contacts between the group. Equally noteworthy as an actor in regional surrealist developments (although not mentioned directly by Bardaouil) is Simon Watson Taylor, an anarchist poet and a secretary to the Surrealist Group in England. In 1944, he toured to Cairo as a member of a military entertainment unit, where he met with Henein, then onto Baghdad, where he got to know the editors of the cultural revue al-Fikr al-Hadith, with whom he published poems (which the journal translated into Arabic). What we learn is that, by the war’s purported end, these surrealist networks not only attracted adherents from soldiers and civilians alike, but they also fulfilled Art et liberté’s 1939 pledge to keep “the youth” in touch with world developments.” After the war Victor Musgrave would go on to found Gallery One, one of the key galleries for the development of avant-garde art in postwar Britain. 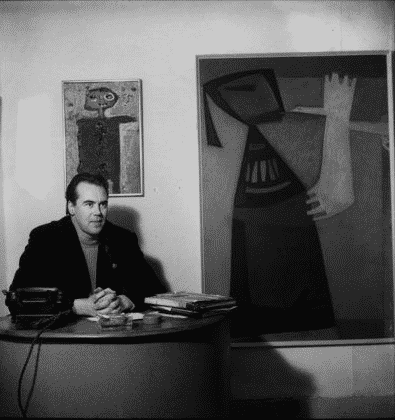 (5) I was wondering where Lee Miller, the surrealist photographer that “I used to know best” (as they say in EU diplomatic circles), belongs in this context. Certainly, reading this stuff helps me to understand how an American ex-pat like Miller could move from the Parisian scene where she was associated with Man Ray and do photography in Egypt that was clearly surrealist in inspiration. 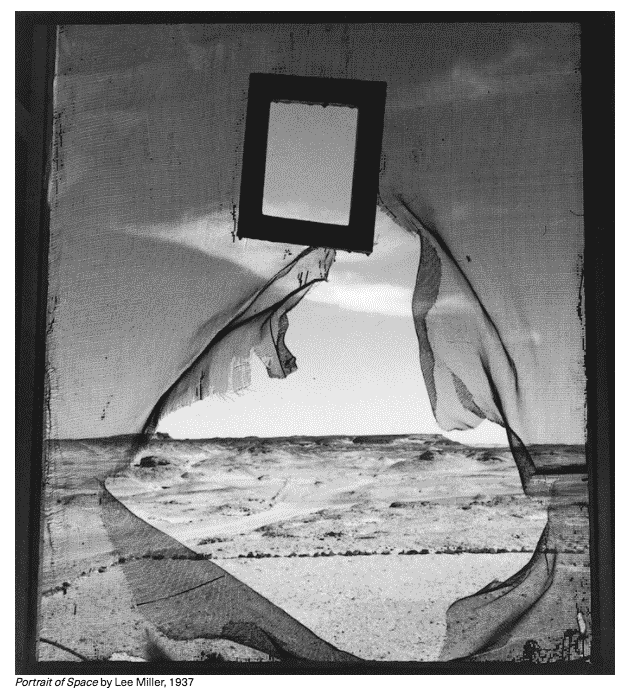 Not by accident – moving within the circuits of the British and French empires and the surrealist networks that spanned over them – Miller’s trajectory would take her to London in the Blitz and the D-Day beaches. See Becky Conekin’s beautiful and insightful biography of Miller.

(6)  The age of global great power war, starting in World War I makes Cairo and a region that the Brits learn to call “the Middle East”, into a vital crossing point. David Edgerton is all over this. 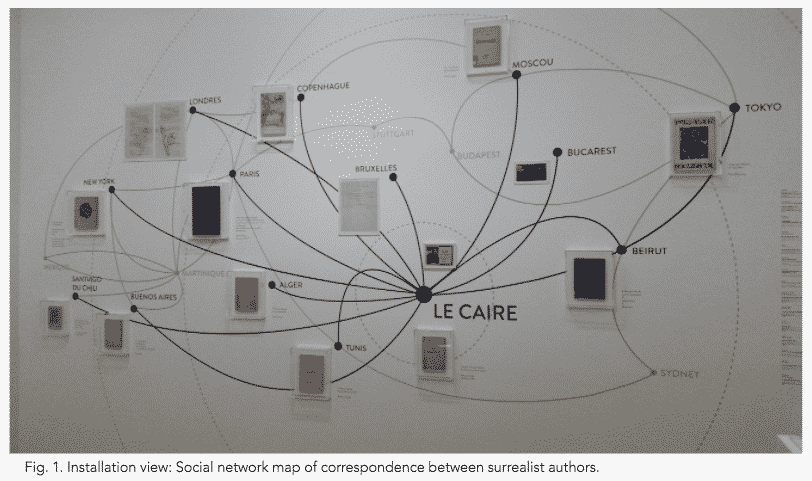 (7) Is Egypt, like India, one of the places from which one might reconstruct some of the political complexity of World War II rescuing it from the simplicities into which it so easily slides. I am looking forward to reading a Henein essay on “Of just wars and the dangers of winning them”. 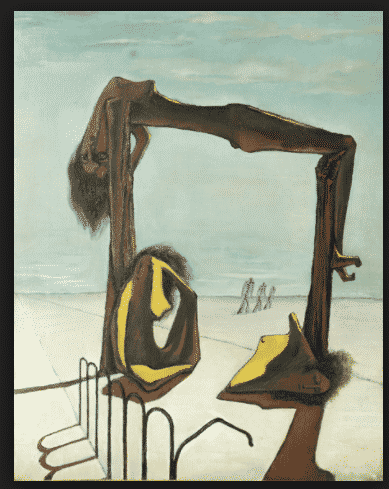