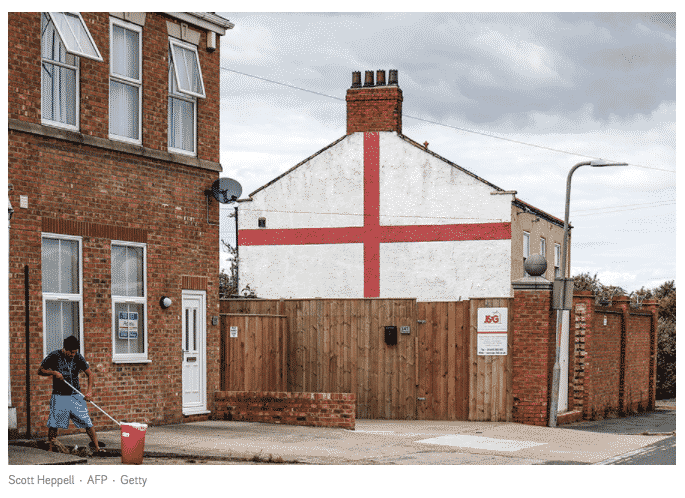 Perry Anderson gives us an overview of the anti-systemic political forces of the moment.  http://mondediplo.com/2017/03/02brexit

It isn’t the powerhouse-Anderson of the LRB essays, but it is worth checking out.

His choice of terms is clearly very deliberate. He avoids “populist”, preferring “anti-systemic”. This has the advantage of bringing the “system” that is opposed squarely into view. One of the many weaknesses of the term “populism” is that it tends to naturalize what is “not-populist”. System v. anti-system brings power squarely into view. Perhaps anti-systemic conflict should be added to the list of 8 approaches to the “white working class” revolt that I canvassed the other day. https://adamtooze.com/2017/03/02/notes-global-condition-mapping-debate-around-left-behind-white-working-class/

Anderson makes the valid point that “All the movements of the right except the AfD predate the crash of 2008; some have histories going back to the 1970s or earlier. Syriza took off, and M5S, Podemos and Momentum were born, as direct results of the global financial crisis.” But does not go on to explore what this means for those movements.

There is a truly striking difference in the social/cultural makeup of the supporters and voters for the left and right anti-systemic parties. The social correlates of the right-wing parties have been much discussed – low education, middle to low income, often post-industrial working-class and petty bourgeois, older etc etc. By contrast, all the political sociology shows that the anti-systemic movements of the left are classic “new left” formations with disproportionate representation of university-educated people and people working in the public sector. This is true even of Syriza the most broadly based of the left anti-systemic movements, which also, incidentally has a history that goes back before 2008. Of all of Greece’s political parties in 2014/2015 Syriza had the most precisely balanced support in terms of educational qualification.

This in turn points to the fact that left and right anti-system forces are products of quite different dynamics. The parties of the right are classic products of long-term structural change, going back to the 1970s. The crisis of the EU – both euro and the refugee crisis – offers them a chance to break through to a more broadly based electorate. By contrast, the movements of the left have emerged directly out of the crisis. They capture, mobilize and articulate the shocked response of socio-cultural groups who thought the future belonged to them and have discovered both the cyclical risks in capitalist growth and the structural biases that manifest themselves in “hard times”.

With this difference in mind, it becomes easier to see how right-wing anti-system rhetoric has been more consistently radical. On the left there is at least a residual sense (a reasonable belief, many of us continue to believe) that people have a European future to lose. By contrast, the right manage to persuade themselves and others that without a rupture there is no future.

Anderson skips the social composition point, but hones in on its effect. On the left, as Anderson puts it, “fear trumps anger”. The fear of systemic disruption trumps the radical energy of the left mobilization. By contrast on the right, faced with the Brexit question, “fear counted for less than despair”.

Would it be facetious to ask to complete the scissor, papers, stone game? If fear trumps anger and despair trumps fear, does anger trump despair? Isn’t that precisely Trump’s secret sauce?

Why has the left not been more consistent and powerful in its attack on “neoliberal integration”? According to Anderson it is because they refuse to recognize the hard facts. “All of this has kindled xenophobia: anti-systemic movements of the right have fed on it, and movements of the left have fought it, loyal to the cause of a humane internationalism. The same underlying attachments have led most of the left to resist any thought of ending monetary union, as a regression to a nationalism responsible for Europe’s past catastrophes. The ideal of European unity remains for them a cardinal value. But the present Europe of neoliberal integration is more coherent than any of the hesitant alternatives they have so far proposed. Austerity, oligarchy and factor mobility form an interconnected system. Factor mobility cannot be separated from oligarchy (AT emphasis): historically, no European electorate was ever consulted about the arrival or scale of foreign labour; this always occurred behind its back. The negation of democracy, which became the structure of the EU, excluded from the start any say in the composition of its population. The rejection of this Europe by movements of the right is politically more consistent than rejection by the left, another reason for the right’s advantage.”

This striking caricature of the political economy of the EU is strategic for Anderson because it fills the void left where a political sociology of the left and right anti-system forces ought to be. If freedom of movement in the EU is inseparable from oligarchy. Then it is reasonable to argue that the Left lacks courage in flinching away from the kind of rupture that Le Pen promises.

But what if the EU does not reduce to oligarchy. What if it actually generates benefits for, recruits and gives voice and agency to a substantial cohort of educated middle class and professional Europeans. And what if it is precisely those people, or their angry and disappointed younger siblings, cousins, etc who populate Podemos and the leadership of Syriza? Then their willingness to look for compromise, their willingness to try and make a deal with Brussels, the Commission, the ECB and Schäuble reflects not fear trumping radical anger, but a complex balance of interests. Those interests are, needless to say, not “given”, but are constructed, articulated and organized. They are based on historical wagers. And for all of those reasons there is a huge inertia, a huge reluctance to abandon the EU for the kind of radical insight that proclaims that “factor mobility cannot be separated from oligarchy”. There are so many other things that it cannot be separate from either.

And the reluctance simply to swallow that argument is also backed up by history. Since 1945 factor mobility has not always been defined by oligarchy or even closely associate with it. About the situation of the last few decades one can argue. But as far as the postwar period is concerned, at the height of the boom, in the most powerful European economy, the German labour movement was deeply involved in the politics of Gastarbeiter recruitment. Factor mobility was tied in that case to corporatism not oligarchy.

One might be tempted to say that this reveals the significance of Anderson’s third term, “austerity”. Is it under conditions of austerity that labour mobility is most directly tied to oligarchy? That is an interesting question. Certainly in the postwar boom period the association is not straight-forward.

The postwar UK would be an interesting contrast case. The fact that the UK throughout the early postwar decades remained a net exporter of people rather than an importer also had to do with a “tacit” bargain with electorate and the labour movement. Indeed, one might argue that the preoccupation with questions of “race relations” with regard to Commonwealth immigration was so intense that Britain’s labour market policy was profoundly suboptimal from the point of view of rapid economic growth. German authorities and key powerholders including the trade unions simply denied that the Gastarbeiter policy was anything other than a labour market policy necessary to ensure that its exporters got the workers they needed.

On the other hand postwar France is a case in which very rapid economic growth in the 1950s and 1960s went hand in hand with a truly cynical policy of officially tolerating massive illegal and poorly regulated migration. France was an instance (as was the US in the late 19th century) in which under boom conditions (anti-austerity), freedom of movement helped to shift the balance of class power in favor of the elite, or to mitigate the shift that might otherwise have occurred towards labour.

The EU experience even in that short period offered three different political economies of migration.

Must factor mobility be associated with oligarchy, in general and specifically in the European context? A strategic question for progressive politics.

PrevPreviousNotes on the Global Condition: Mapping the debate around the “left behind” white working class:
NextLogics of Brexit and the Perils of “Owning the Economy”: Engaging with Watkins and DaviesNext
related posts