America’s Political Economy: Wealth inequality so extreme that marketing struggles to keep up 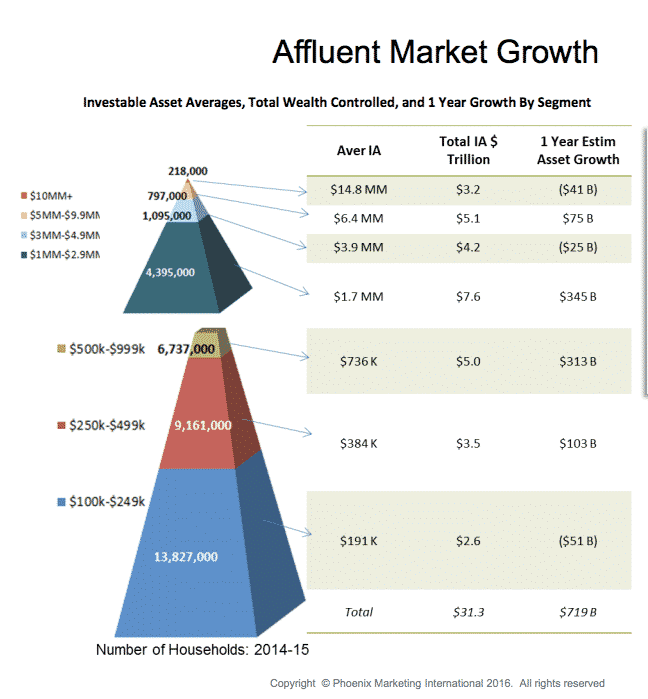 How does the mass of new data on inequality in wealth and income relate to discussions about class and power in America? Question prompted by some very striking data compiled by Phoenix Marketing International on the wealthy in the US.

So, the wealth being measured here is very mobile. It is not tied down in institutional plans or the house you live in. It is money that you can easily “throw around”. 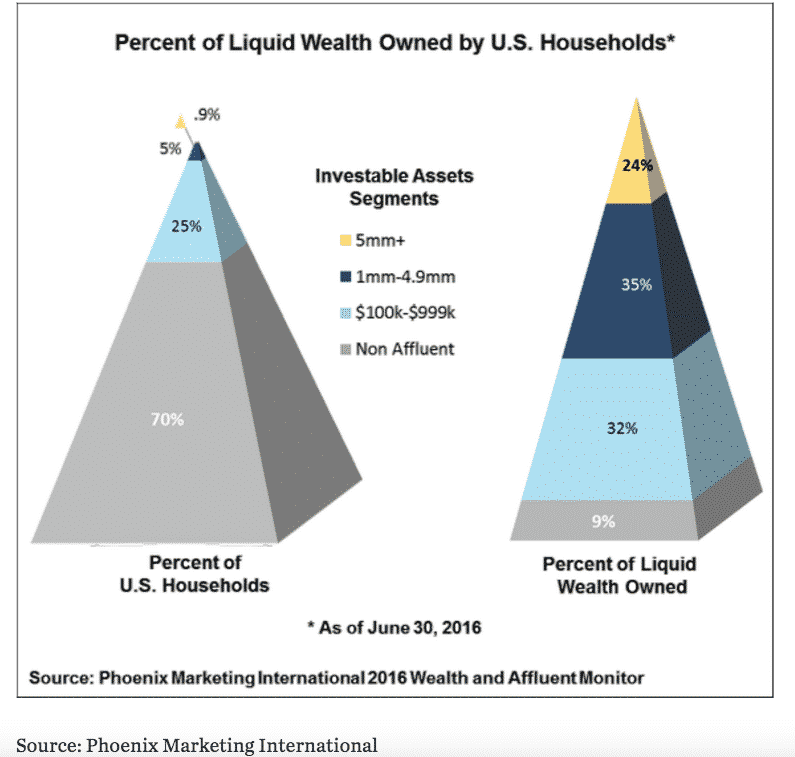 The data get really interesting when Phoenix start breaking down the group that does actually have some liquid wealth and when they start tracking its dynamics.

Roughly 30 million households are in the group that one would presumably want to designate as “middle class” in the classical sense of that word (obviously one could hang a long and complex historical discussion on this bald statement). They have investable wealth between $100k and $1 million.

The Graphs above cover 2015. The latest releasee of the data came out in February 2017. Phoenix summarizes its results as follows:

And the conclusion it draws is striking: ““Our research reveals stark geographic, demographic and economic differences within the broad wealth and affluent market, reinforcing the need for more precise segmentation and targeted, relevant messaging,” said David Thompson, Managing Director, Affluent Practice, at Phoenix Marketing International. “The trends we’ve seen over the past 10 years show a deeper and wider wealth divide as families in the near- and emerging affluent segments fall further behind financially.”

In other words the dynamics of wealth in the US right now are so extreme that they pose problems for effective marketing!